Local leaders and team owners are gathering at Lower.com Field on Tuesday to celebrate the pivotal moment. 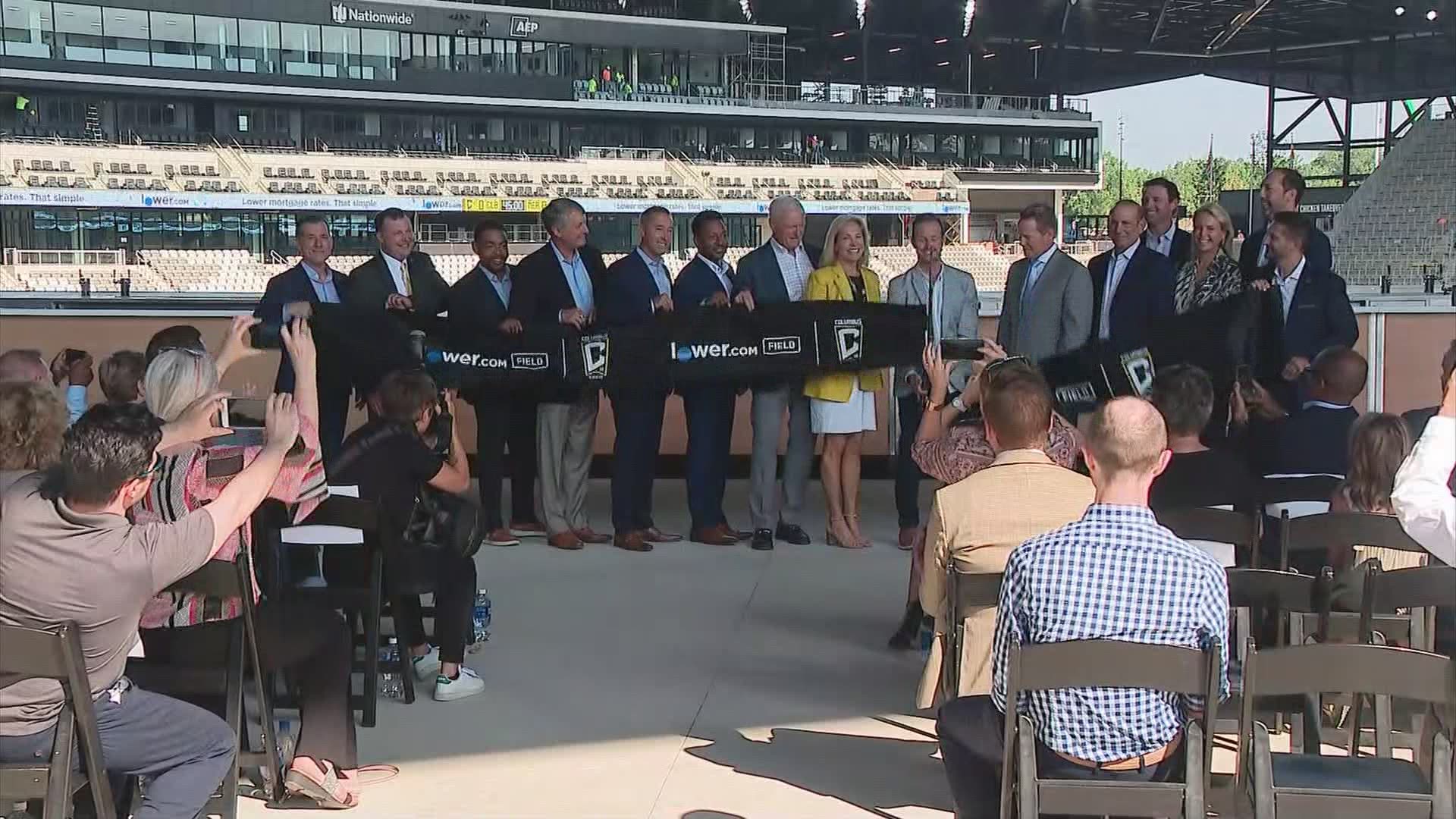 COLUMBUS, Ohio — The Columbus Crew celebrated the official opening of its new stadium with a ribbon-cutting ceremony.

Local leaders and team owners gathered at Lower.com Field on Tuesday to celebrate the pivotal moment.

"This world class facility is more than just a sports venue. It's a place where our families will rally together for generations to come," said Hardin.

The ceremony marks the beginning of a new era for the Crew, which will kick off its first Major League Soccer game against the New England Revolution on the new field this Saturday.

"You know, there's a saying in sports that goes: 'You miss 100% of the shots that you don't take. We took that shot, central Ohio. And here we are," said Boyce.

You can watch the full event below: