USA Gymnastics announced that Simone Biles would not be competing in the Olympic finals in the vault or uneven bars. 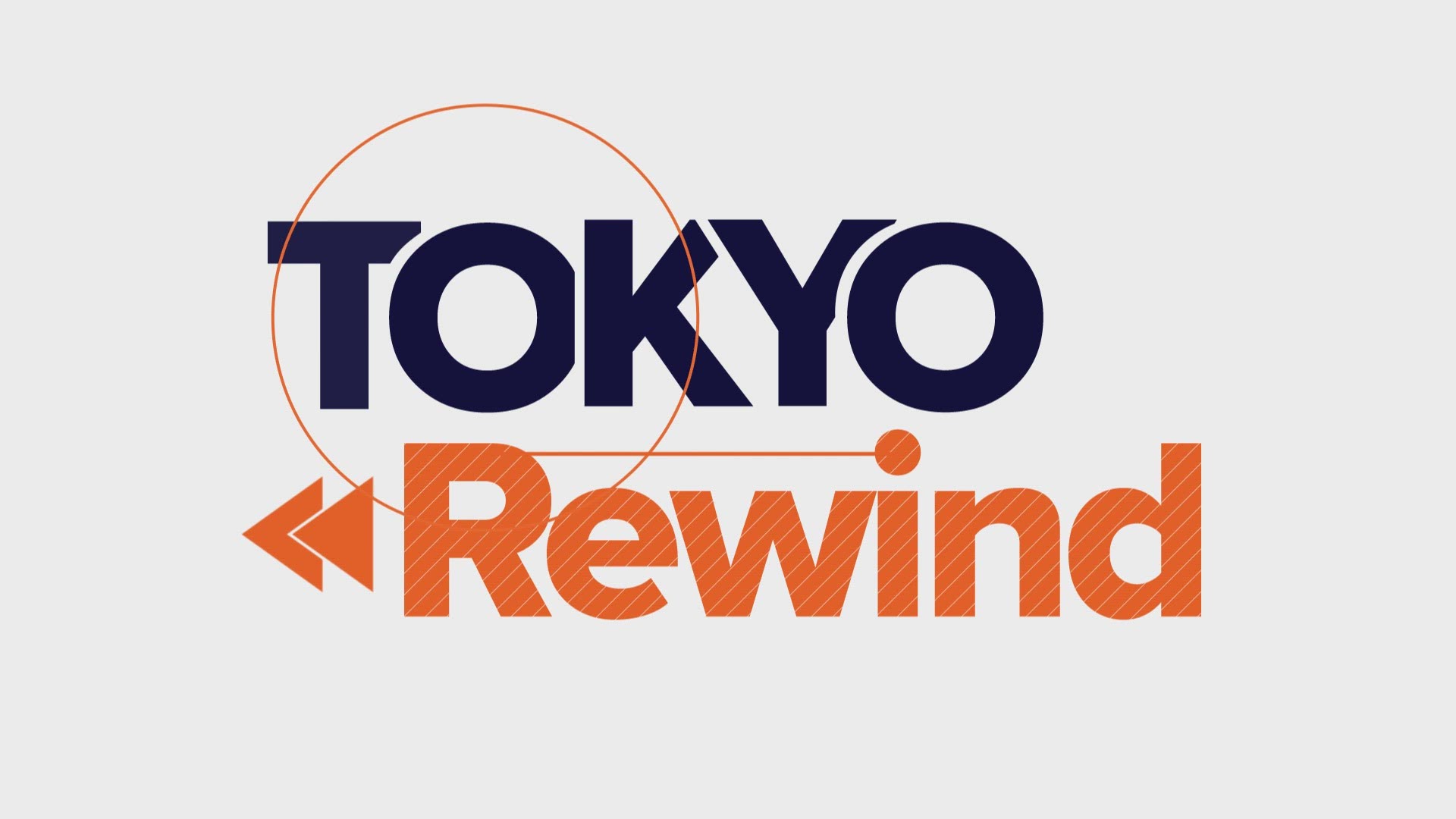 WASHINGTON — The United States had an eventful competition day on Friday at the Tokyo Olympics. Team USA swimming champions Caeleb Dressel and Katie Ledecky won gold, Team USA earned silver in a debut event and the U.S. women's soccer team is advancing to the semifinals.

Also on Friday night, USA Gymnastics announced that Simone Biles would not be competing in the Olympic finals in the vault or uneven bars. She continues to be evaluated daily to determine whether she’ll compete in the finals for floor exercise on Monday or balance beam a day later.

Biles said she was putting her mental health first when she withdrew from the gymnastics team event after one rotation. The U.S. women won silver there. She also chose not to compete in the all-around. American Sunisa Lee won gold in that event.

Caeleb Dressel added a world record to his growing medal haul. Katie Ledecky closed out her Olympics with another victory, too.

Continuing his march to being perhaps the biggest star of the Tokyo Games, Dressel won his third gold medal with a world record in the 100-meter butterfly Saturday.

About 20 minutes later, Ledecky claimed her expected gold in the 800 freestyle, though she was pushed hard by Australian rival Ariarne Titmus.

Ledecky finished up with two golds, two silver and a fifth-place finish at the Tokyo Aquatics Centre — not as successful as she was five years ago in Rio de Janeiro, but not bad at all.

Dressel led right from the start and held off Hungary’s Kristof Milak to touch in 49.45 seconds, breaking the mark of 49.50 that the American set at the 2019 world championships in Gwangju.

Milak, winner of the 200 fly, earned the silver with a blistering 49.68. The bronze went to Switzerland’s Noe Ponti.

Off then back on: Reinstated 4x400 relay

The U.S. men have a long history of dicey baton exchanges in the Olympic relays. So do the U.S. women. Their latest was a first-of-its-kind chance to flub one together; they did, but caught a break that means they might still win a medal.

The country’s star-crossed history in relay races reappeared in the Olympic debut of the 4x400-meter mixed relay Friday when the team was disqualified for a bad exchange only to be later reinstated after filing a protest.

Officials originally ruled that Lynna Irby has positioned herself outside the passing zone when she received the exchange from Elija Godwin. Later, they overturned that decision. USA Track and Field announced the change but did not provide details of what happened.

BREAKING NEWS: The U.S. 4x400M Mixed Relay team has been reinstated and will compete in Saturday's final.

US wins silver in event's debut

Ten teams competed in the race, with each one comprised of four athletes: two men and two women. Each athlete had to swim for 300m, cycle for 8km and run for 2km before tapping the hand of their teammate to pass the relay.

Credit: AP
The team from France pose with their Bronze medal in the mixed relay triathlon at the 2020 Summer Olympics, Saturday, July 31, 2021, in Tokyo, Japan. (AP Photo/Eugene Hoshiko)

In triathlon, the only relay that is competed on an international level is the mixed version, and its success has paved the way for it to be a staple on the international sporting calendar.

"Golden Slam" just out of reach

There will be no Golden Slam for Novak Djokovic.

The top-ranked tennis star lost to Alexander Zverev of Germany 1-6, 3-6, 6-1 Friday in the semifinals of the tennis tournament at the Tokyo Olympics. Djokovic was attempting to become the first man to win all four Grand Slam tournaments and Olympic gold in the same year. He won the Australian Open, the French Open and Wimbledon this year and needed the Olympic and U.S. Open titles to complete the collection.

Steffi Graf in 1988 remains the only tennis player to achieve the Golden Slam.

Zverev’s opponent in the gold-medal match will be Karen Khachanov. The Russian beat Pablo Carreno Busta of Spain 6-3, 6-3. Djokovic will play Carreno Busta for bronze.

Djokovic's hadn't lost since getting beaten by Rafael Nadal at the Italian Open final 2½ months ago.

Credit: AP
Novak Djokovic, of Serbia, returns to Alexander Zverev, of Germany, during the semifinal round of the men's tennis competition at the 2020 Summer Olympics, Friday, July 30, 2021, in Tokyo, Japan. (AP Photo/Patrick Semansky)

Megan Rapinoe converted the deciding penalty in a shootout and the United States advanced to the semifinals of the women’s Olympic soccer tournament 4-2 following a 2-2 draw with the Netherlands. United States goalkeeper Alyssa Naeher stopped Vivianne Miedema’s opening attempt in the shootout and then saved a shot from Aniek Nouwen before Rapinoe put her penalty away.

Rapinoe turned to her teammates, folded her arms and grinned in triumph after scoring in the shootout.

The United States will next face Canada in the semifinals in Kashima on Monday.