Earlier this month the International Olympic Committee, which just this month eased its longstanding ban on all athlete protest. 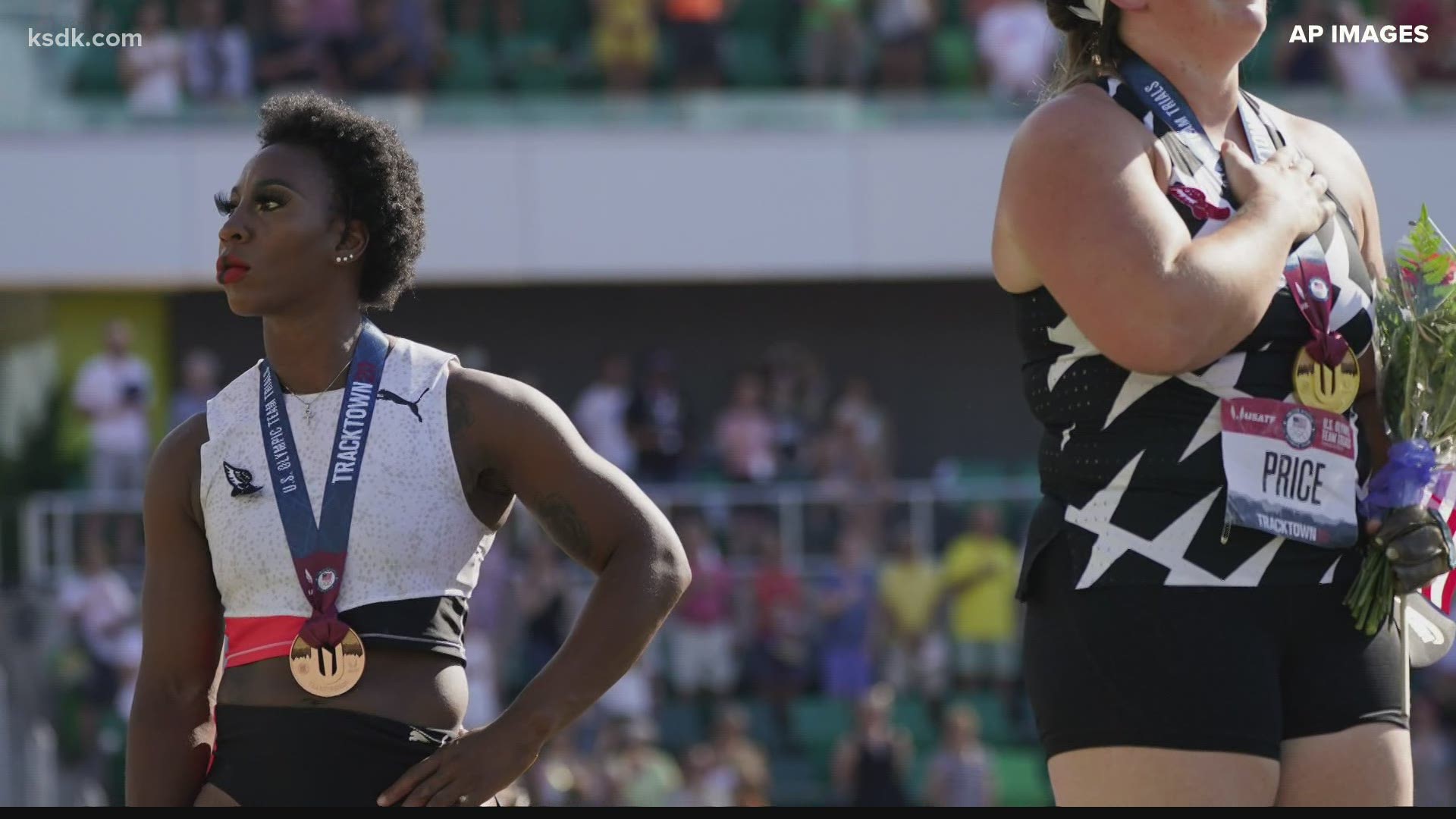 TOKYO, Japan — Athlete activism is making a comeback at these Olympic Games.

When play starts at the Tokyo Games on Wednesday, acts of free expression of the kind athletes were long banned from making at the Olympics will take center stage.

The British women’s soccer team has pledged to take a knee before kickoff against Chile in their Olympic tournament opener in Sapporo, to show support for racial justice.

“We want to show to everyone this is something serious," Britain defender Demi Stokes said. "What a way to do it, on an Olympic stage.”

One hour later in Tokyo, the United States and Sweden should follow in a gesture recognized globally since the murder of George Floyd 14 months ago. The England and Italy men's teams took a knee before the European Championship final this month.

What is common in modern soccer starts a new era for Olympic athletes more than 50 years after the raised black-gloved fists of American sprinters Tommie Smith and John Carlos in Mexico City made them icons and pariahs.

Credit: AP
FILE - In this Oct. 16, 1968, file photo, U.S. athletes Tommie Smith, center, and John Carlos extend gloved hands skyward in racial protest during the playing of national anthem after Smith received the gold and Carlos the bronze for the 200 meter run at the Summer Olympic Games in Mexico City. Australian silver medalist Peter Norman is at left. The U.S. Olympic and Paralympic Committee will allow raised fists and kneeling during the national anthem at upcoming Olympic trials. The USOPC released a nine-page document to offer guidance about the sort of “racial and social demonstrations” that will and won't be allowed by the hundreds of athletes who will compete for spots on the U.S. team in various sports. (AP Photo/File)

Still, it is a limited freedom allowed by the International Olympic Committee, which just this month eased its longstanding ban on all athlete protest inside the Games field of play. The change followed two reviews in 18 months by the IOC's own athletes commission which advised against it.

Gestures are now allowed before races and games start, on the field, and at the start line.

Medal podiums remain off limits for protest, and even the IOC concessions left each sport’s governing body free to retain the ban.

Lawyers who study Rule 50 of the Olympic Charter — that banned any kind of “demonstration or political, religious or racial propaganda” until July 2 — see issues ahead with athletes and the IOC heading on a fast track to the Court of Arbitration for Sport.

“I think we can clearly expect some frictions around Rule 50 in the coming weeks,” sports law academic Antoine Duval said when hosting a recent debate on the inevitable athlete activism at Tokyo.

FIFA has had a relaxed view on taking a knee since players were inspired by the Black Lives Matter movement last year.

“FIFA believes in freedom of speech and opinion, and this applies to players, coaches, officials and any other person or organization within the scope of FIFA’s activities,” soccer’s world body said in a statement.

Expect raised fists at least on the start line in the main Olympic stadium when track and field events begin on July 30.

World Athletics president Sebastian Coe, a two-time Olympic gold medalist in the 1,500 meters, has gone even further. He put in play medal ceremonies where protest is denied as it was for Smith and Carlos in 1968.

“I’ve been very clear that if an athlete chooses to take the knee on a podium then I’m supportive of that,” Coe said inside Tokyo's National Stadium last October.

Soccer and athletics are the progressive end of the 33 sports governing bodies at these Summer Games.

Swimmers’ pre-race introductions are similar to track athletes, one by one toward their starting block, but governing body FINA followed the IOC announcement by refusing to allow any gesture that could be viewed as protest.

FINA president Husain al-Musallam spoke of the pool deck “remaining a sanctity for sport and nothing else,” where there should be “respect for the greater whole, not the individual.”

That stance was at odds with the new Rule 50 guidance yet was defended by IOC president Thomas Bach last week.

“There is not really a ‘one size fits all’ solution,” Bach said when asked about the apparent contradiction of some Olympic athletes having fewer freedoms than others in Tokyo.

It will fall to the IOC to decide on potential disciplinary cases which it promised to handle “in full transparency.”

This could lead to inconsistencies, according to Mark James, who teaches sports law at Manchester Metropolitan University in England.

“There will be flashpoints,” James said in the Rule 50 debate hosted by Netherlands-based Asser Institute. “Why are some (gestures) acceptable but some are a breach?”

James anticipated issues over the political intent of flags, and if the more open approach to athlete free speech in Tokyo would survive in China at the 2022 Beijing Winter Games.

What seems clear is a shift in the social media era of athletes' influence over event organizers and sports bodies.

“It is not just an IOC challenge, this is global sport,” said David Grevemberg from the Geneva-based Centre for Sport and Human Rights.

“This is actually, I would say, a crossroads for all sport.”