Olympic skier Mikaela Shiffrin trades her skis for an F-16

The Thunderbirds are at Peterson Air Force Base training for an upcoming graduation and took time to give the two-time Olympic gold medalist a ride. 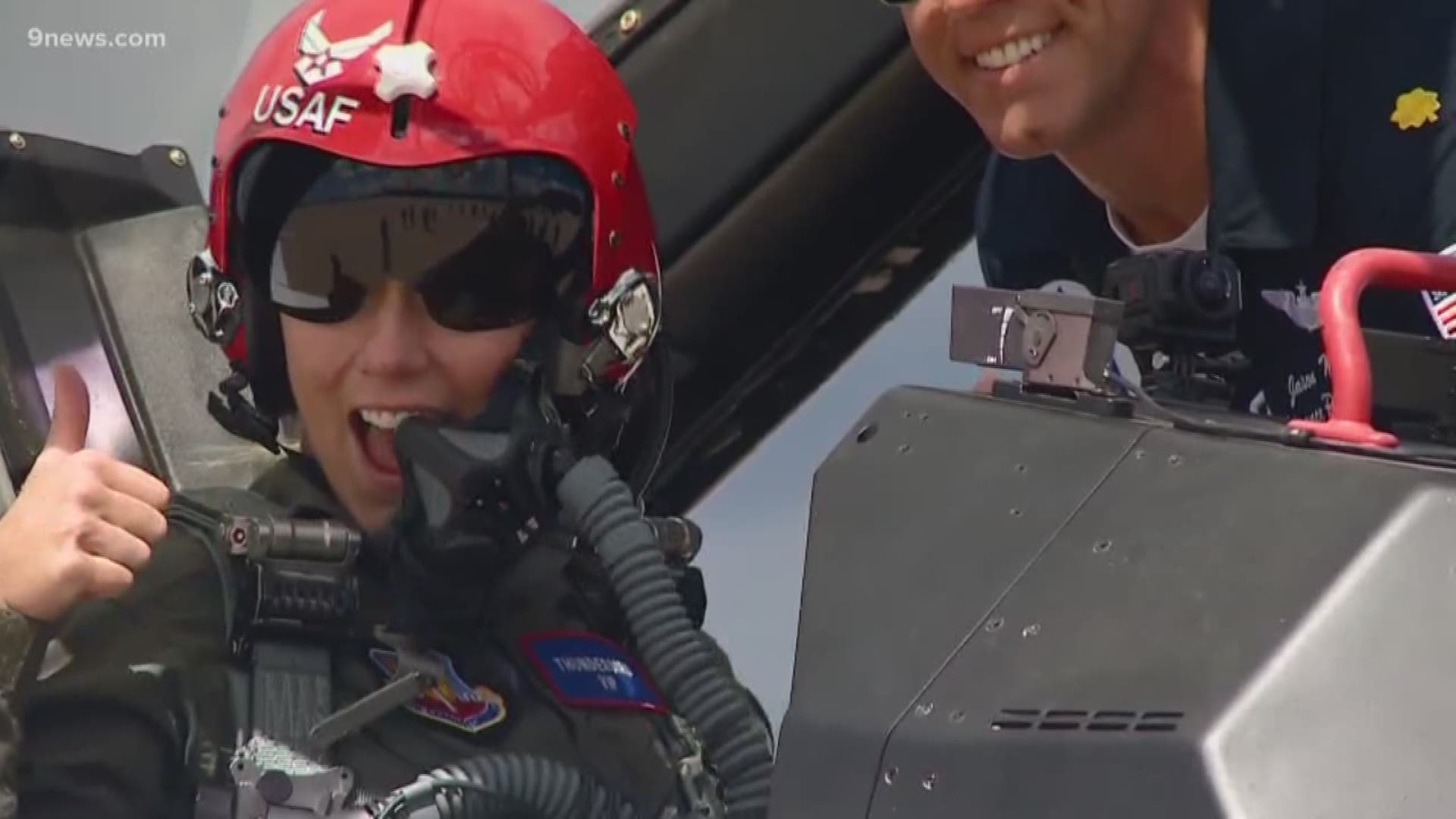 COLORADO SPRINGS, Colo. — Olympic skier Mikaela Shiffrin got the chance to trade in her skis for an F-16, taking a ride with the U.S. Air Force Thunderbirds.

The Thunderbirds are at Peterson Air Force Base training for the upcoming Air Force Academy graduation and took a little time to give the two-time Olympic gold medalist a spin.

The Air Force introduced its first official air demonstration team in 1953 at Luke Air Force Base in Arizona.

The first Thunderbirds demonstration team had seven officers and 22 enlisted members, now there are around 150 members between pilots and crew.

The Thunderbirds became the world’s first supersonic aerial demonstration team when it transitioned to the F-100C Super Sabre in 1956.

In 1983 they started flying with the F-16 and still use that aircraft today.

On average, pilots perform around 40 maneuvers during a demonstration, which is a mix of formation flying and solo routines. Shiffrin did many of the maneuvers including reaching  9 g-forces.

Shiffrin is a trained athlete and used to pushing herself but says there’s nothing to prepare you for flying with the Thunderbirds,

“It’s not like skiing, I’m used to going fast on my skis, but nothing like that nothing like those forces,” Shiffrin said. “It’s the most amazing experience  I’m still, my knees are shaking, I’m dizzy, it’s crazy.”

Experiencing 9 g-forces is difficult. It’s 9 times your body weight meaning if you weighed 200 pounds it would feel like 1800 pounds pushing against your body, “you just can’t breathe with that much force,”’ Shiffrin said.