Ohio State Heads To Final Four With Win Over Syracuse

The Ohio State men’s basketball team is heading to New Orleans. Click on the headline to read the story and stay with 10TV Sports for the latest in March Madness. 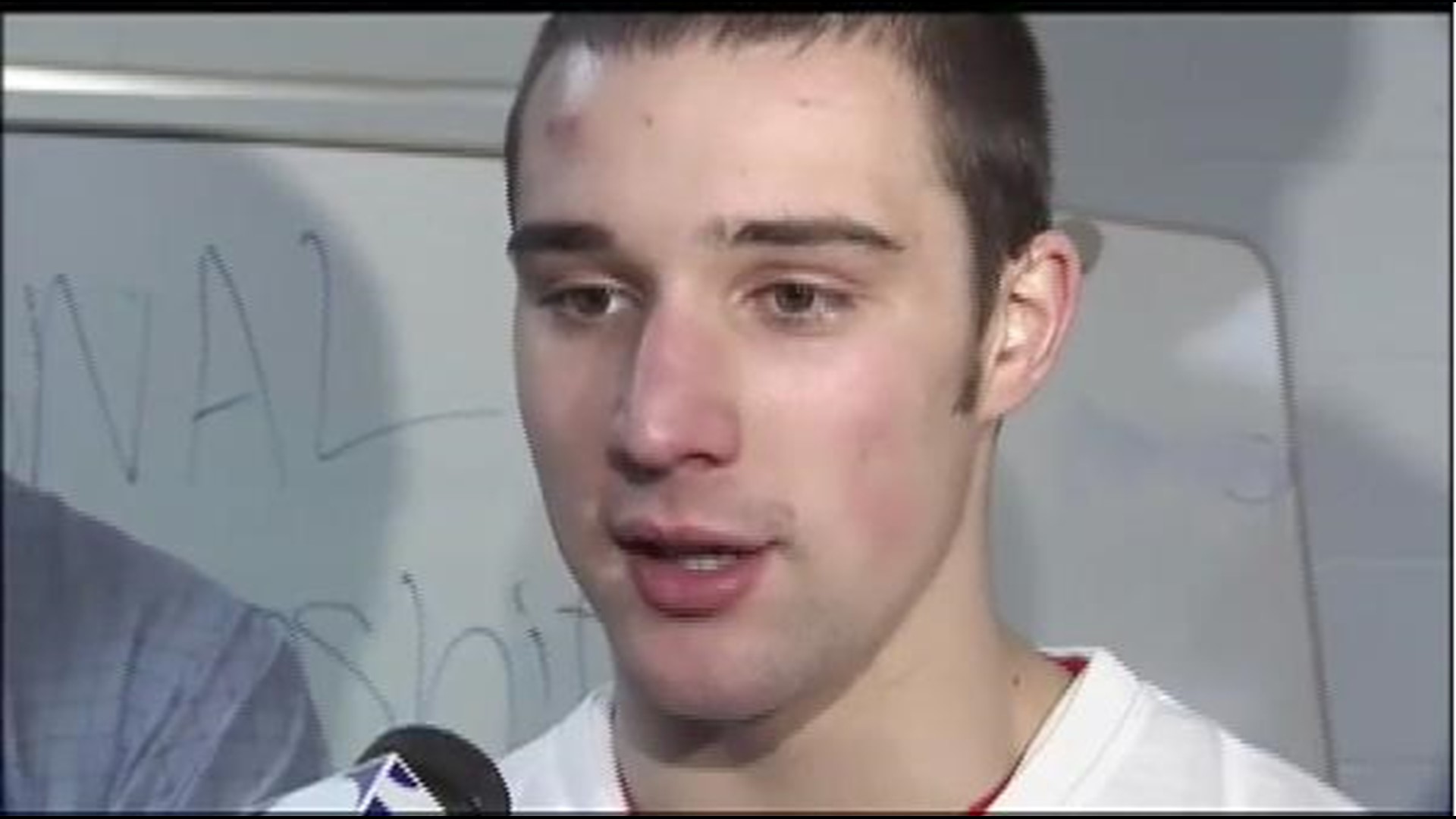 One of the goals of the Ohio State men's basketball team this season was to get farther than the past two. The Buckeyes did, and they're still going.

Four OSU players scored in double figures, and the Buckeyes made 31 of 42 free throws tonight to pull away from top-seeded Syracuse for a 77-70 victory in the NCAA East Regional final that sent them to the Final Four for the second time in the past six seasons under coach Thad Matta.

“We will see you in New Orleans,” Matta told the crowd in TD Garden as he received the championship trophy and the Ohio State pep band played “Hang On, Sloopy.”

Ohio State will play a national semifinal Saturday in New Orleans against the winner of the Midwest Regional final Sunday between North Carolina and Kansas.

“We’re not going there for a vacation,” Sullinger said. “Why not win the whole thing?”

It was the first meeting between the Buckeyes and Orange in the NCAA Tournament since 1983, when Ohio State won 79-74 in a second-round game in Hartford, Conn.

A Triche basket at 1:02 was followed immediately by a Syracuse timeout, and the Orange cut into their deficit by applying a full-court press that fouled Aaron Craft out of the game with 48.8 seconds left and trimmed the lead to 68-64.

But the Buckeyes, who had been shaky at the free-throw line earlier, made nine of their last 10 as the Orange fouled on every inbounds. A three-point play by Dion Waiters made it 70-67 with 36.8 seconds left, but Syracuse got no closer.

Neither team got more than two points away from the other in the last 10 minutes of the first half or the first two of the second. That changed in a hurry.

After two free throws by Buford gave Ohio State a 35-33 lead, Smith made a three from the left corner to increase the lead to 38-33 and force a Syracuse timeout with 17:32 remaining.

It did not stem the tide. The Orange missed four consecutive shots coming out of the timeout, and the Buckeyes countered with back-to-back scores off offensive rebounds. Buford rebounded his own miss, was fouled and made 1 of 2 free throws with 16:31 to play. After another Syracuse miss, its fifth in a row, Thomas converted a rebound of his own miss for a 41-33 lead.

A three by James Southerland ended the Syracuse drought, but Ohio State scored on its next three possessions to complete a 13-3 run and boost its lead to 46-36 with 13:45 to play.

The cushion did not last long.

Craft picked up back-to-back fouls and had a turnover; the Buckeyes missed two of three free throws on their next two possessions; and the Orange took advantage with a 15-6 run that brought then within 52-51 with 7:43 to play. Thomas also picked up his fourth foul, with 8:01 remaining, and had to go to the bench briefly.

The Buckeyes managed to go to halftime with the score tied at 29 despite Sullinger sitting out the last 13:42 with two fouls and his backup, Evan Ravenel, joining him five minutes later. Freshman Amir Williams played the last 8:45 and gave the Buckeyes a presence inside on both ends, scoring three points, assisting on a basket, grabbing four rebounds and blocking two shots.

His long frame also helped slow down Syracuse perimeter players who were driving past the Buckeyes to the rim on seemingly every possession.

It was an intense 20 minutes, with 18 fouls called, including a dozen on Syracuse. That did not include a technical foul on Orange coach Jim Boeheim, who protested a charging call on Triche that wiped out a go-ahead layup with 6:28 to play.

But Ohio State could not take full advantage. Buford made only 1 of 2 free throws and, on the ensuing possession, Thomas could not finish over Syracuse defenders inside on a nice feed from Williams inside the zone.

No more than two points separated the teams in the last 10 minutes of the half.