Columbus is receiving two drafts picks in return for their captain. 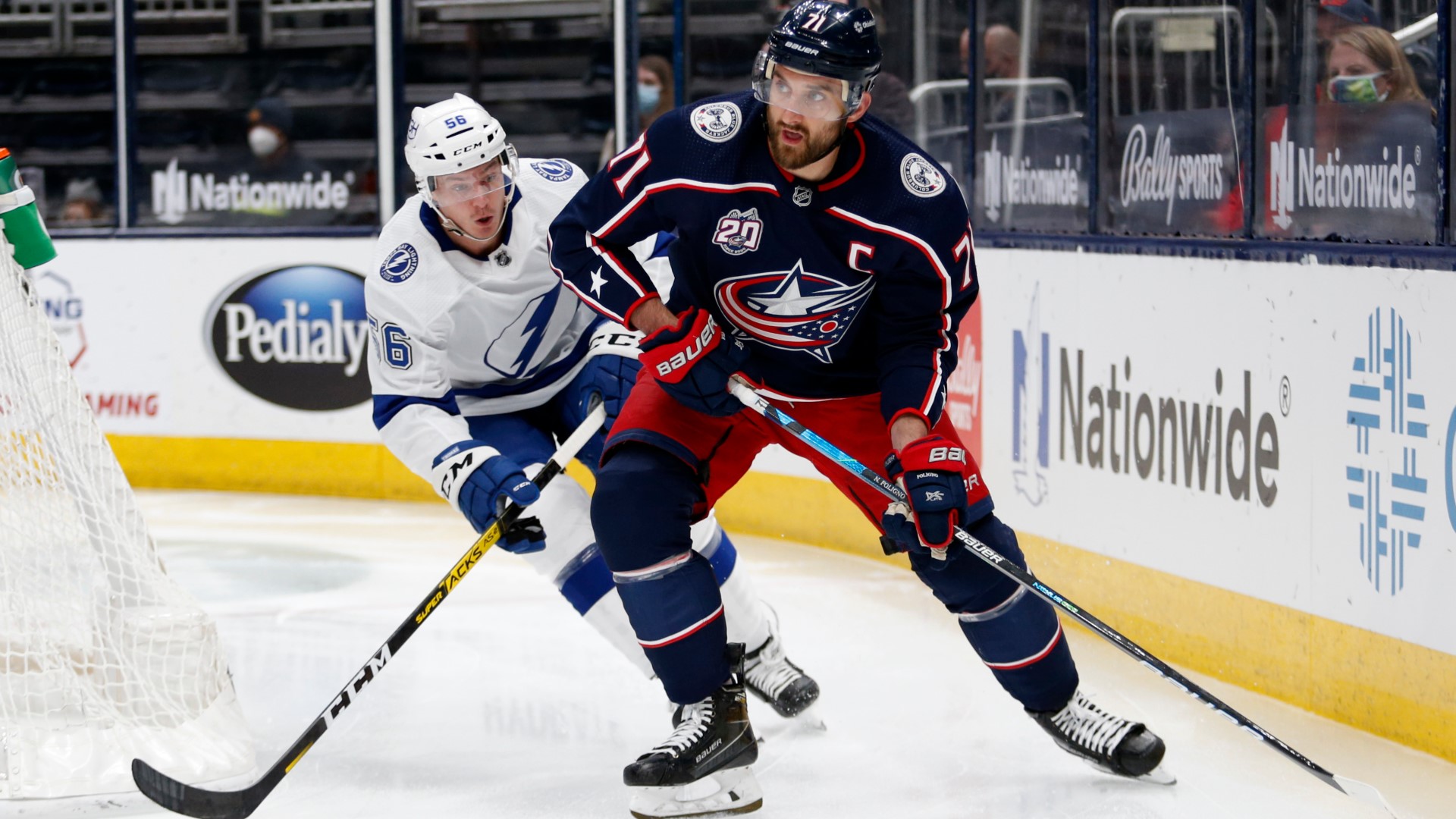 COLUMBUS, Ohio — The Columbus Blue Jackets have traded captain Nick Foligno to the Toronto Maple Leafs in a three-team deal.

Foligno was originally drafted by the Ottawa Senators in 2006 and traded to the Blue Jackets in 2012.

Foligno was named captain before the 2015-6 season and is the longest-serving captain in team history.

"I think Columbus is an underrated city and doesn't get its due," Foligno said in a press conference Sunday.

Foligno said he was fortunate to be captain of the Blue Jackets and he recognized how passionate the fanbase is. "I care about being their captain. I care about how they felt about their organization," he said.

"The pride that I felt to be a captain of this time is something I'll remember forever," Foligno said.

He played 599 games for Columbus in his career, which ranks third in franchise history.

Foligno has scored seven goals and racked up nine assists in 42 games this season.

“Nick Foligno has been everything you’d want in a captain, in a representative of your team and ambassador for your community. His contributions to the Blue Jackets franchise and the impact he and his family have had off the ice is immeasurable,” said General Manager Jarmo Kekalainen.

“We are grateful for everything he, Janelle, and their family have done for and with us over the past nine years. Given where we are right now, this move made sense for us as an organization and for Nick," Kekalainen said.

The Blue Jackets will also pay 50% of Foligno's contract, which expires at the end of the season.

In the deal, the Maple Leafs also acquired forward Stefan Noesen from the San Jose Sharks.

The Sharks get a 2021 fourth-rounder from Toronto for taking 25% of Foligno's $5.5 million salary cap hit to make it work on the Maple Leafs' books.

CBJ ON THE RADIO: Listen to all the action on the radio flagship of the Columbus Blue Jackets, 97.1 The Fan.