The Cleveland Browns will face the Baltimore Ravens in their first game of the 2020 NFL season on Sunday. 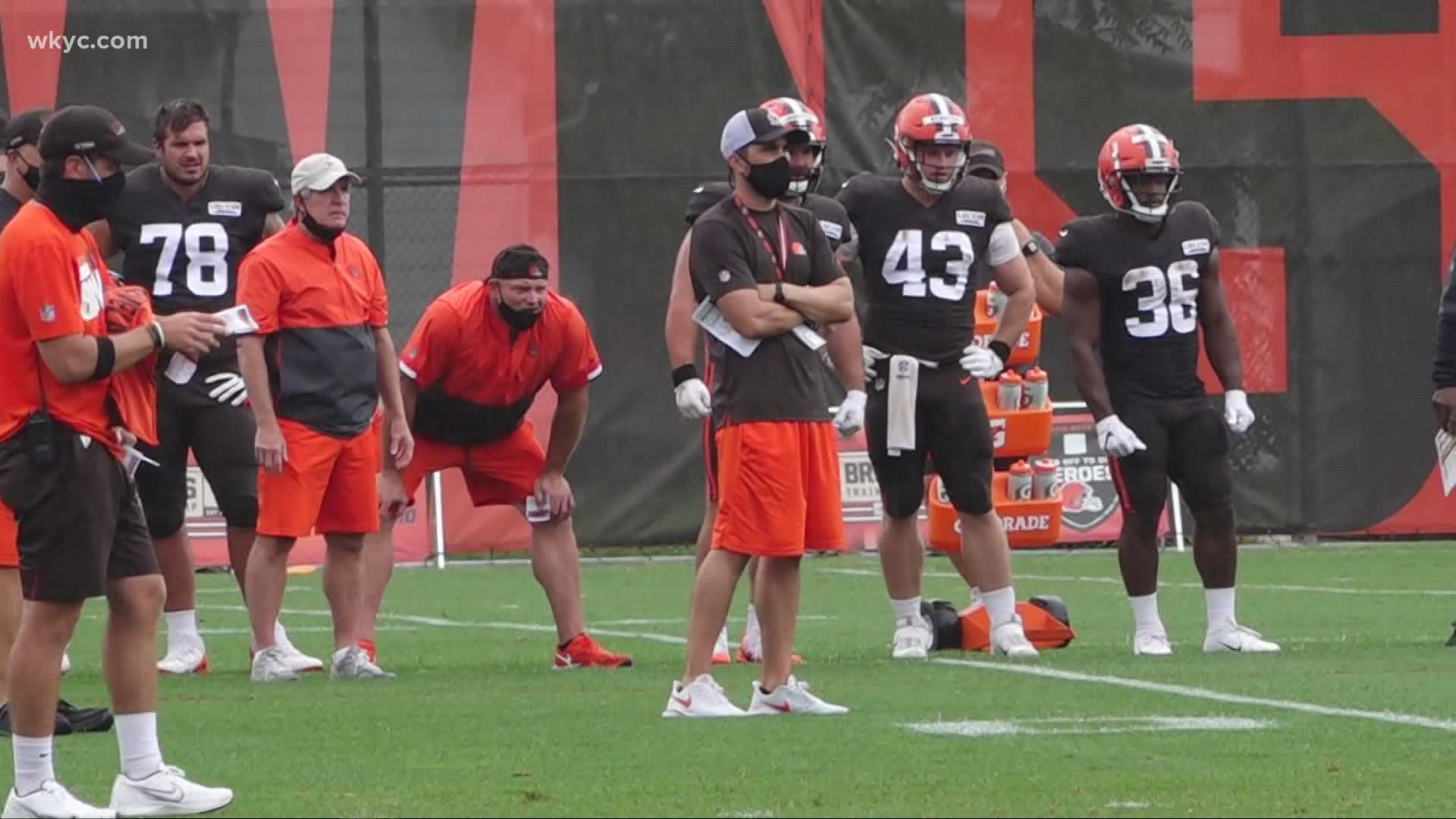 After weeks of anticipation -- and at some point, doubts -- the 2020 NFL season is finally here. On Sunday, the Cleveland Browns will kick off their 2020 campaign when they face the Baltimore Ravens at M&T Bank Stadium.

Coming off of last season's disappointing 6-10 record, the Browns will look to start off their season on a high note by earning a victory in their season opener for the first time since 2004. Doing so, however, will be easier said than done against a Ravens team that posted the best regular-season record in the NFL in 2019 at 14-2.

RELATED: Game-time goodies: 3 easy recipes to get your football season started while tailgating at home

Due to the uncertainty caused by the coronavirus (COVID-19) pandemic, Sunday's opener figures to feature plenty of surprises. With that in mind, here's everything you need to know about Sunday's contest between the Browns and Ravens:

Game info, how to watch on TV, betting line:

After a record-breaking rookie season, Browns quarterback endured a sophomore slump in 2019, throwing the second-most interceptions in the league as Cleveland fell well short of its lofty preseason expectations.

Nevertheless, the No. 1 pick of the 2018 NFL Draft returns for his third season as the Browns starter and does so alongside a collection of skill players considered one of the best in the NFL.

With an improved offensive line and a quarterback-friendly head coach in Kevin Stefanski, the pieces are in place for Mayfield to enjoy a bounce-back season. If Cleveland is going to bring an end to its 17-season postseason drought, it's going to need its franchise quarterback to accomplish just that.

While the Browns enter Sunday's question mark with questions about their quarterback, the bigger concern will likely be whether or not they can slow down the Ravens' starting signal-caller. After all, Lamar Jackson is the reigning MVP and a dual-threat weapon unlike any other in the history of the NFL.

And while Cleveland was just one of two teams to beat Baltimore during last year's regular-season -- the other being the Super Bowl champion Chiefs -- it will have its work cut out for itself replicating that success. With Mack Wilson sidelined with a hyperextended knee, the Browns will start three new linebackers on Sunday, including a rookie in Jacob Phillips and a second-year player in Sione Takitaki.

Like many aspects of society, the coronavirus pandemic has changed some of the ways NFL football will look this season. That rings especially true in Baltimore, where fans won't be permitted to attend Sunday's game, although the Ravens will be permitted to use at least some artificial crowd noise.

Nevertheless, it's hard to see the absence of fans as anything but a positive for the Browns, who will be starting a rookie left tackle in Jedrick Wills Jr. And against a team as talented as Baltimore, Cleveland will need all the help it can get.

As my season preview indicates, I'm cautiously optimistic about this Browns team, despite all of the obstacles it has to overcome. Of all the offseasons to have a first-year head coach, this might be the worst, while Cleveland will need multiple players who disappointed a season ago to bounce back in big ways.

And while I think that's possible, beating the Ravens right now simply seems like too tall of a task. I think Jackson gets free on just enough plays and the Browns struggle to contain Mark Ingram and J.K. Dobbins while covering the spread in what will ultimately be their 16th consecutive winless opener.