'Right is right': Cleveland Browns quarterback Baker Mayfield reaffirms that he will kneel during national anthem 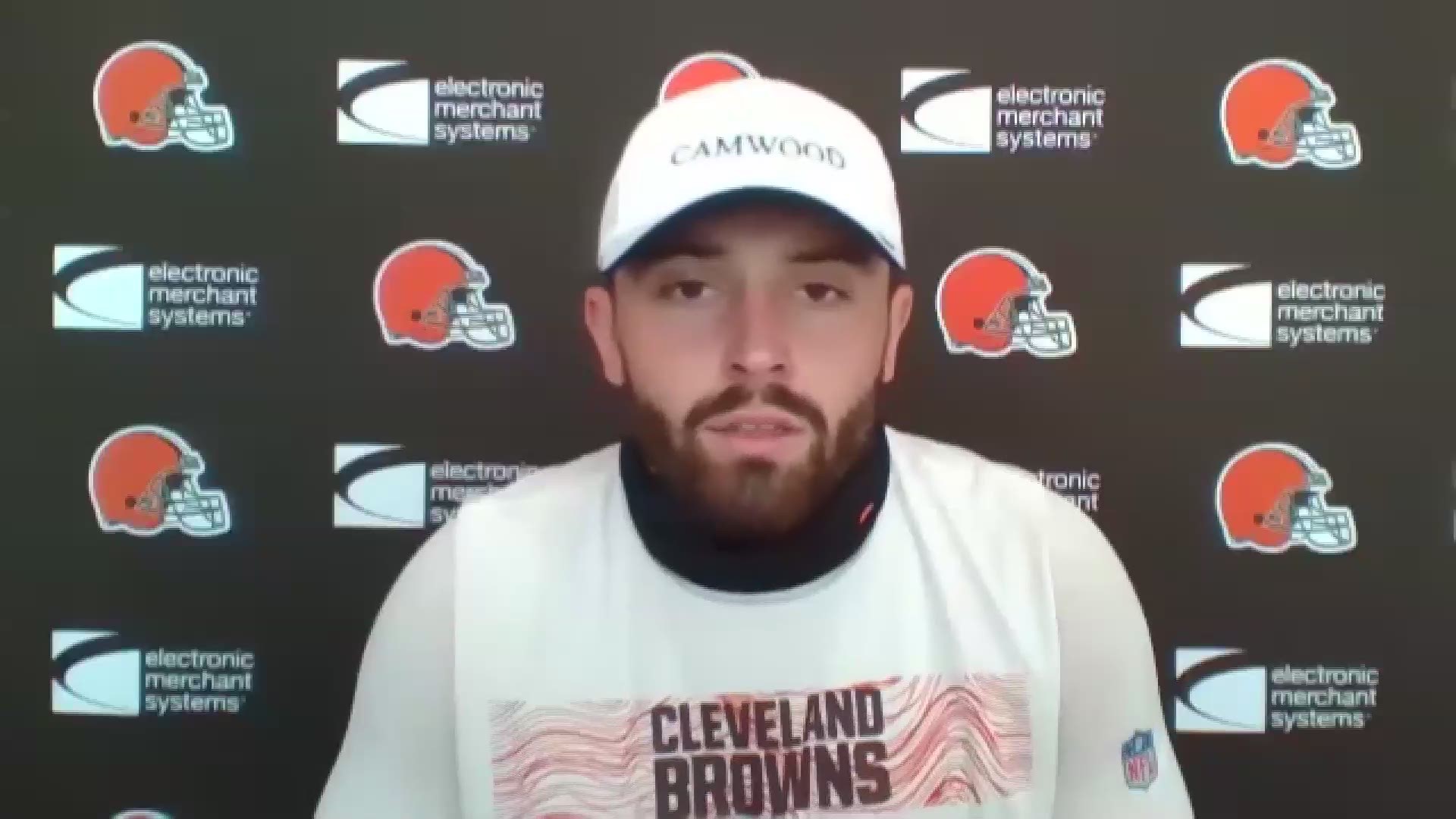 BEREA, Ohio — Browns quarterback Baker Mayfield was among the athletes who took a firm stand on social justice and Black Lives Matter following the death of George Floyd at the hands of Minneapolis police officers in May.

Shortly after Floyd's death, Mayfield posted on Instagram that he 'absolutely would kneel' during the playing of the national anthem this fall.

As the Browns opened Training Camp on Friday, Mayfield doubled down on his pledge and wasn't concerned if he lost fans in the process.

“No, I don't have any regrets. I think being in my position, which is a blessing, being out on a platform to where I can speak on issues that are just wrong," Mayfield told reporters during a Zoom conference before practice. "Right is right and wrong is wrong. There’s a human rights issue that’s been going on for a long time, and I believe in that."

“It’s nothing against military, anybody who’s served," Mayfield added. "And anybody that knows my history knows that I completely support military and the people that serve our country for the right reasons and do it for justice. And the people that don’t know that, that’s OK. Just take a second to get to know me. It’s a human rights issue. There’s right, and there’s wrong.”

In June, Mayfield posted a video of himself working out on Instagram. In the comments user @ohiog1 instructed Cleveland's quarterback to "Please tell Browns fans you're not going to be kneeling this season." In a pointed response, Mayfield left no doubt of his intentions: "Pull your head out. I absolutely am."

It is unknown how many Browns players will join Mayfield in taking a knee when the season begins.

Earlier this summer, Browns head coach Kevin Stefanski was asked if he would support his players if they chose to kneel during 'The Star Spangled Banner.'

While Stefanski may have sounded a bit vague when it comes to the anthem debate, he was crystal clear when it comes to how he feels about interacting with his players about social justice and police reform.

"I’m so keen on dialogue with our players and listening. My note to the players is I’ve got their back. They have my support. I promise we will continue to listen to each other from a place of mutual respect," he told reporters.

You can watch Baker Mayfield's entire press conference from Friday below