The Blue Jackets announced that Nationwide Arena will be at 10% capacity for the game on March 2. 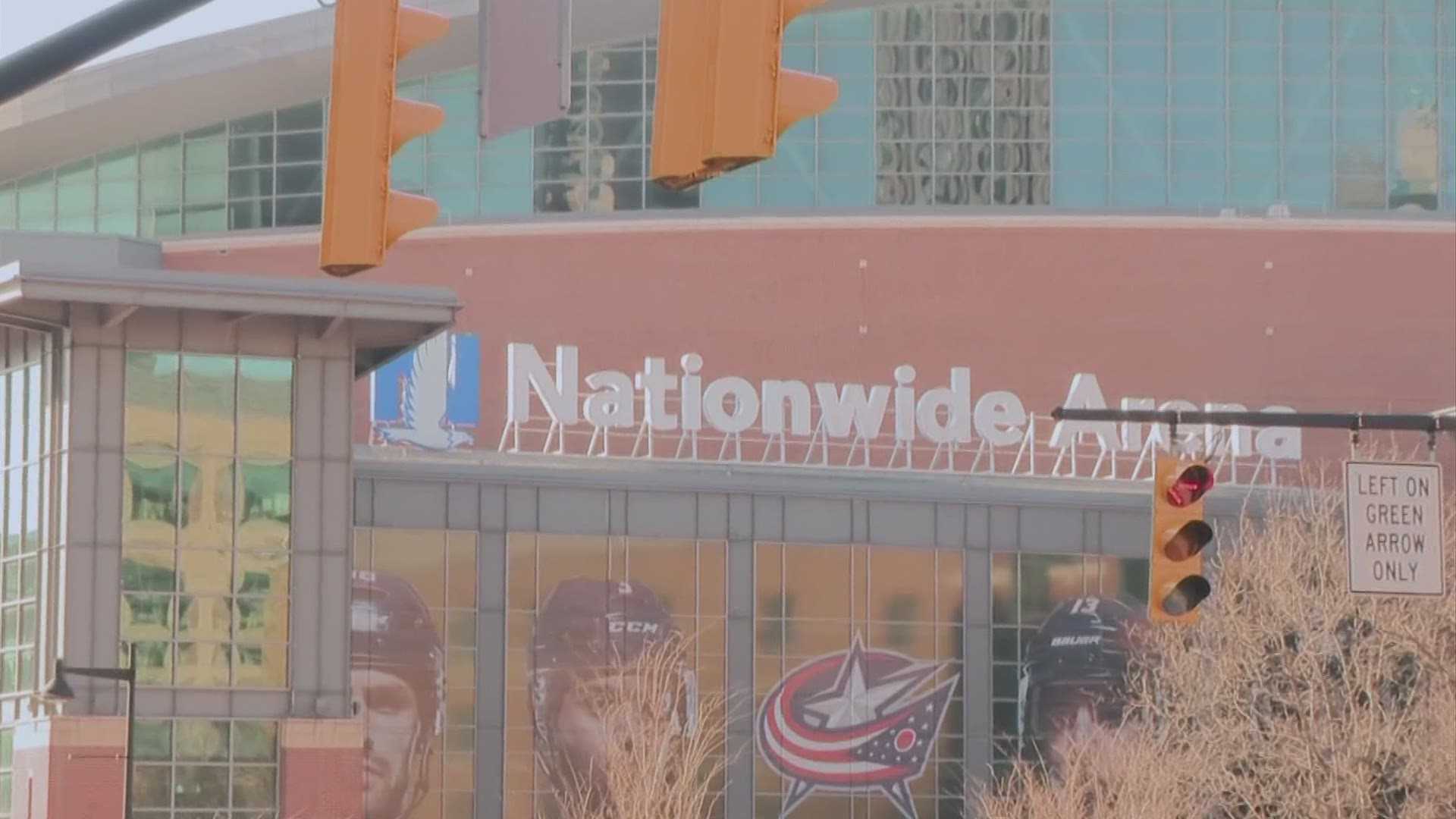 COLUMBUS, Ohio — The Blue Jackets are gearing up for the 5th Line to return to the seats on March 2 against the Detroit Red Wings, but new rules will be in place for those able to score limited tickets to the game.

“The energy in the building may even exceed what it’s like on an opening night, just because it has been so long,” said Todd Sharrock, VP of Communications for the Columbus Blue Jackets. “I mean it’s been over a calendar year.”

There will be new guidelines to get in, including all fans will be required to complete an Online check-in questionnaire answering health-related questions about COVID-19.

Fans will have to provide proof at entry that the survey is completed. Sharrock says all ticketing, concessions and merchandise will be cashless.

Seating will be socially distant and parties will have to remain in pods. If you have to resell the tickets for any reason you can’t break up the pods into individual seats.

“For example, if you bought a pod of four tickets for this particular game and something comes up and you can’t make it then you do have the ability to resell but you do have to resell those tickets as a four,” said Sharrock. “Hopefully it’s a good first step and just keeps building and we can get back to some semblance of normal we are all longing for.”

As for the Columbus Clippers, they are submitting plans to the governor’s office following his announcement to allow up to 30% of fans back, according to president and general manager, Ken Schnacke.

Schnacke says Columbus Public Health will have the ultimate say of crowd size, and that talks have already begun.

A spokesperson for the Columbus Crew says they are excited to expand capacity for supporters, up to 6,000 people, when they move to the new stadium at some point in July.

The Crew had supporters in the stands for the second half of the season, and during the MLS Cup the team won, which hosted at the historic stadium.