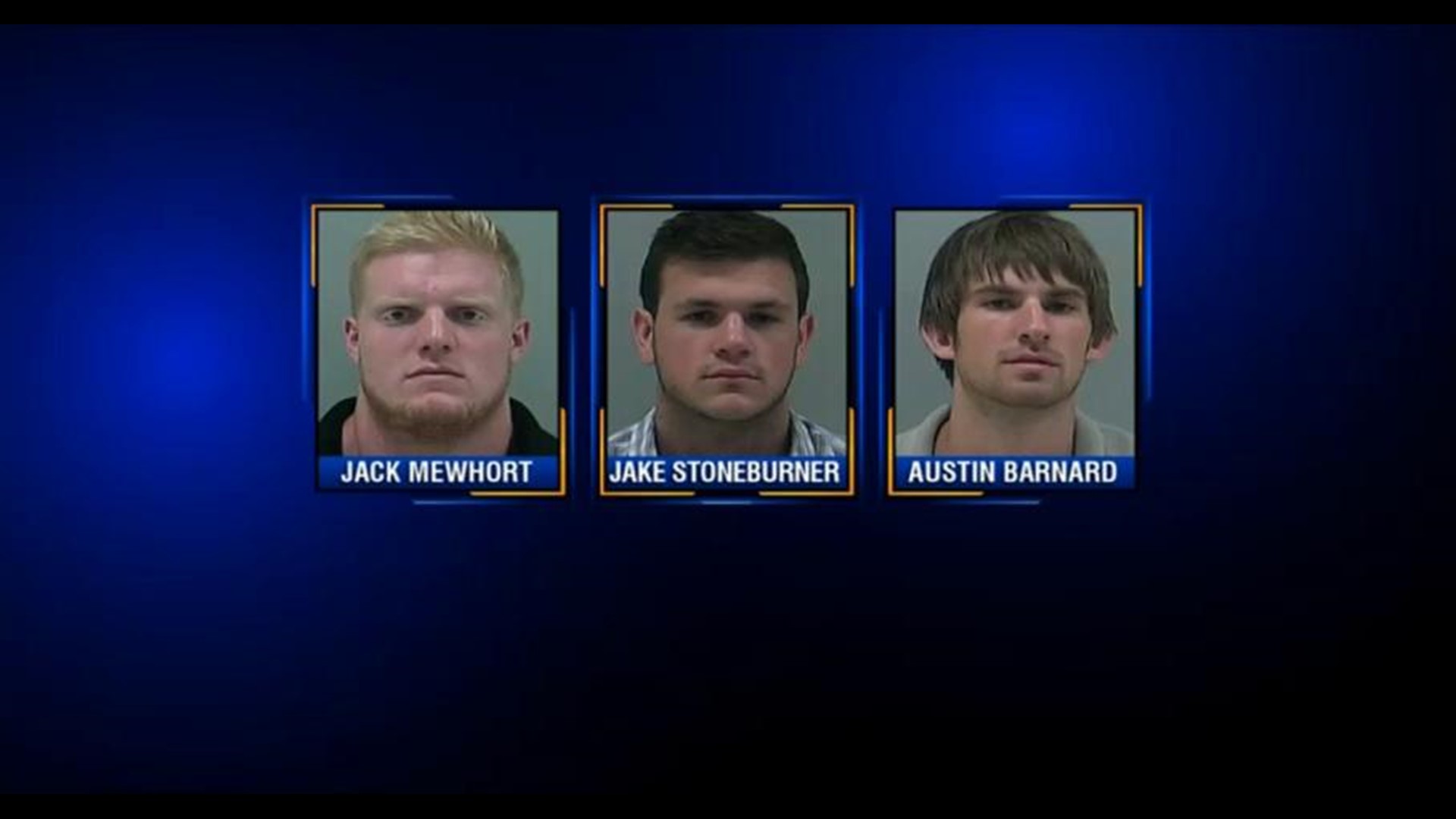 Tight end Jake Stoneburner and left tackler Jack Mewhort, along with Austin Barnard, who is not connected to the football program, were released after each posted a $2,000 bond at the Delaware County Jail.

The three were allegedly seen urinating between buildings near the Bogey Inn, close to Muirfield Village Golf Club, where the Memorial Tournament was played this weekend, 10TV News reported.

The incident started at about 2 a.m. when officers confronted the men, 10TV's Justin Moss reported.

According to LeFever, officers chased them while calling in backup.

Police said that Stoneburner and Barnard were later found hiding in between cars parked at a Memorial Tournament parking lot, near Dublin Road. LeFever said that Mewhort later emerged from a wooded area after officers threatened to use a police dog to find him.

LeFever said that at first, the three said that they did not know they were being pursued by officers.

"Through conversation with them, they did admit they were running because they didn't want to get in trouble," LeFever said.

LeFever said that he fell during the chase and broke his thumb. Since an officer was hurt, police considered felony charges against the three but decided against it.

Normally someone caught urinating in public is issued a citation, the equivalent of a traffic ticket.

"Once they ran with officers and continued to run, (the case) takes a new light," LeFever said.

Stoneburner, who attended Dublin Coffman High School, is a tight end and was listed at the top of coach Urban Meyer's first depth chart of the 2012 season.

In 2011, Stoneburner caught 14 passes for 193 yards and scored seven touchdowns. He has caught 37 passes in his first three years at Ohio State.

Mewhort, a junior from Toledo, was projected as starting left tackle this season, according to Meyer's depth chart.

Stay with 10TV News and refresh 10TV.com for continuing coverage.