An artist hopes he captured the key traits of the famed Ohio State Buckeyes coach. Find out more. 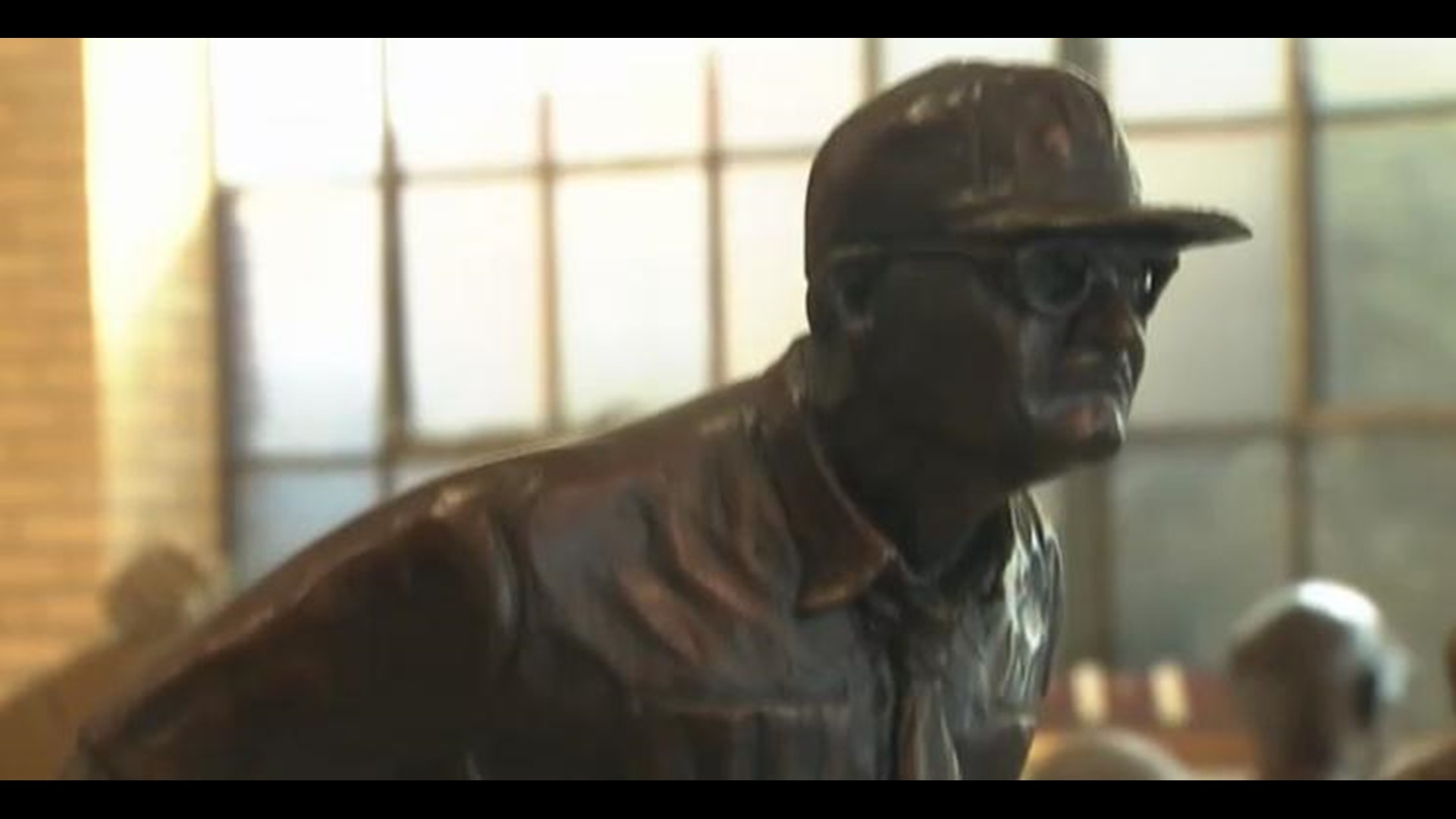 Ohio State University plans to unveil an 8-foot bronze statue of Woody Hayes on Wednesday, one day before what would have been his 100th birthday.

“One word – intensity,” Cottrill said. “Woody’s intensity, his will to win, his single-mindedness of purpose.”

For Cottrill, the task of creating the statue proved simple.

“Those alive when he coached, I want them to smile and remember what he was like – the winning attitude, the intensity,” Cottrill said.

The artist said he began working on the project years before being approached by the Columbus university.

“I took it upon myself to design this piece that I hoped one day would go to Ohio State,” Cottrill said.

Then a group, lead by OSU great Archie Griffin, approached him.

“Archie had to approve it, so I sent him a bronze,” Cottrill said.

Gordon Gee, Woody’s son Steve and his long time assistant also had to approve the project.

Once Cottrill received approval, the artist made the statue the full 8 feet and then cast it in bronze.

On Wednesday, the statue will be placed on a marble slab outside of the Woody Hayes Athletic Center.

“It was easy for me to get the intensity, but I tried to ratchet it down a little bit and also convey some of the kindness and honorableness in with Woody conducted himself,” Cottrill said. Those that never knew him, I want them to look and say, ‘Wow, I know he was a legendary coach, but he looks intense and pretty kind.’”

Cottrill grew up and Ohio State Fan before moving to Pennsylvania.

While his children were raised in a neighboring state, they, like their father, are Buckeye fans.