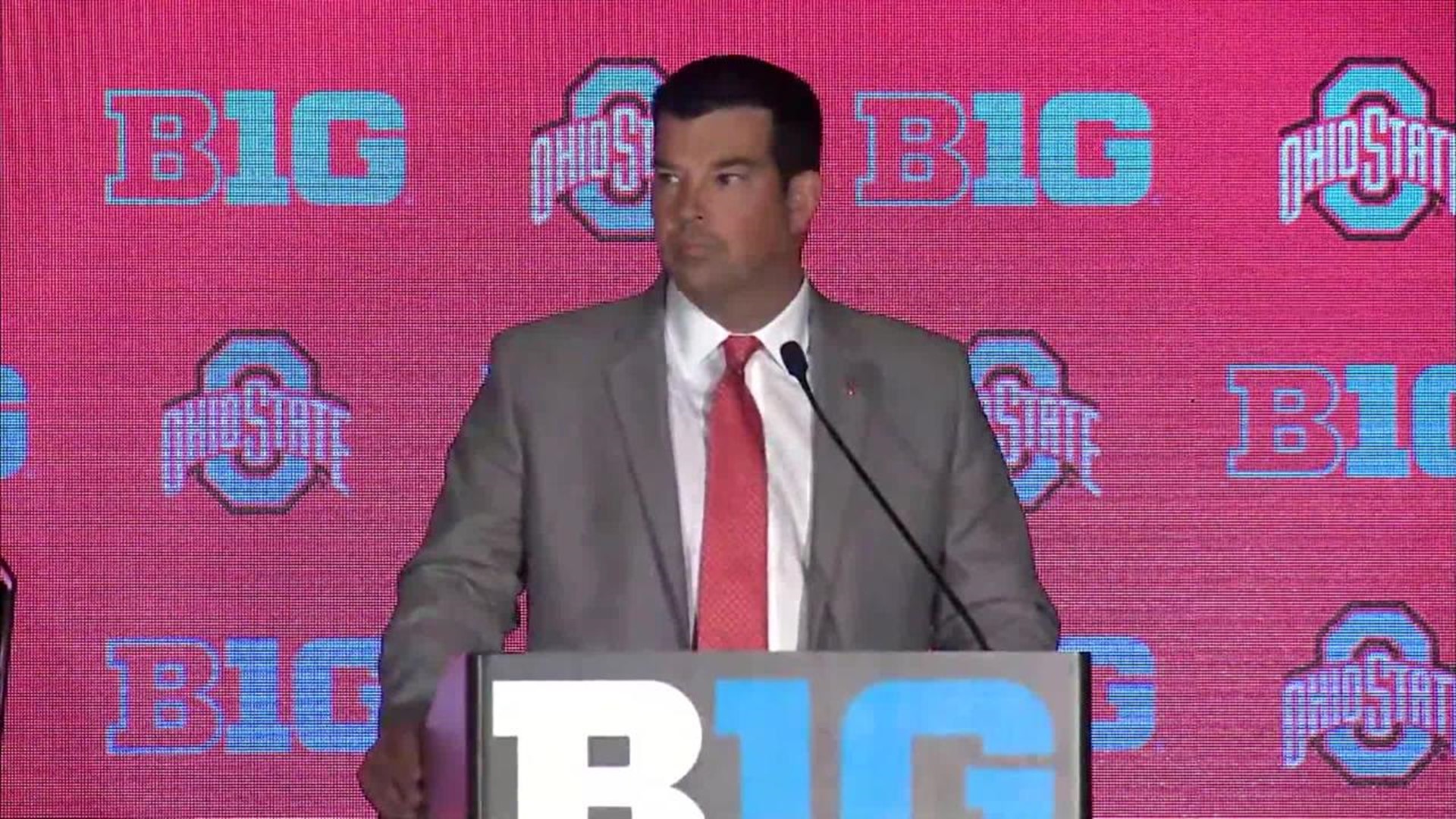 With the 2019 college football season just a little more than a month away, Ohio State head coach Ryan Day and a few of his players were in Chicago for the Big Ten Media Days.

You can watch Day's press conference and Dave Holmes' one-on-one interviews with players above this story.