Ohio State finishes as No. 2 in College Football Playoff rankings; will face Clemson in semifinal

The Buckeyes (13-0) will face third-seeded, Atlantic Coast Conference champion Clemson (13-0) in the Fiesta Bowl in Glendale, Arizona, on Dec. 28. 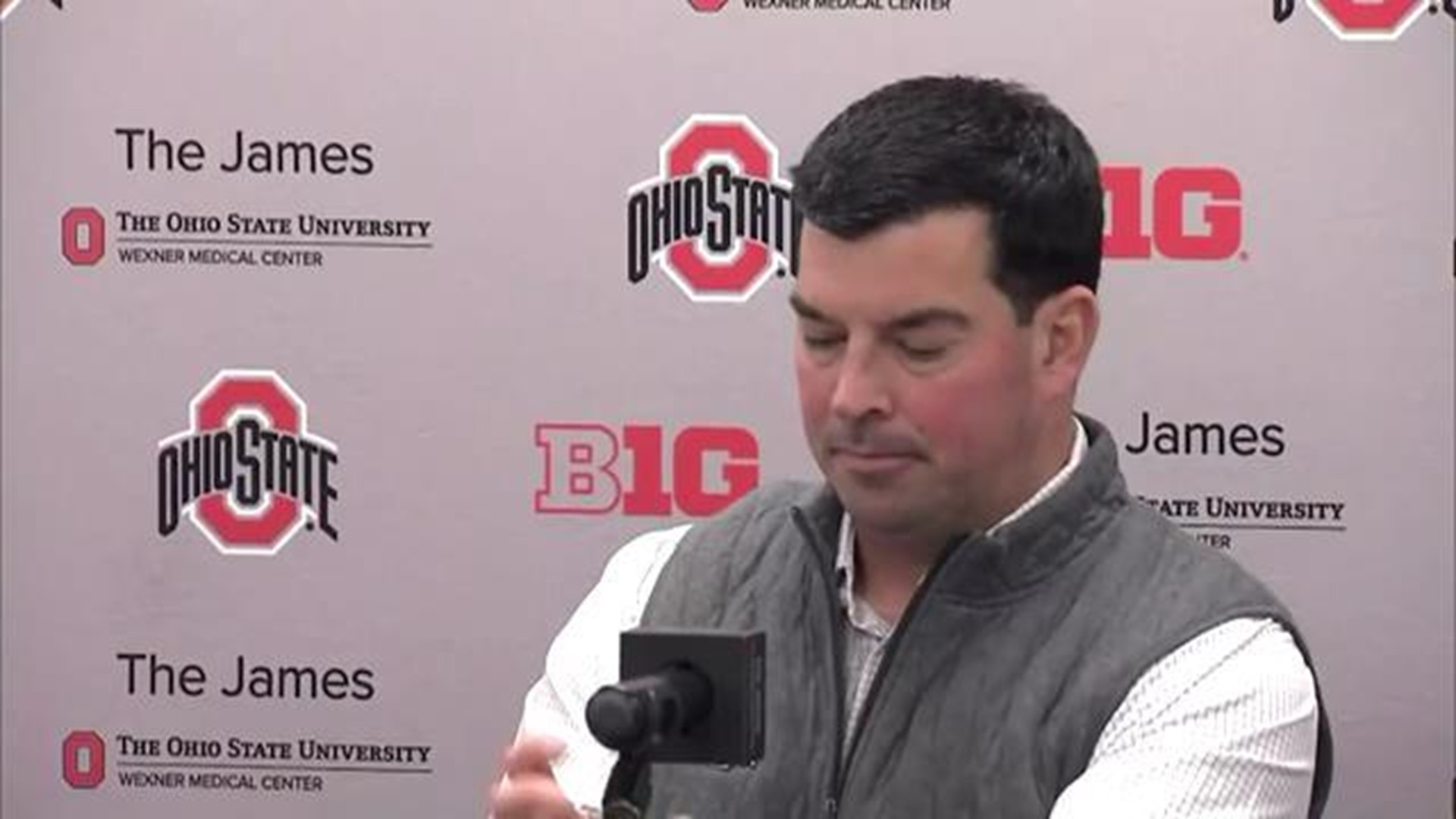 The Buckeyes (13-0) were No. 1 in the CFP rankings last week but were leapfrogged by LSU after struggling in the first half of the Big Ten championship game. Ohio State was No. 2 in Sunday's CFP rankings and in The Associated Press poll. Clemson (13-0) was No. 3 in both.

Ohio State claimed an unprecedented third straight Big Ten championship and its first playoff trip in three years by pitching a second-half shutout in a 34-21 win over No. 10 Wisconsin on Saturday.

Clemson crushed No. 22 Virginia 62-17 in the Atlantic Coast Conference title game for its fifth consecutive conference title. The Tigers will be vying for their third national title in four years.

LSU faces No. 4 Oklahoma in the Peach Bowl in the other playoff semifinal. The national championship game is set for Jan. 13 in New Orleans.

The Fiesta Bowl has had high-level games in the past and this year figures to be no different, with Clemson and Ohio State both ranked among the national leaders on offense and defense.

The Buckeyes blasted teams this season with the 1-2 Heisman Trophy-contending punch of Justin Fields and J.K. Dobbins

Dobbins was third in the FBS with 1,829 yards rushing and scored 20 touchdowns. He had 172 yards and a score against Wisconsin. Fields was third nationally with 40 TD passes while throwing for 2,953 yards with just one interception.

Ohio State also has one of the nation's best defensive players in edge rusher Chase Young, who led the nation with a school-record 16 1/2 sacks despite sitting out two games due to an NCAA suspension.

The Tigers won their second championship in three seasons behind freshman quarterback Trevor Lawrence a year ago, blowing out Alabama 44-16 in the title game. Lawrence and Clemson flew under the radar early this season by playing a couple of closer-than-expected games.

The Tigers began to roar late in the season with a string of lopsided victories, none closer than 35 points over the final seven games. Clemson turned the ACC title game into a rout quickly behind Lawrence, who threw four TD passes.

Lawrence was limited to eight touchdown passes and had five interceptions in Clemson's first five games, but got better as the season wore on, throwing 26 TDs the final eight games. He's thrown for 3,172 yards and 34 TDs with eight interceptions.

Travis Etienne has provided Clemson with balance on offense, rushing for 1,386 and 16 touchdowns.