Ohio State defensive end Chase Young will sit out this weekend's game against Rutgers and will eligible to play against Penn State. 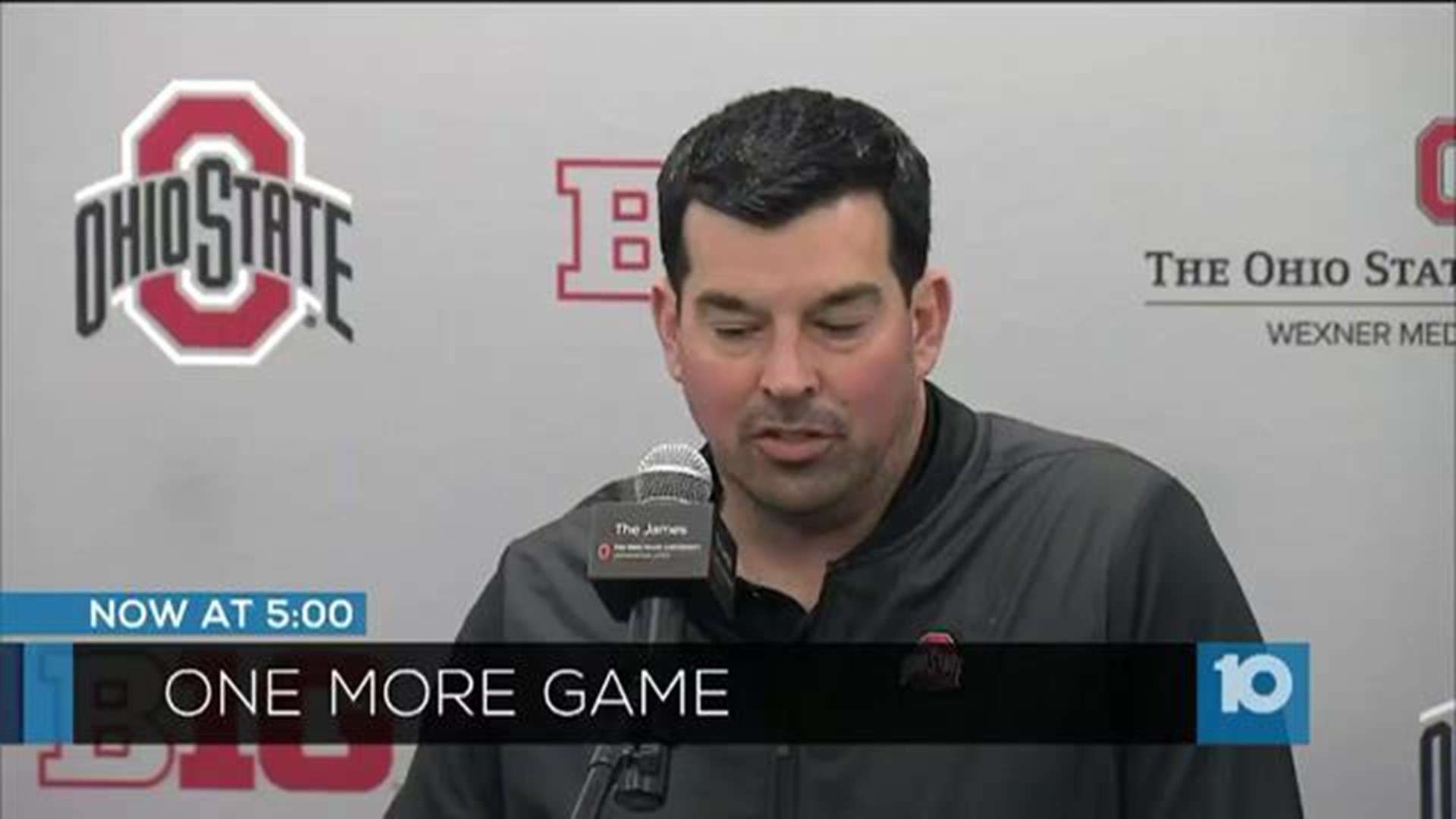 COLUMBUS, Ohio - The NCAA has ruled that Ohio State defensive end Chase Young will sit out another game before he is eligible to return the following week against Penn State.

It was announced last week by the university that Young would be unavailable for the Maryland game due to a possible NCAA issue in 2018.

Young also released a statement, saying that he "made a mistake" last year when he accepted money from a family friend.

According to a statement from the university on Wednesday, the NCAA determined Young "should be withheld from playing in one additional game before being eligible to resume competition."

That means Young will sit out this Saturday against Rutgers and will be able to play November 23 against the Nittany Lions.

Excited to be back on the field next week! Thank you Buckeye Nation for all the love and support. I’m blessed to be a part of this team, this university, and this community. Lots of love to my family. God Bless and Go Bucks!

Below is the full statement from Ohio State:

The NCAA has concluded its review of The Ohio State University Department of Athletics’ reinstatement request for student-athlete Chase Young, and it has determined that Young should be withheld from playing in one additional game before being eligible to resume competition. Young was withheld from Ohio State’s Nov. 9 game against Maryland while the department looked into and reported a possible NCAA issue from 2018. Young will also miss Ohio State’s Nov. 16 game against Rutgers in Piscataway, N.J.

“I want to thank and express my sincere gratitude to university staff members who worked so diligently and expertly to learn and understand the facts, and then to report these facts to the NCAA as part of our request to have Chase reinstated,” Gene Smith, Ohio State Senior Vice President and Wolfe Foundation Endowed Athletics Director, said. “This is the example of the culture of compliance we have at Ohio State.

“I also want to commend Chase Young and let him know how proud we are of him. He took responsibility for his actions, cooperated throughout the process and understood and accepted that there would be consequences. He’s a team captain and a leader and most importantly, a Buckeye. He wanted nothing more than an opportunity to play again and we’re pleased that he’ll get that chance.”

Ohio State had requested immediate reinstatement on behalf of Young in its formal report to the NCAA.

“I appreciate the expediency to which the NCAA reviewed and responded to our request for reinstatement,” Smith said. “We felt that based on the circumstances, the NCAA would use its leadership capacity to take an understanding approach on behalf of all student-athletes who find themselves in a similar position, and it certainly did just that.”

Young leads the nation in sacks with 13.5. The junior was a preseason AP All-American and is projected to be one of the first players taken in next year’s NFL draft.