Losing was not an option: Urban Meyer talks about coaching in the Ohio State-Michigan game

Meyer, who was a perfect 7-0 against the Wolverines, says the secret to his success was hard work. 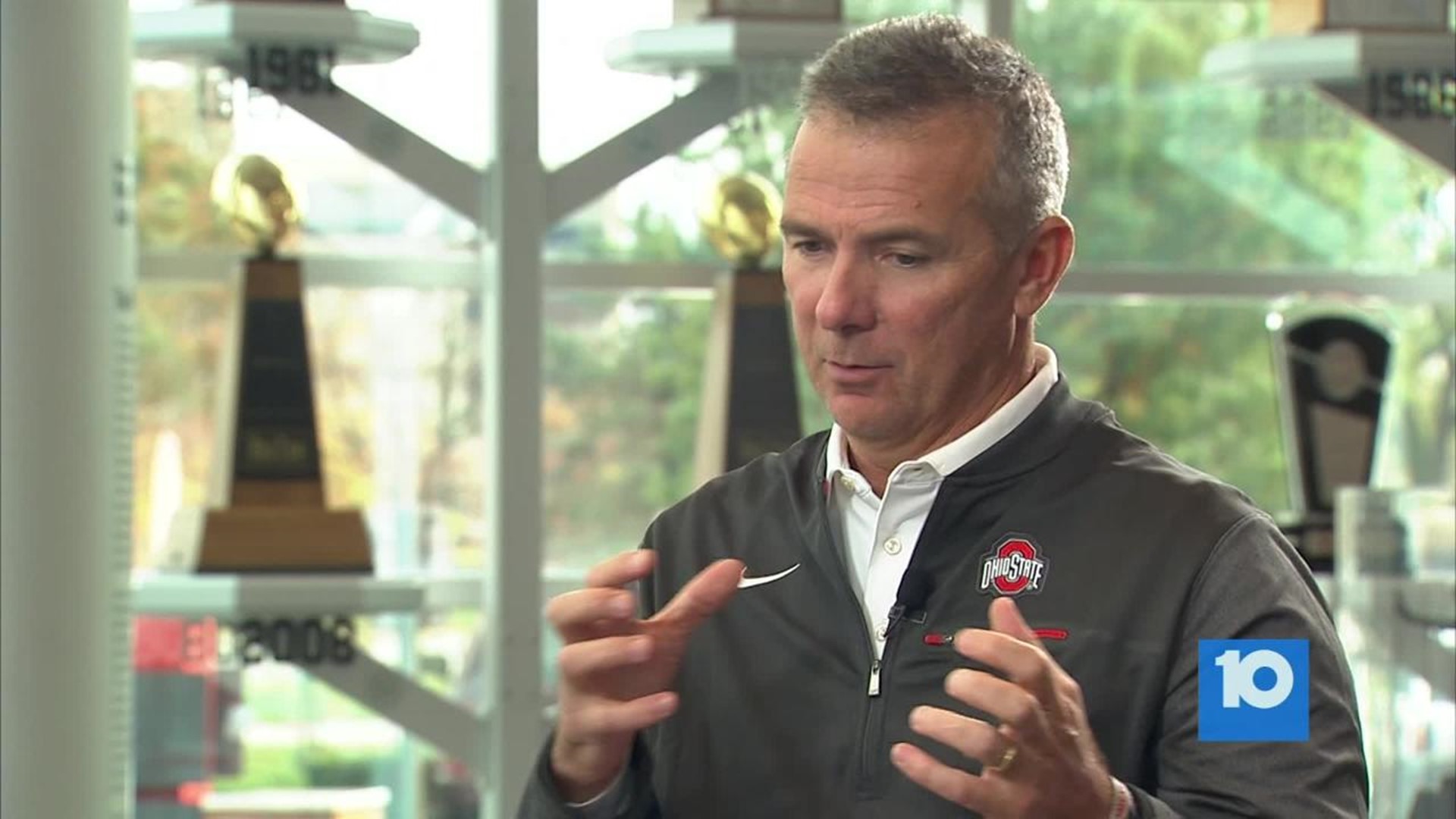 COLUMBUS, Ohio -- The Ohio State-Michigan game is often billed as the "Greatest Rivalry in all of Sports."

You won't get an argument from former Buckeye coach Urban Meyer.

"Respect" is the word he uses when it comes to the rivalry. Respect for the Michigan coaches, the players and the program.

Meyer, who was a perfect 7-0 against the Wolverines, says the secret to his success was hard work. He says the Ohio State-Michigan game is not just a big game, it is a "way of life," 365 days a year.

After Woody Hayes was done coaching, he admitted that he would work all year long for the game. When asked if he worked year-round on the rivalry game, Meyer admitted it was "non-stop."

"If you go everywhere in this facility there is only one school that we follow every one of their recruits and we know what they are doing," Meyer said. "In the offseason with Coach Mick, there is always something with That Team Up North. I would coordinate videos through the year and I would say 'Tuesday is going to be Team Up North day, nothing but the history of the game blaring through the facility.' I would have a team meeting talk about it."

There is no question Coach Meyer was a driven man when it came to Ohio State-Michigan. Losing was not an option.

"I am not sure what would have happened had we lost that game, Meyer said. "I just can't imagine losing. How do you go to dinner in Columbus?"

And of course, there's the 7-0 record against Michigan which Meyer says is "number one."

"I was raised you could lose all games but never lose that game," Meyer said. "Obviously, that is not true anymore and that has never been true but I was brainwashed. I was in that Woody Hayes era. That was the enemy."

Meyer cherishes every one of his seven wins over the Wolverines but there is no question his biggest win came last year when the Buckeyes hung 62 points on The Maize and Blue.