Justin Fields and J.K. Dobbins spent the first half scratching their heads. Then, Ohio State's dynamic duo — and teammates —- reverted to their previously impressive form. 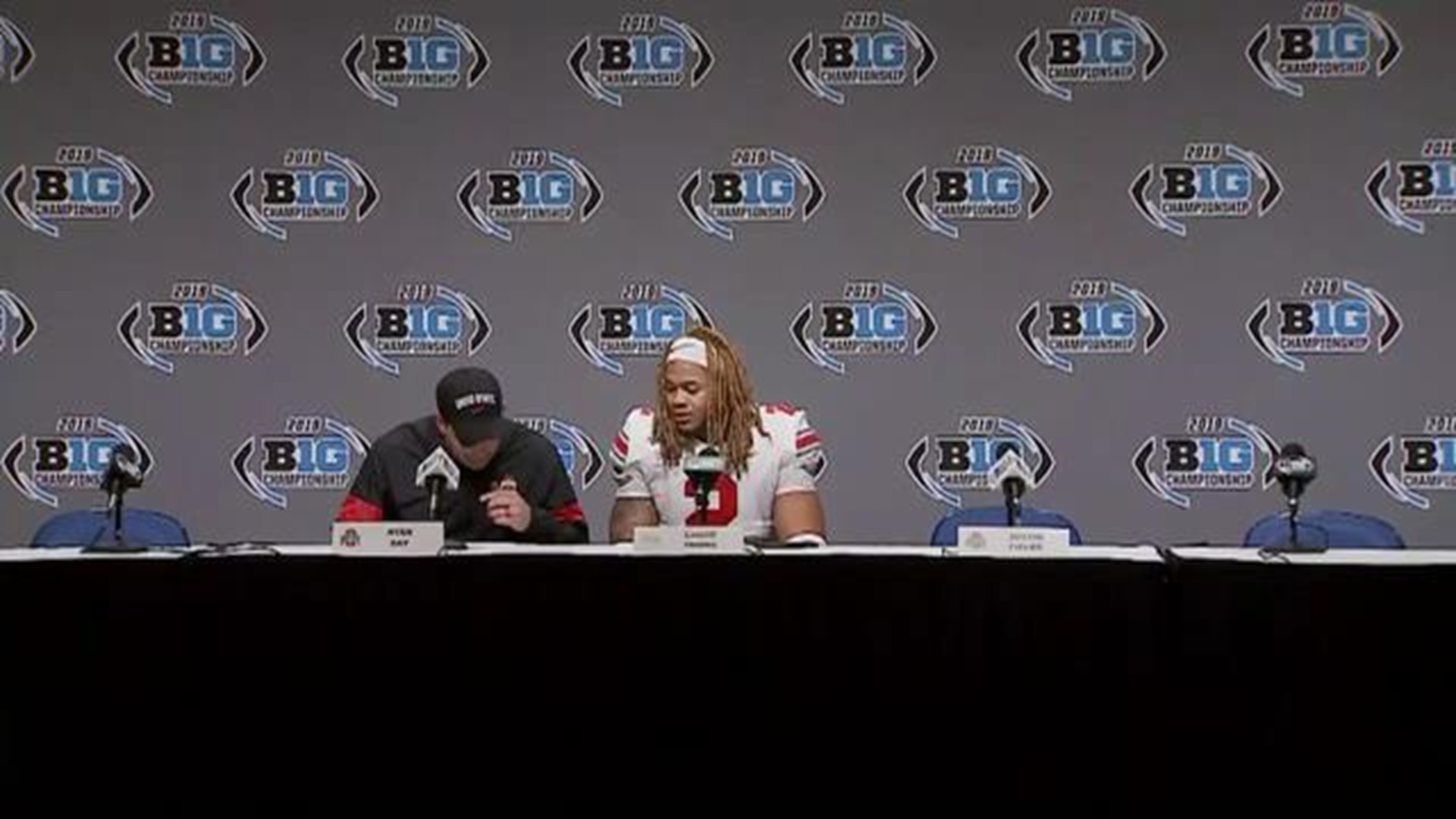 Then, Ohio State's dynamic duo — and teammates —- reverted to their previously impressive form.

Fields threw three touchdown passes in the second half, Dobbins ran for 172 yards and a score and No. 2 Ohio State sealed its first playoff trip in three years by shutting out No. 10 Wisconsin in the second half in a 34-21 victory Saturday night in the Big Ten championship game.

The Buckeyes (13-0, No. 1 CFP) claimed an unprecedented third straight outright league title and enter the postseason with a 19-game winning streak. The College Football Playoff selection committee will announce the four playoff teams Sunday, and first-year coach Ryan Day was already lobbying for the top spot before leaving the field.

“They came out and played unbelievable in the second half. This team is unbelievable," he said. “I think we deserve to be No. 1.”

Wisconsin (10-3, No. 8 CFP) has lost seven straight in the series though this one didn't follow the usual script.

The Badgers, who lost 38-7 at Ohio State in October, scored the first 14 points — Ohio State's largest deficit of the season. Wisconsin led 21-7 at the half.

But just like the first game, the Buckeyes turned it on in the third quarter.

Jeremy Ruckert started the comeback with a spectacular one-handed catch in the back of the end zone on the fifth play of the third quarter. The 16-yard pass cut the deficit to 21-14.

Four plays later, Wisconsin punter Anthony Lotti dropped the ball and was tackled at the Badgers 16. Ohio State converted that miscue into a 27-yard field goal.

And after Wisconsin missed a 48-yard field goal wide left on its next series, Fields hooked up with K.J. Hill for a 16-yard pass and 24-21 lead with 2:23 left in the third quarter.

Fields added a 13-yard TD pass to Hill early in the fourth quarter to give the Buckeyes a 31-21 lead and closed the scoring with a 24-yard field goal.

“They played better than we did more often,” Badgers coach Paul Chryst said. “They made more than we did.”

Fields was 19 of 31 with 299 yards and was named the game's MVP. He also passed Drew Brees for the second-most TD passes in one season in conference history. Fields has thrown 40, Brees threw 39. He has thrown at least three touchdown passes in 12 of 13 games this season.

Wisconsin's Jack Coan ran for two touchdowns in the first half and Jonathan Taylor rushed for 148 yards and one touchdown. The Big Ten West champions have lost their last four championship game appearances.

Wisconsin: For 30 minutes, the Badgers put themselves back in the playoff debate. But they couldn't finish and now the Big Ten runner-ups must wait to see what their consolation prize will be.

Ohio State: The Buckeyes looked completely out of sorts in the first half. But a halftime speech and some second-half adjustments helped the Buckeyes revert to their more familiar form — and give themselves a chance to claim the top seed in their quest for another national championship.

Wisconsin: Coan was 17 of 33 with 232 yards, no touchdowns and no interceptions but scored two touchdowns on seven carries. ... After rushing for 194 yards in the first half, Wisconsin was held to minus-1 yard rushing in the second half and finished with 193 yards rushing. ... The Badgers were outscored 31-7 in the third quarter of their two games against Ohio State this season.

Ohio State: K.J. Hill caught seven passes for 83 yards and two scores, becoming the Buckeyes career leader in receptions. He passed David Boston (191) and now has 195. ... Chris Olave had five catches for 94 yards. ... Punter Drue Chrisman completed his only pass for 21 yards and a first down.

Taylor became the seventh player in FBS history to reach 6,000 yards rushing in his career when he ran for 6 yards early in the second quarter. The junior finished the game with 6,080 career yards.

The last player to join the club was Donnel Pumphrey of San Diego State in 2013.

Wisconsin is the only school to produce two 6,000-yard rushers. The other is Ron Dayne, the career rushing leader, with 7,125 yards.

Wisconsin: Waiting until Sunday to find out its bowl game.

Ohio State: Can start preparing for its first playoff game in three seasons.