Can Michigan State keep up with Ohio State's high-powered offense that has five games with 50+ points this season and two more with 40+ points? 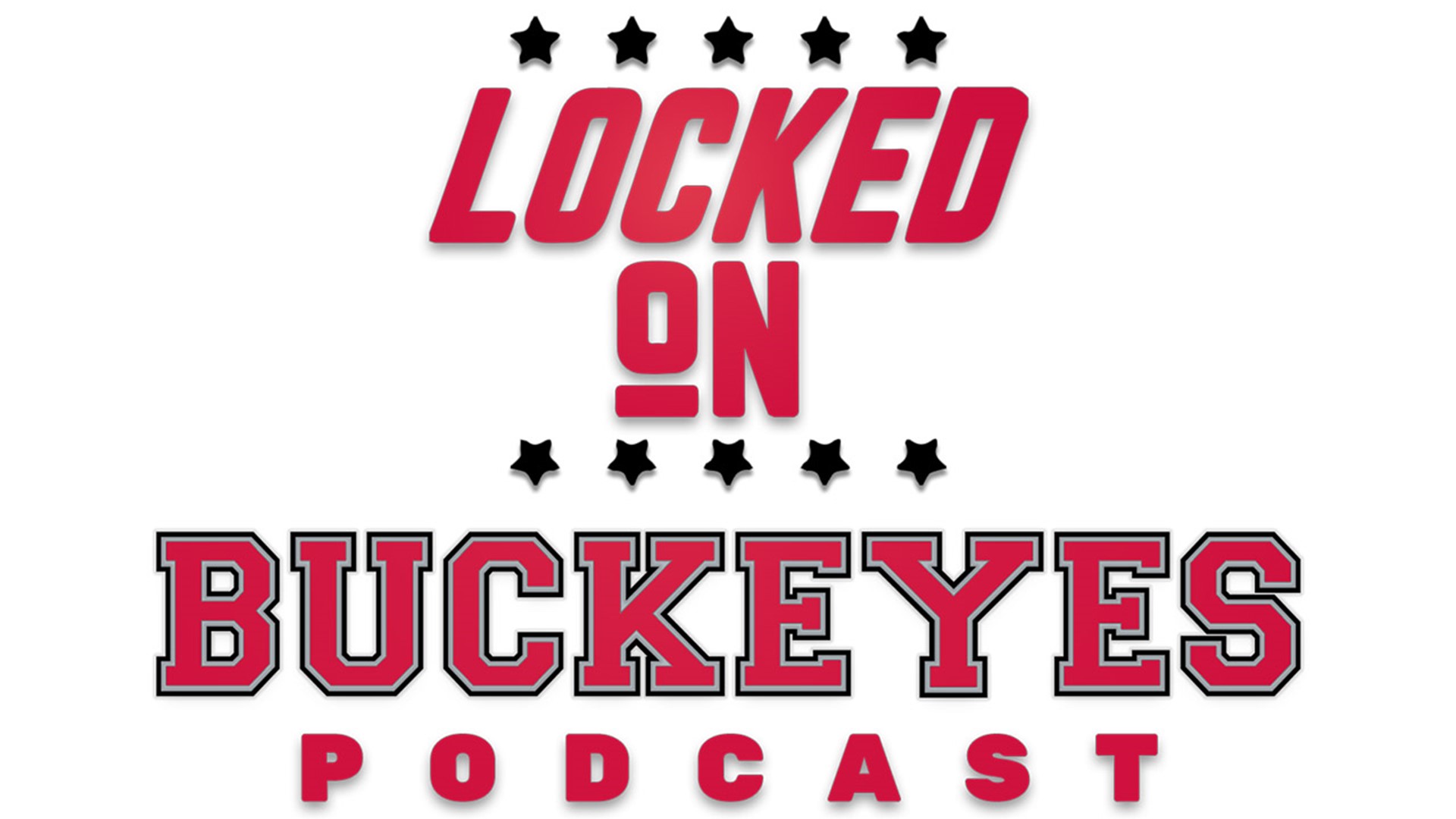 COLUMBUS, Ohio — It's a huge game ahead on Saturday for the Ohio State Buckeyes and Michigan State Spartans.

But, oddsmakers don't seem so convinced. The Buckeyes, ranked No. 4 in the current College Football Playoff rankings, are nearly 20-point favorites against the CFP 7-ranked Spartans on Saturday.

A big reason why? Ohio State's high-powered offense that has five games with 50+ points this season and two more with 40+ points.

Can Michigan State's offense keep up?

On the Locked On Buckeyes podcast, host Jay Stephens welcomed on Matt Sheehan, of the Locked On Spartans podcast, to talk about what makes each of their teams special this year and to preview Saturday's game.

SUBSCRIBE to the Locked On Buckeyes podcast, your daily podcast for all things Ohio State football and basketball. Free and available wherever you get your podcasts

Matt Sheehan, Locked On Spartans podcast: “Vibes are so high right now in MSU Spartan Land, if you will. Mel Tucker is getting the Brinks truck brought to his driveway right this very minute, and I want to keep these vibes high for us. So when it comes to talking about the Buckeye-Spartan game this Saturday, how does MSU win this game? Like, is there anything that concerns you about Ohio State that should somewhat excite us Spartan fans? Let's just start start there.”

Jay Stephens, Locked On Buckeyes podcast: "It really just depends on if it comes it being a shootout. And I say a shootout, not that Ohio State can't score the ball. Ohio State can score the ball. It's if it’s a shootout where the Ohio State Buckeyes get no pass rush. This secondary is kind of vulnerable at times. They have issues. If you're going to blitz a guy or two, then you may play man to man. There's issues there as well. So sometimes just to pass defense of Ohio State, that kind of makes me a little bit nervous. But I think that might be it because, well, (Michigan State) will have to score 45 points plus to probably win this one."

Stephens: "To me (Michigan State) is similar to the Tennessee Titans, you might want to say, with Ryan Tannehill and Derrick Henry when he's healthy. Ryan Tannehill flourishes when Derrick Henry is running the ball and he's destroying linebackers, defensive backs, things of that nature. Similar, I think, to the way Payton Thorne is. I think that if Payton Thorne is throwing for 350 and Kenneth Walker III has 150 on the ground and three touchdowns. That's kind of a recipe where I'm like, wait a minute, they're hitting on all cylinders."

SUBSCRIBE to the Locked On Spartans podcast, your daily podcast for all things Michigan State football and basketball

Find the daily Locked On podcast for your school or conference here!

Why Michigan State should fear C.J. Stroud on Saturday

C.J. Stroud comes in to Saturday as the Heisman frontrunner while Michigan State running back Kenneth Walker III is also in the Heisman conversation.

Stephens: “(Stroud) is able to anticipate throws and do it in a way that you normally see.. I'm gonna make a statement. I'm not going to say that he's going to be what I want to say, but he's doing things like NFL quarterbacks are when it comes to the anticipation. And I'm not saying Stroud’s a future Hall of Famer. I'm not going down that road, not hyperbole in that way. But his anticipation of throws and of routes and he’s anticipating not only what his receiver will do, but also what the defender will do. And it's boom, boom, boom, boom, boom right down the field. Now it does help when you have a guy that's a Biletnikoff semifinalist and you have other guys that could also be on the semifinal list That helps you be a better quarterback. But his anticipation and his grasp of what defenses are trying to do, he's really grown since that Oregon game, since missing the Akron game early in the year, he has just been going crazy ever since.

Sheehan: "Yeah, I feel like whenever I tap into a Buckeye game, like I'm just wowed by his pocket presence really... Let's just get into the scariest part of the game for the Michigan State defense, it’s those receivers that you Buckeyes have. What makes them so incredible is it just like how physically imposing they are? Is it their speed? Take it away and just get me shook for Saturday."

Stephens: "What makes them so good as they could beat you in so many different ways. Now this is a little nuanced, or maybe nerd nerd type stuff. I know, Matt, you'll love this. They can beat you off the line. They can beat you in the middle of their route. They'll pick and choose how they're going to break out of the route, how they're going to burst out in the middle of said route. They also high point the ball and then they do get over top of said defender, whatever it might be. And if it's a one on one situation, these guys aren't 6-4, 6-5 Megatron-type of receivers, but they can still go up and get the ball. You want to mention scary, let's talk about scary. Ohio State has a couple of freshmen that are amazing. They have a guy in Julian Fleming that's been battling some injuries and also was not one of the top three guys, that if they happened to come on the field due to injury, I hope it doesn't happen, but I have faith in them as well to move the ball because I mean, we've seen how your pass defense is and some fans just only look at the numbers and we see how that goes too."

Why should Ohio State fear Kenneth Walker III on Saturday?

Sheehan: It’s so cliché, but he's a total package, right? I mean, he's got the vision, he's got the speed, he's got the cuts and that's why he made his way to Heisman candidacy. You don't get there just by doing one thing well or two things. No, he is the complete total package. And early on in the season, of course, as he's getting the Heisman buzz, there are the haters, like, oh, well, he's just behind a good offensive line reaping the benefits. Not at all. Like, this offensive line is good on a good day. Largely mediocre for the most part this season, I would say. He just finds holes where there aren't any. I can’t tell you how many times he’s run into the line, there's nothing there, OK, I'm going to bounce it out. I'm going to cut across the edge and make this a six yard gain. That's what I always like to say. I mean, this is probably the 89th time I'm saying this this year, but that's the most fun part about Kenneth Walker's game. It's not those 40 yard touchdown bursts or cutting back and burning so in the open field, that's fun. But for me, it's when he takes a run that should be a loss of two and then punches it out for ten yard gain.”

Stephens: "Monday, I was like, yeah, Ohio State probably wins by 24 points, at least 24. I'm sure somebody was like ‘Jay are you serious? serious. Like, it’s a week early, Michigan State’s good.’ They're good. Ohio State is just better. (Ohio State) will probably cover the spread this weekend. I don't bet, so I'm comfortable saying that, I say that without feeling any anxiety or anything like that, but I do think Ohio State wins because it's too much firepower. And I do think defensively, the pass defense will step up in a big way where there was hesitation, people were nervous about the pass defense, I think I think they'll be just fine."

Sheehan: "I'm going to agree, obviously, you know, like MSU is a good team. Like, I think the MSU offense can, you know, maybe keep up in a track meet for a little bit. And can Kenneth Walker get some stuff done? Sure he can. But like, oh boy, it's just that Ohio State passing game. Even if our secondary was healthy, I'd be a little nervous. The fact that there are just dead bodies all over the place in the secondary, that's why I'm so low about it. It's just, yeah, that one position group in that whole matchup." 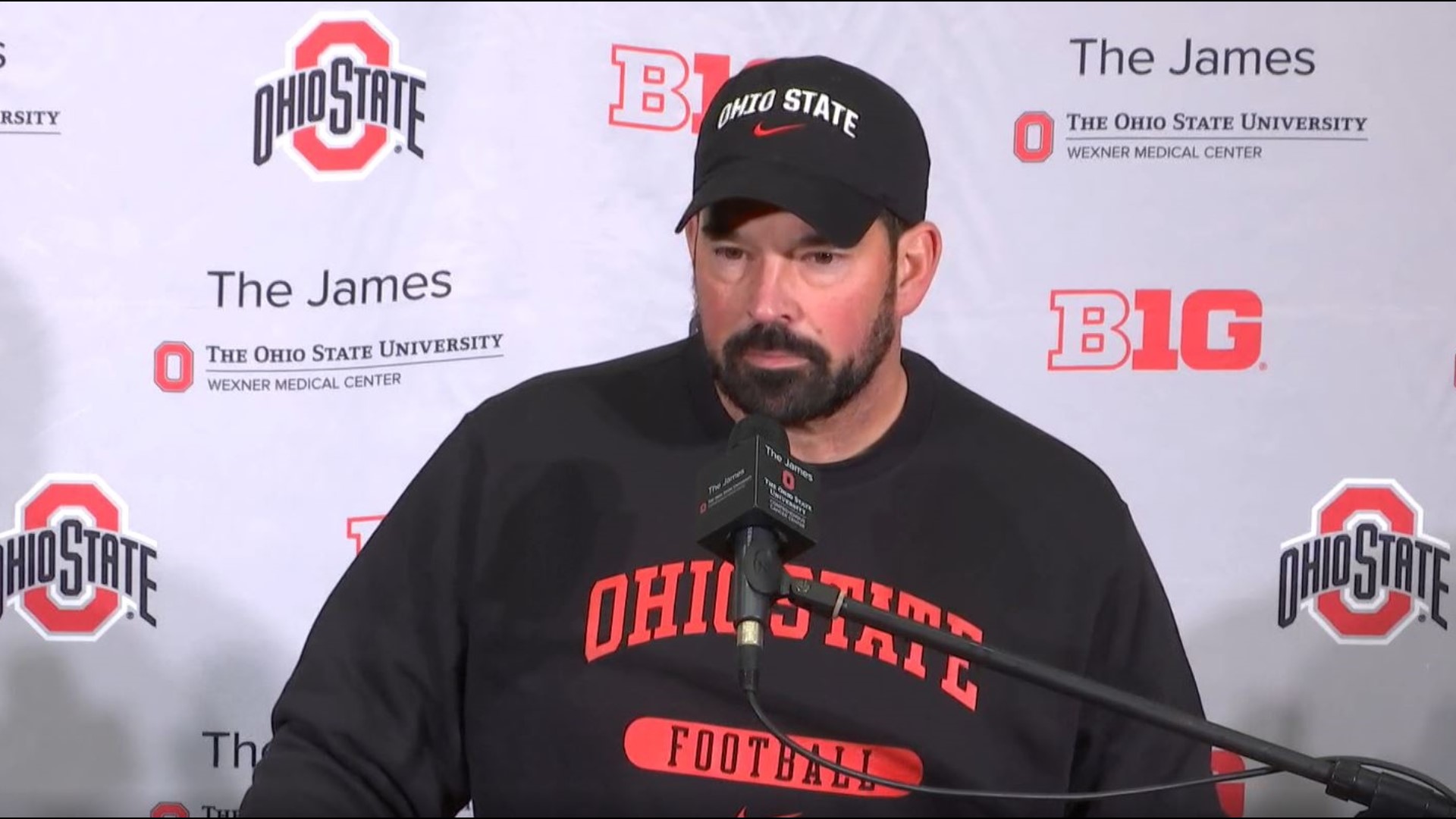