Khan released a statement condemning Meyer’s actions, which were captured on video and released on social media. 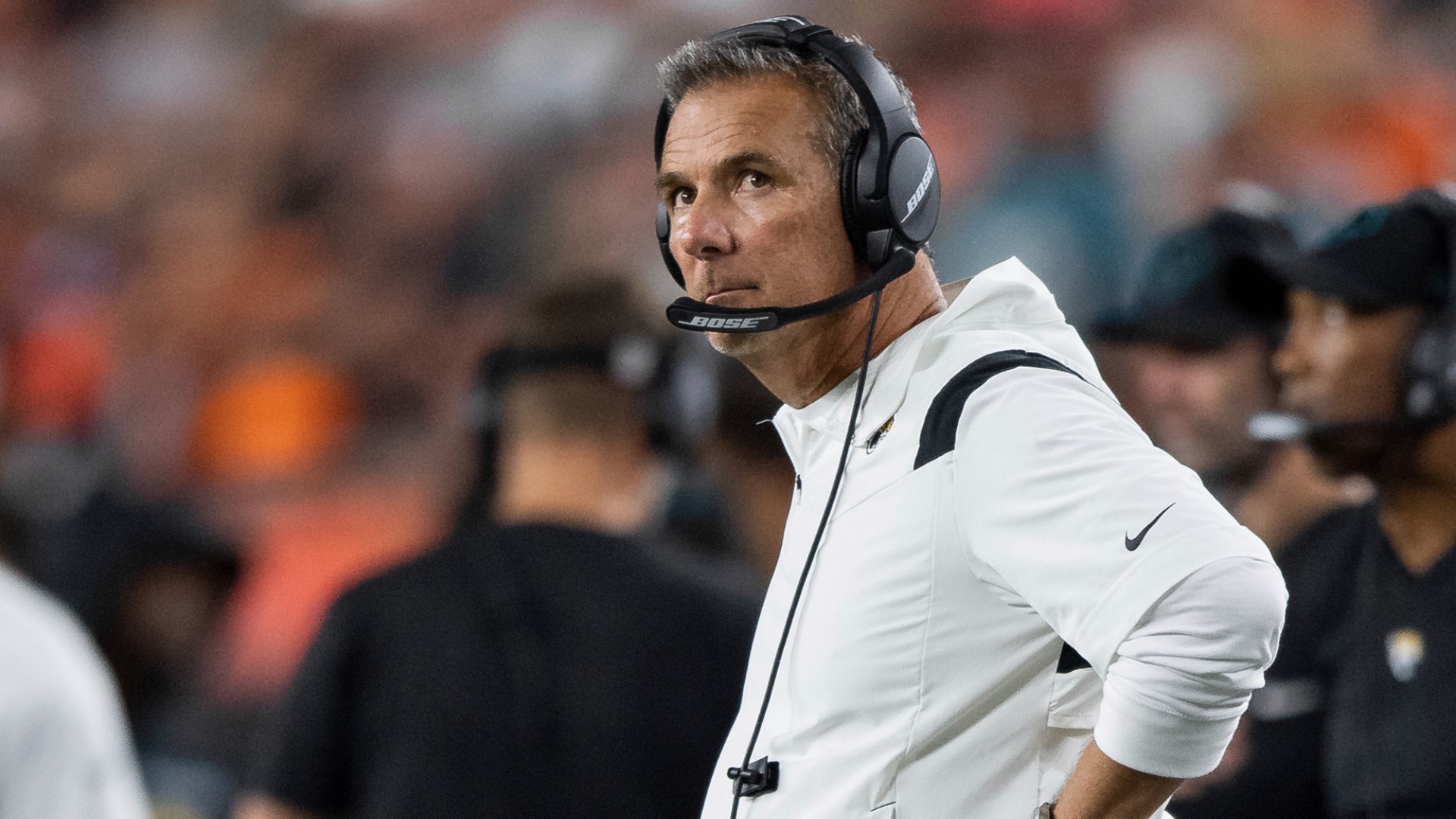 Khan released a statement condemning Meyer’s actions, which were captured on video and released on social media. One shows a young woman dancing close to Meyer’s lap as he sits on a bar stool, a clip that quickly went viral. A second, more damning video appears to show Meyer touching the woman’s behind.

“I have addressed this matter with Urban. Specifics of our conversation will be held in confidence. What I will say is his conduct last weekend was inexcusable,” Khan said. “I appreciate Urban’s remorse, which I believe is sincere. Now, he must regain our trust and respect. That will require a personal commitment from Urban to everyone who supports, represents or plays for our team. I am confident he will deliver.”

Meyer apologized Monday to his family, team and Khan. He called a team meeting and vowed to “own it,” the motto he uses daily and has plastered all around the Jaguars facility.

“Just stupid,” Meyer said. “Should not have put myself in that kind of position.”

Meyer didn’t fly back with his winless team following Jacksonville’s 24-21 loss at Cincinnati on Thursday night, a highly unusual move for any coach. Instead, he remained in his home state of Ohio to see family members and went to dinner Friday at his restaurant/bar in Columbus, Urban Meyer’s Pint House.

“There was a big group next to our restaurant and they wanted me to come over and take pictures, and I did,” Meyer said. “They were trying to pull me out on the dance floor, screwing around, and I should have left.”

The first video shows a young blond woman dancing between the 57-year-old Meyer’s legs as he was sitting on a bar stool. The second, taken from a different angle, shows Meyer’s right hand on or near her bottom.

The Jaguars (0-4) have lost 19 consecutive games, seven shy of tying the NFL record set by Tampa Bay in 1977. Meyer insists they have shown dramatic improvements since Week 1.

Meyer said he’s concerned the videos could have long-term ramifications with players he has asked to buy into his makeover.

“I have a very good relationship with our players,” Meyer said. “I’ve dealt with this, not on the other side but with staff members and with other things, and I’ve dealt with it. So to say I’m concerned, yeah, I am concerned. But I just got to do right.”