Stroud, No. 7 Buckeyes hitting stride with Maryland up next

The closest the Terps have to a quality win was West Virginia in Week 1 and they were blown out last week by then-No. 5 Iowa, 51-14. 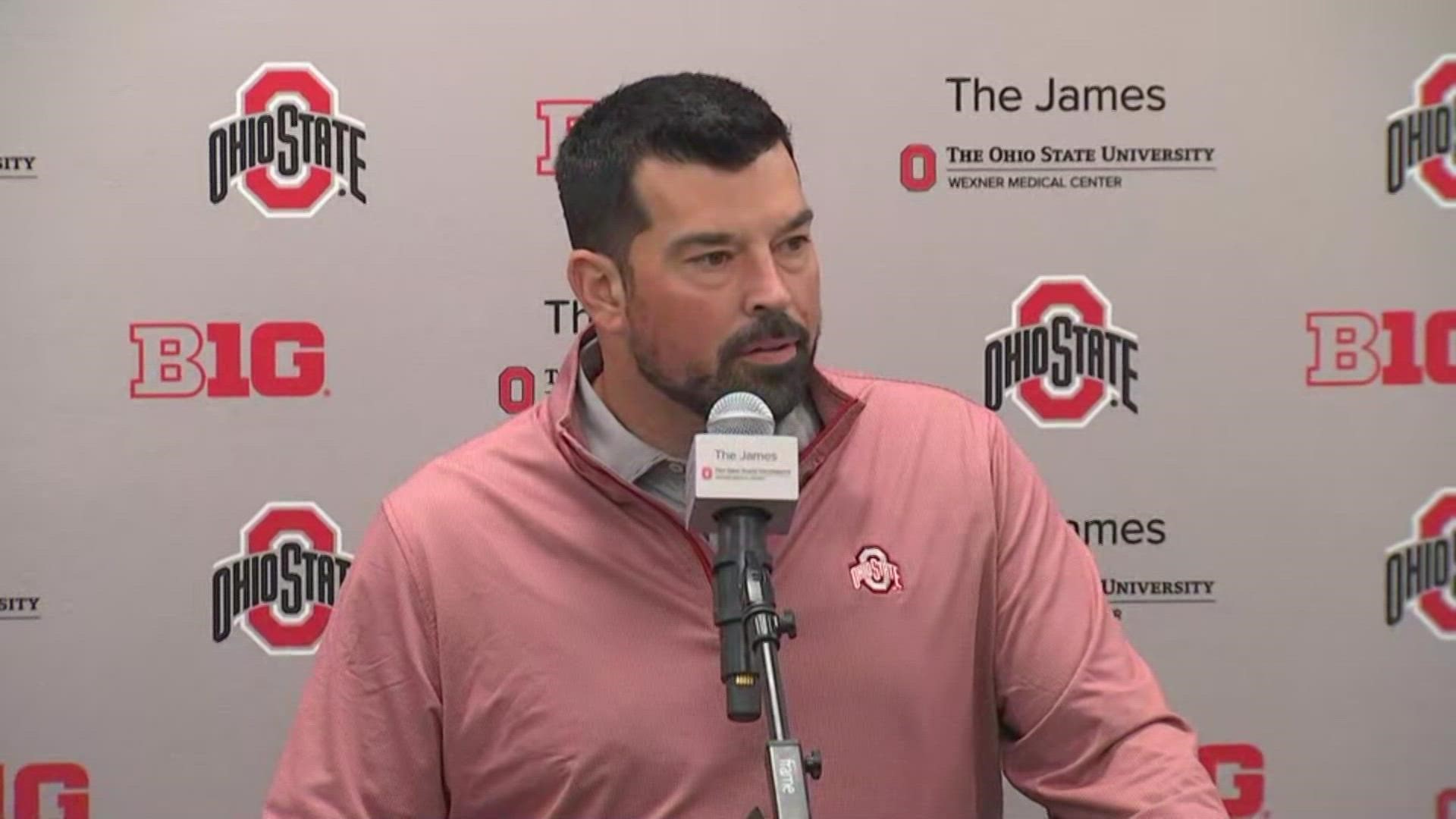 The freshman had a wobbly start — with the Buckeyes losing to Oregon in Week 2 — and fought through a sore shoulder. After resting against Akron, Stroud had his best game as a Buckeye last week in a 52-13 victory over Rutgers, a team that was expected to put up more of a fight.

Good thing for Stroud and the Buckeyes (4-1, 2-0 Big Ten), with a critical matchup against No. 4 Penn State on the slate at the end of the month. But there is business to handle first, most immediately a visit from Maryland (4-1, 1-1) on Saturday.

Maryland comes in as a three-touchdown underdog. The closest the Terps have to a quality win was West Virginia in Week 1 and they were blown out last week by then-No. 5 Iowa, 51-14.

“Last week (in the Iowa loss) — throw that game out and go with what we’ve seen in the past with them, because they’re dangerous,” Day said.

Maryland coach Michael Locksley certainly is in favor of tossing out the Iowa debacle.

“I think we’re a better team than what we showed on Friday night, there’s no doubt about that,” he said. “We’re sitting here 4-1 after five games, so I don’t think there is a need for us to panic. I’ve got a lot of confidence in this team. This is a team that I feel is still together.”

Stroud looked calm and comfortable last week, picking apart Rutgers with short and intermediate passes, and letting his star receivers do the heavy lifting. He was 17 for 23 for 330 yards and five touchdowns before mop-up personnel were summoned in the third quarter.

With freshman running back TreVeyon Henderson emerging as a top talent, the Buckeyes lead the nation in average yards per game (556.2) and yards per play (8.58).

The Ohio State defense also had its best game of the season, picking off Noah Vedral three times and limiting the Scarlet Knights to 3.6 yards per rush.

Maryland’s passing game was rolling along until last week’s loss to Iowa, in which Taulia Tagovailoa threw five interceptions. The bigger long-term problem from that game was the loss of Dontay Demus, who leads the Big Ten in yards receiving but is now expected to miss the rest of the year because of a knee injury.

The Terps still have plenty of depth at receiver, and Tagovailoa is second in the league in yards passing per game behind Stroud.

“It’s kind of like last year when we lost to Northwestern, he came and bounced back in the Minnesota game,” receiver Rakim Jarrett said of his quarterback. “I wouldn’t say one game is going to define who he’s going to be.”

Henderson was banged up and held out of the second half of the Rutgers blowout. Ohio State didn’t disclose details, but Day said this week that the freshman is “good to go” for Maryland.

“If we find ourselves in a situation where we’re up comfortably like that, we’re not going to be foolish and put him in a bad spot when he’s not 100% — and that’s just the way it was,” Day said.

Ohio State had 23 true and red-shirt freshmen play in last week’s win. Four of them started, including Stroud, Henderson, center Luke Wypler and cornerback Denzel Burke, who returned an interception for a touchdown. Henderson rushed for 71 yards and a touchdown in the first half.