No. 9 Buckeyes look to rebound against Tulsa

Third-year coach Ryan Day, who was dealt his first regular-season loss, said every detail is being evaluated. 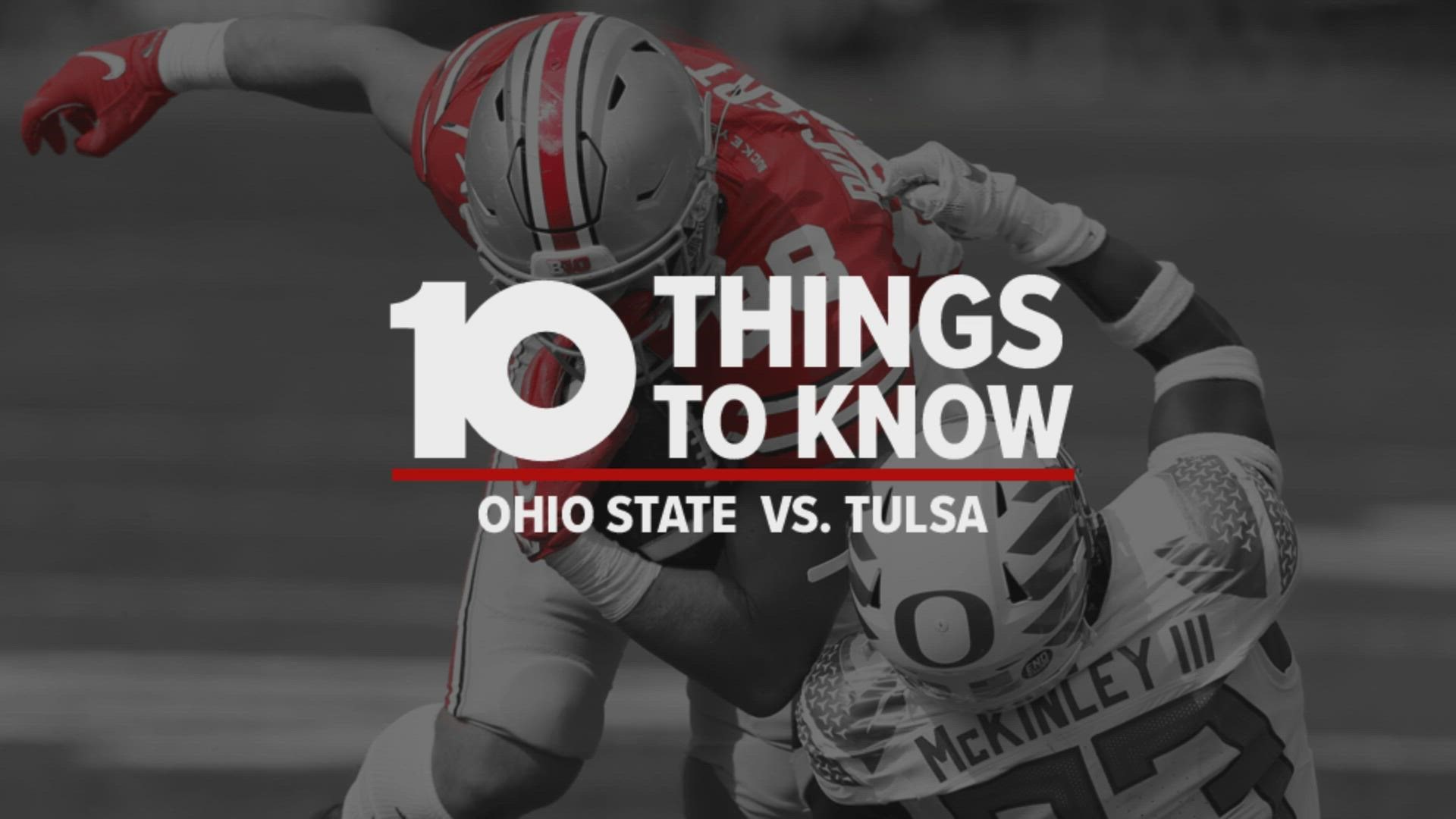 Third-year coach Ryan Day, who was dealt his first regular-season loss, said every detail is being evaluated. On the hot seat immediately is defensive coordinator Kerry Coombs, whose unit was shredded by free-running ball-carriers in the first two games.

“Took a long, hard look the last 48 hours at everything that’s going on and certainly going to make some adjustments,” Day said this week. “Not only of how we’re attacking other offenses, but also just structurally how we’re doing our day-to-day operations.”

Working in favor of the No. 9 Buckeyes is the schedule. They face Tulsa on Saturday and second-tier Mid-American Conference squad Akron the week after. Tulsa (0-2) comes in as a 24 1/2-point underdog, according to FanDuel SportsBook.

“The energy and just the attention to detail the last two days, I feel like it hasn’t been like that since camp started,” receiver Garrett Wilson said. “We knew we had some problems, but whenever you lose, it magnifies them all. There’s no room for messing up in practice anymore. If there was before, there’s none at all.”

The Ohio State defense, whose issues have lingered from the pandemic-delayed 2020 season, can really use the tune-up games. Mohamed Ibriham ran all over the Buckeyes in their Week 1 win over Minnesota until going down with a leg injury in the third quarter. CJ Verdell romped for 161 yards and two touchdowns in Oregon’s win, sometimes without being touched until he reached the secondary.

To compound the situation, the most experienced defender in the Ohio State secondary, senior safety Josh Proctor, was lost to a season-ending leg injury last week. Starting cornerback Sevyn Banks is still out with an injury.

Asked if he’s looking at shifting coaching duties, he said: “I’d rather not get into all that, but right now, we’re looking at all those type of things.

“You want to act, you don’t want to overreact,” Day said. “You want to make sure that you do things the right way and you allow people to do their jobs. But when it gets to a certain point, you have to get things fixed, and that’s what we’ll do.”

Freshman C.J. Stroud was put in the unenviable position of being named the Ohio State starter without ever having thrown a collegiate pass. He put up gaudy numbers in the Oregon loss — 484 yards and three TDs — but his mistakes underscore his inexperience. He threw a fourth-quarter interception that sealed the win for the Ducks.

The Golden Hurricane suffered an upset of their own, with FCS school UC Davis knocking them off 19-17 in the opener. Then Tulsa came back and nearly beat Oklahoma State. The Cowboys needed a fourth-quarter comeback to secure the 28-23 win.

Operating amid the noise generated by 100,000 people in Ohio Stadium presents challenges for teams that don’t often play in larger venues. Tulsa home field, H. A. Chapman Stadium, seats about 30,000. The Golden Hurricane played in front of 52,000 last week in Stillwater.