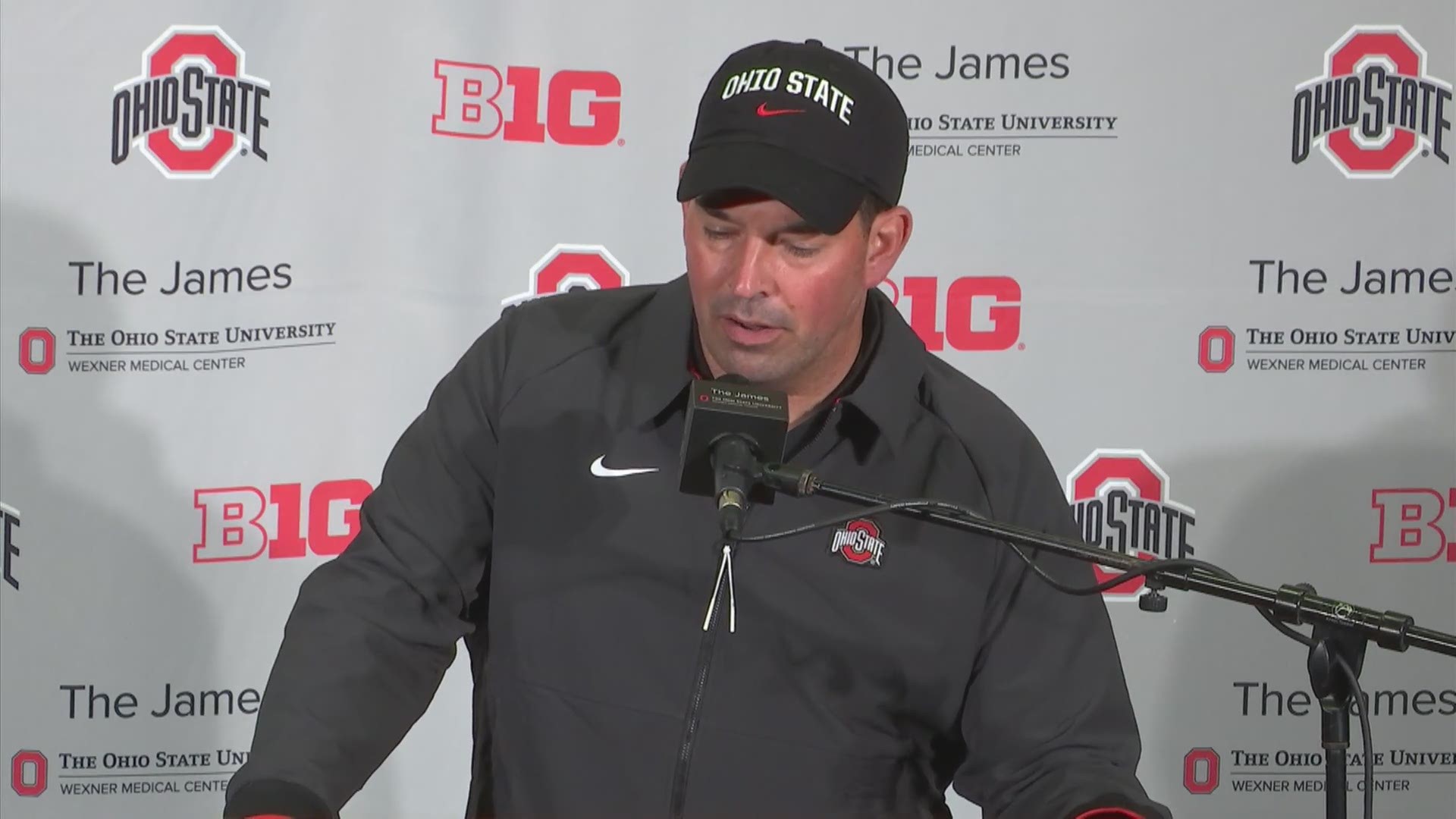 Fields threw two touchdown passes to Chris Olave, with Jameson Williams, Garrett Wilson and Jeremy Ruckert also recipients of scoring passes as the Buckeyes (3-0 Big Ten) played through some sloppiness and held off a second-half push by the Scarlet Knights.

Rutgers (1-2) had a promising drive early to answer Ohio’s State’s first score but had to settle for a 30-yard Guy Fava field goal. Trailing 35-3 at halftime, Rutgers came out and outscored the Buckeyes 24-14 in the second half.

Wilson caught six passes for 104 yards for Ohio State, and Fields completed passes to eight other receivers, and his average completion went for 13 yards. Running backs Master Teague III, Steele Chambers and Trey Sermon pieced together 174 rushing yards, and Teague had a touchdown.

Rutgers quarterback Noah Vedral, a graduate transfer from Oklahoma, was 22 of 33 for 168 yards. Bo Melton caught seven passes for 86 yards.

Ohio State rolled up 517 yards compared with 373 by Rutgers.

Rutgers: Coach Greg Schiano, a former Ohio State assistant in his second stint running the team, has the Scarlet Knights playing aggressively. They played a tough second half but couldn’t climb out of the hole they dug early.

Ohio State: The Buckeyes were sloppy and got stuck in the mud at times, but Fields can make things happen.

The Buckeyes beat a team they were supposed to beat, which probably won’t impress voters much.

Ohio State: At Maryland on Saturday.