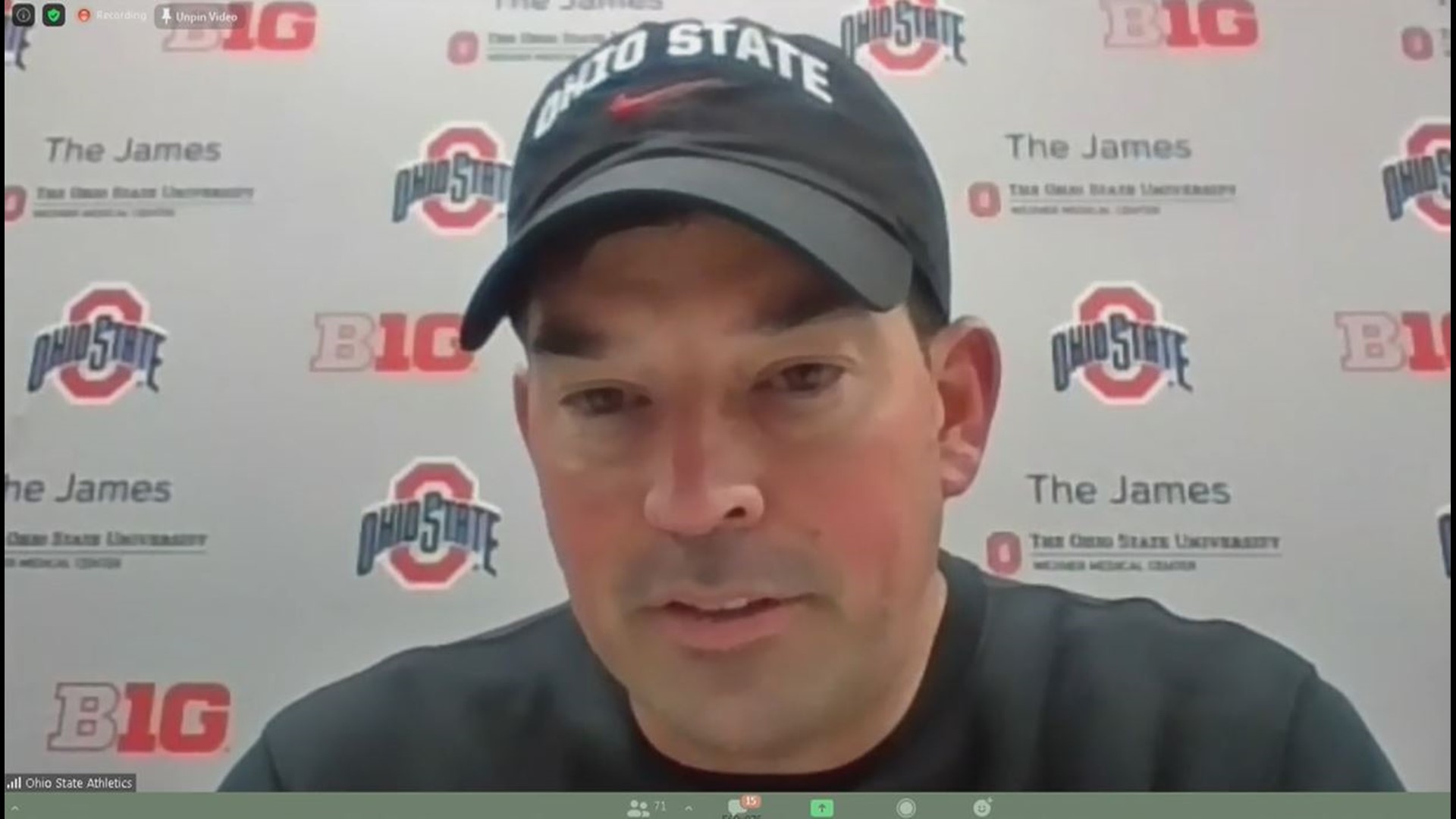 Justin Fields passed for 318 yards and four touchdowns, two to Chris Olave, and No. 3 Ohio State beat No. 18 Penn State 38-25 on an eerily quiet Saturday night at what is usually one of the most raucous settings in college football.

Jeremy Ruckert also caught a pair of touchdowns, Master Teague II ran for another and the Buckeyes generated 526 yards of offense in their 15th straight Big Ten win and 10th straight on the road against a ranked opponent.

The Buckeyes only needed five plays on their next drive to take a 14-0 lead when Fields zipped a 26-yard pass over corner Joey Porter Jr.’s shoulder to Olave in the end zone.

A white out at Penn State is normally one of the great spectacles in sports and the recent ones involving the Buckeyes have been classic games. The last three have been decided by a total of 11 points, with Ohio State taking two.

But the Big Ten is playing in mostly empty stadiums because of the pandemic.

Instead of an almost glittering sea of more than 100,000 white-clad Nittany Lions fans singing along to “Shout” and shaking the stadium as they bounce to “Zombie Nation,” about 1,000 friends and family of players were scattered in the stands behind each bench in Beaver Stadium.

The student-section was filled with cardboard cutouts of fans and the only glow on Halloween night came from the lights bouncing off the empty metal bleachers.

Maybe it would have helped the Nittany Lions to have had the home-field advantage because they never really threatened the Buckeyes without it.

Penn State got on the board when Jake Pinegar capped an 11-play, 61-yard drive with a 31-yard field goal.

But Fields stayed hot The Buckeyes’ quarterback, who completed 20 of 21 passes a week ago, completed his first seven and went 15-for-18 in the first half.

The Nittany Lions got a break when Ohio State turned the ball over on downs with a second left before halftime. Fields took a knee on fourth down too quickly to burn the clock. Penn State’s Jake Stout used it to make a 50-yard field goal and cut it to 21-6.

Sean Clifford, who finished 18-for-30 for 281 yards with three touchdowns and an interception, found his first rhythm on the Nittany Lions first drive of the second half. He went 5-for-5 with a 14-yard scoring toss to Jahan Dotson that cut Ohio State’s lead to 21-13.

But the Buckeyes answered back seven plays later when Fields laid a deep ball into Olave’s hands for a 49-yard touchdown.

Dotson caught touchdown passes of 21 and 20 yards in the fourth, but a 22-yard field goal from DiMaccio and another short touchdown catch by Ruckert had already put the game out of reach.

Dotson finsihed with eight catches for 144 yards in a breakout game.

For Ohio State, Olave had seven catches for 120 yards and Wilson made 11 grabs for 111.

Ohio State: Fields looks even better than last year when he was a Heisman Trophy finalist. As long as his offensive line continues to protect him well, he will continue to torch defenses with his accuracy.

Penn State: The offense was out of sorts all night. Only four players caught passes, Clifford had nowhere to run for much of the game and Penn State didn’t have a chance to work in running backs Keyvone Lee or Caziah Holmes playing from behind.

The Buckeyes will likely stay put. Penn State could potentially drop as No. 22 SMU, No. 23 Iowa State and No. 25 Boise State all turned in convincing wins.