Justin Fields completed 20 of 21 passes for two touchdowns and ran for another, Master Teague III rushed for a pair of scores. 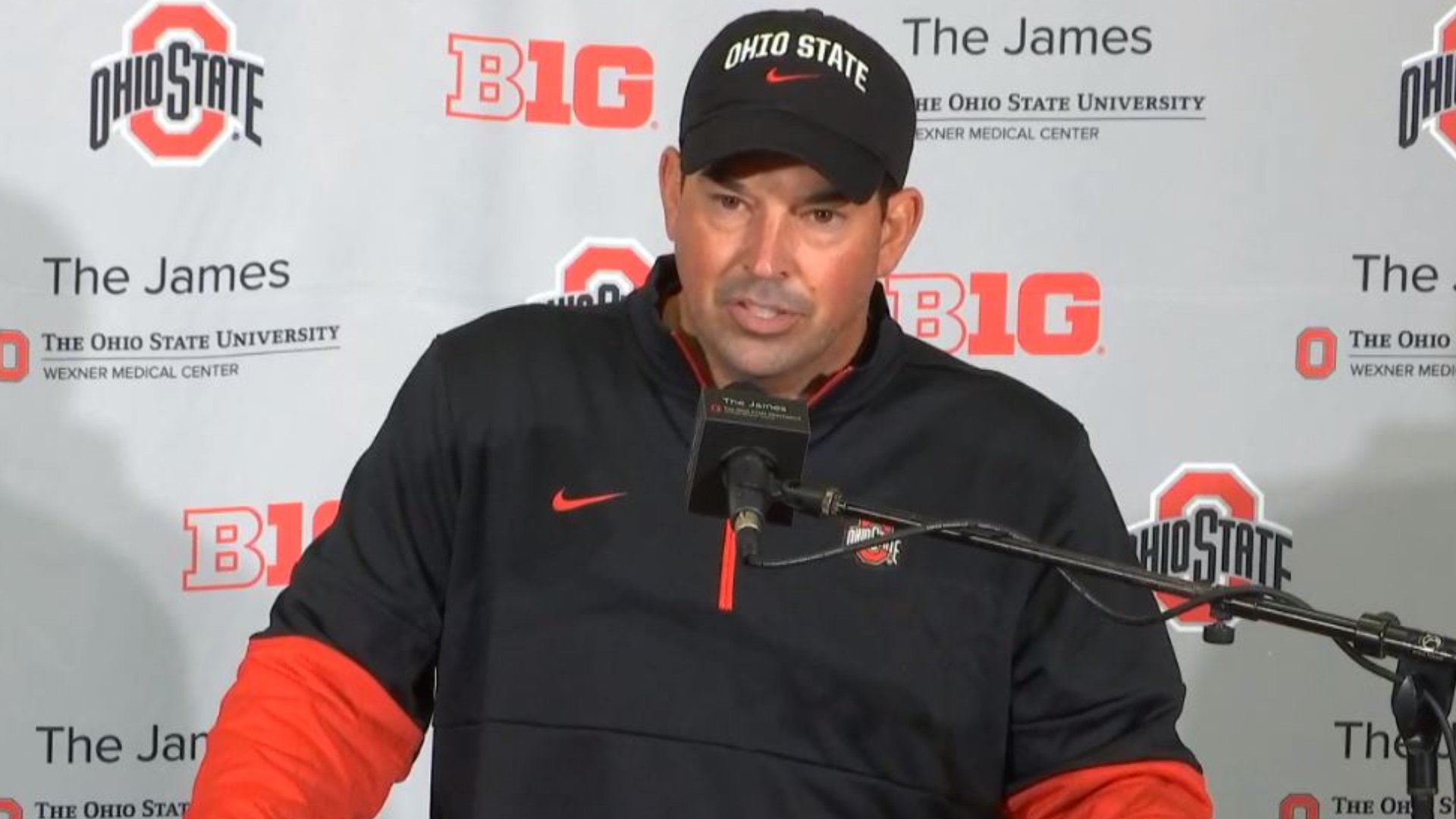 Justin Fields completed 20 of 21 passes for two touchdowns and ran for another, Master Teague III rushed for a pair of scores and Ohio State rolled over Nebraska 52-17 Saturday on the opening day of the Big Ten's pandemic-delayed season.

Fields, a Heisman Trophy finalist last season, completed his first 12 passes and threw for 276 yards. He ran for another 52 — including a stunning 17-yard third-quarter touchdown scramble around the left side that saw him spin past a defender into the end zone.

The Ohio State defense took most of the first half to figure out a way to contain quarterback Adrian Martinez, who marched the Huskers down for a touchdown in the opening 2 minutes of the game.

Nebraska (0-1, 0-1 Big Ten) tied the score at 14 in the second quarter, but an Ohio State (1-0, 1-0 Big Ten) field goal, a defensive stop and Teague's second TD run gave the Buckeyes a 24-14 lead at the half. Then came Fields' nifty touchdown run and a 55-yard scoop and score by Buckeyes cornerback Sevyn Banks, and Ohio State had it under control.

Nebraska: Effective against the Ohio State defense to start the game, the Huskers couldn't keep up in the second half. But Martinez showed flashes of his excellent freshman season in 2018, rushing for 77 yards and a touchdown.

Ohio State: Once they knocked the rust off early, Fields made good decisions and Buckeyes receivers were terrific. The defense gave up some chunk plays that kept Nebraska in the game early.

Now that voters have finally gotten a look at the stacked Buckeyes, there could be some more love on the way.

Ohio State athletic director Gene Smith predicted a “weird” atmosphere in Ohio Stadium, and he wasn't kidding. Because of coronavirus restrictions, there were just 1,344 people in the 105,000-capacity venue, counting staff and media. Family and friends of players and coaches were spread out in the lower deck. Even with 4,700 cutouts the place looked empty. No cheerleaders, no marching band and no “script Ohio,” which has been tradition at home games for 84 years. It is believed to be the smallest crowd to watch an Ohio State game since sometime before 1910.

Ohio State: Faces No. 8 Penn State on the road.