Ohio State fans gathered by the hundreds Saturday morning in front of the Horseshoe, which now sits empty. 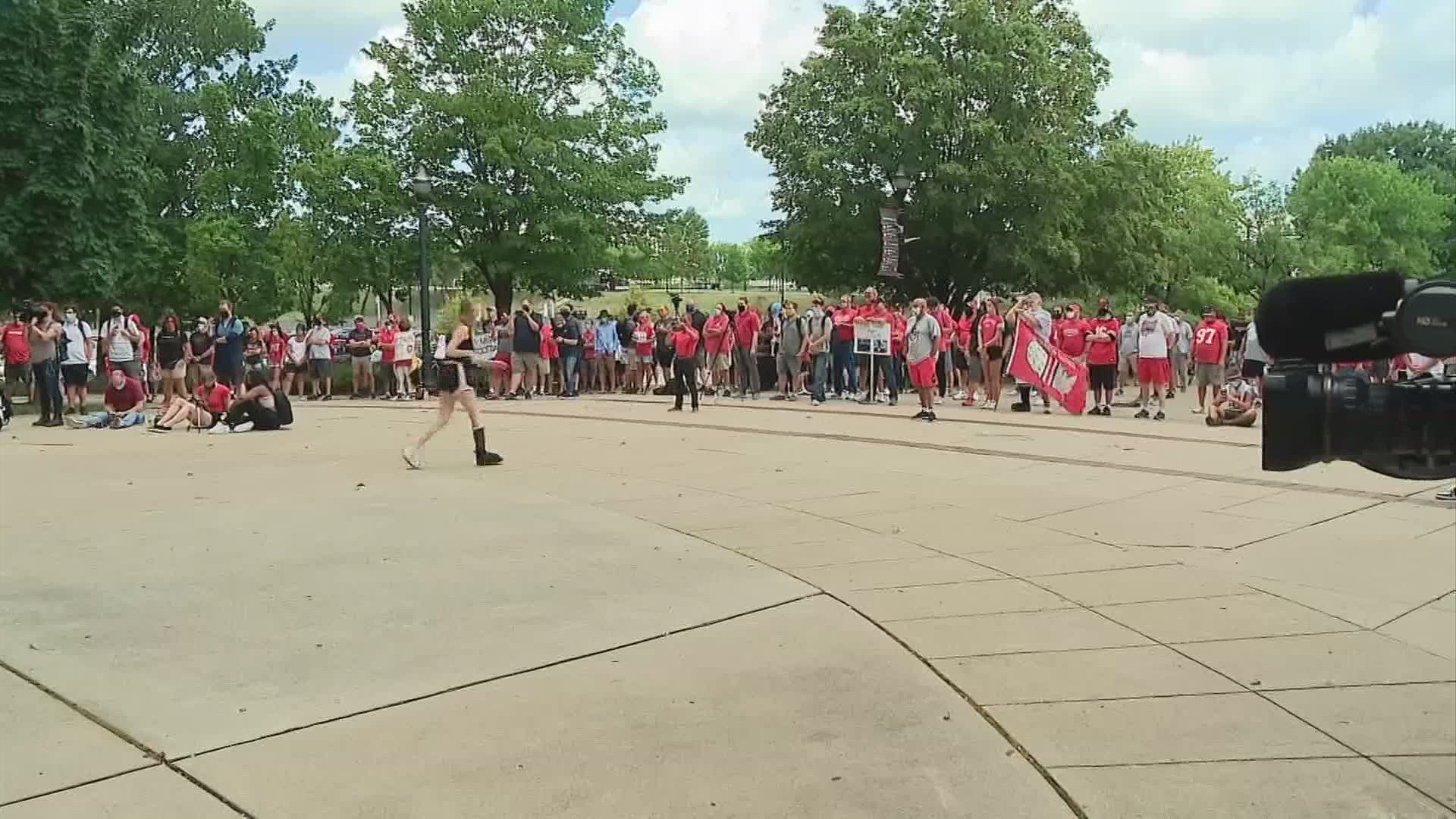 COLUMBUS, Ohio — Ohio State fans gathered by the hundreds Saturday morning in front of the Horseshoe, which now sits empty.

OSU football fans and parents of the players gathered to demand answers as to why the Big Ten decided to delay their season, while other conferences are going ahead.

One by one parents spoke of their son’s commitment and dedication for a season they were expecting to start in August. Earlier in the month, the Big Ten commissioner issued a community statement saying the fall season wouldn’t be played and options such as winter or spring were being entertained. This decision stems from concerns that playing the season could spread the coronavirus.

In front of a crowd of about 300 that seemed more like a rally, one parent called for transparency. “We want the real reason why this fall season isn’t happening." Earlier in the week, parents of OSU football players called upon other parents of Big Ten football teams to hold similar protests also asking for answers from the Big Ten.

Big Ten commissioner Kevin Warren has been under pressure ever since he made the decision to cancel the fall season.  Just this week, President Donald Trump even said Big Ten football should resume, but Warren said in his statement that he would not revisit the issue and the order stands.

In the meantime, hundreds of people in front of the Horseshoe expressed disappointment fearing they may have lost the beginning of a fall football season, but the hope remains that a season could still exist in November so that fans can once again chant O-H-I-O.