No. 5 Ohio State extends streak with 54-7 blowout at Indiana 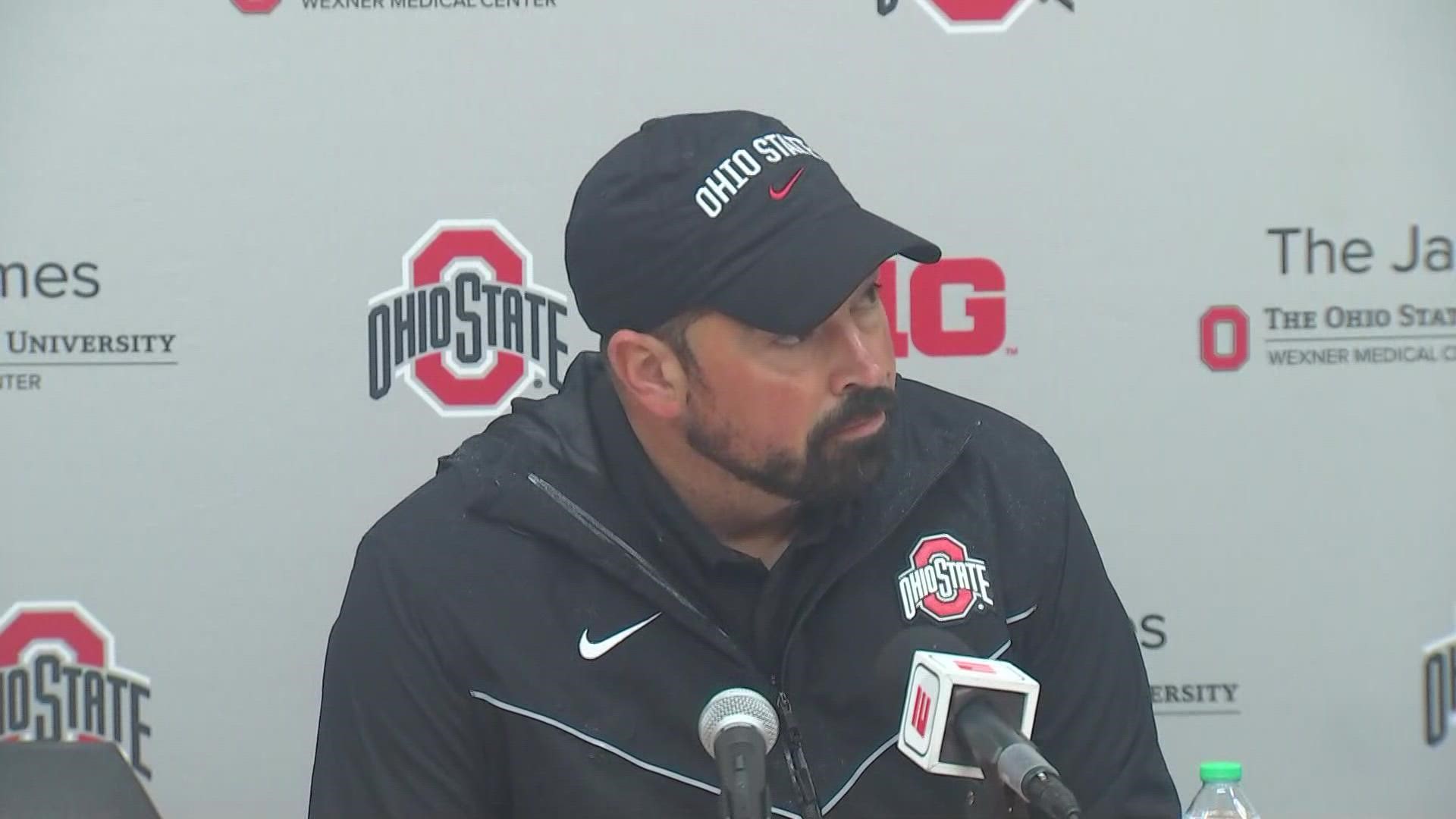 The Buckeyes (6-1, 4-0 Big Ten) have won five straight overall, 25 in a row against conference foes including championship games and 27 straight against the Hoosiers — the longest active streak against a single opponent in the Football Bowl Subdivision. Ohio State also has won an FBS-leading 12 consecutive true road games and extended its conference record with a 15th straight double-digit road win against a league foe.

After Henderson broke a 7-all tie with a 21-yard TD run late in the first quarter, the short-handed Hoosiers (2-5, 0-4) never had a chance. Ohio State scored the final 37 points of the first half and coach Ryan Day pulled his starters after three quarters.

Ohio State: The Buckeyes have been steamrolling opponents since a Week 2 loss to Oregon — and the trip to Bloomington was no problem. They scored 30 points — in the second quarter — and have won five in a row by an average margin of 41.6 points. It’s the second half of the schedule that poses the real obstacle to Ohio State.

Indiana: The Hoosiers have lost three straight — all against top-10 teams — and all five losses this season have come against opponents who started this weekend ranked in the top 11. Fortunately for Indiana, only one top-10 foe, No. 6 Michigan, still is on the schedule. But if Tuttle can’t play, navigating the final five games will be difficult.

Ohio State: Henderson has scored 14 TDs this season, four short of Maurice Clarett’s school record for a freshman. He moved past Art Schlichter and Joel Payton (13) for second Saturday. ... Miyan Williams had eight carries for 60 yards and one TD. ... Jeremy Ruckert caught two TD passes, while Henderson and Chris Olave each had one. ... Ohio State has won 15 consecutive games with two weeks to prepare.

Indiana: Hendershot had five receptions for 35 yards and one score, becoming the Hoosiers’ top pass-catcher among tight ends. He has 119 receptions, two more than Ted Bolser’s previous mark. ... The Hoosiers rushed 37 times for 48 yards. ... Punter James Evans was tackled in the end zone for a safety. ... Indiana had its second sellout this season but Memorial Stadium was more than half empty by the start of the third quarter.

Ohio State: Day listed 14 players as “unavailable” for the game including RB Master Teague. The school did not provide a reason for any of the absences.

Indiana: In addition to Tuttle’s two exits, defensive end/linebacker Jalen Handy left late in the third quarter when he walked directly from the field to the locker room with an undisclosed injury.