Stroud completed 24 of his 33 passes for 406 and five touchdowns in three quarters of play against the Terrapins. 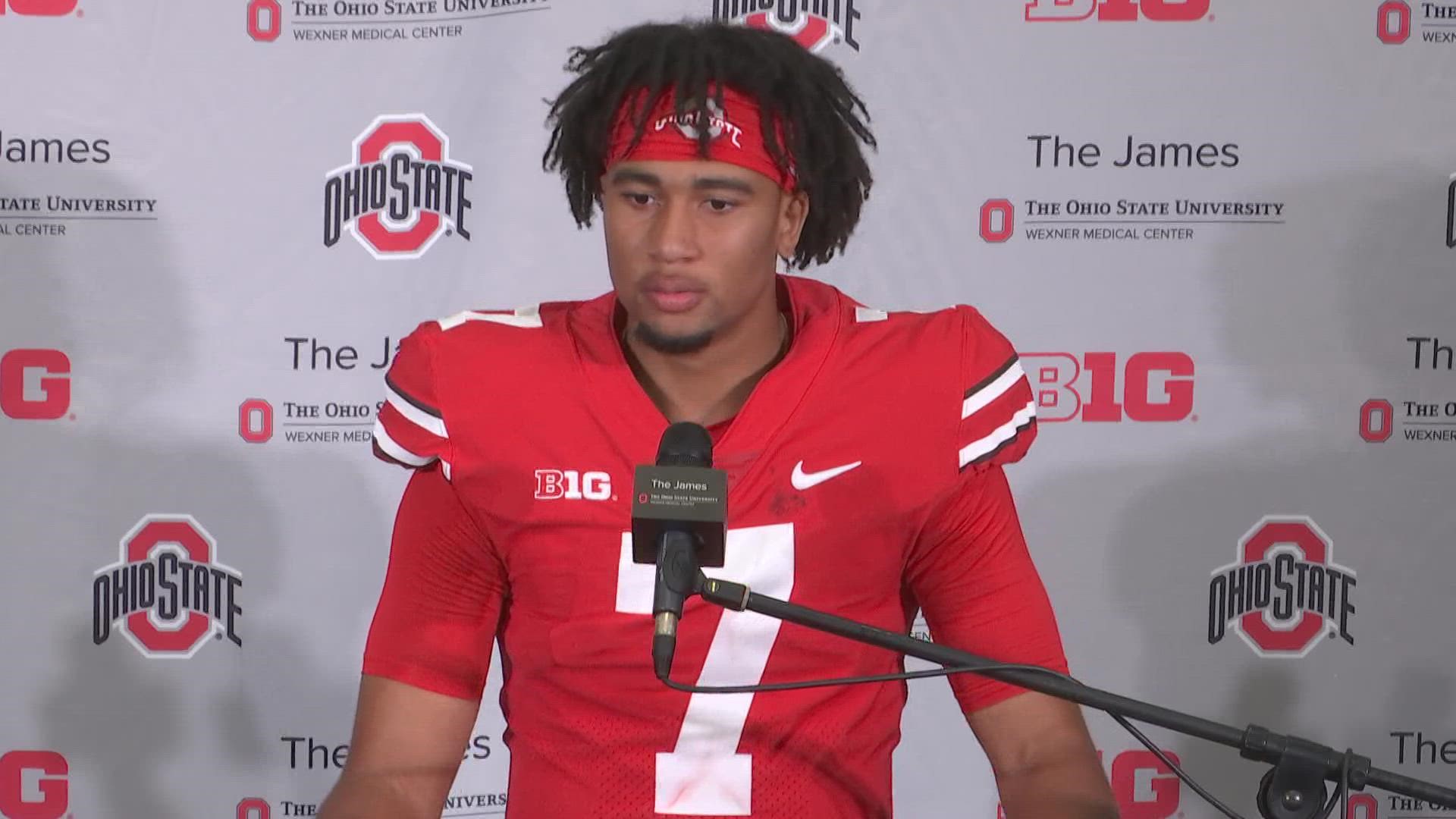 COLUMBUS, Ohio — Ohio State quarterback C.J. was named Big Ten football's Co-Offensive Player of the Week and Freshman of the Week for his performance Saturday in the Buckeyes' dominant 66-17 win over Maryland.

Stroud completed 24 of his 33 passes for 406 and five touchdowns in three quarters of play against the Terrapins.

This week's honors mark Stroud's first Offensive Player of the Week award and his fourth Freshman of the Week accolade this season.

Stroud shares the offensive player of the week honors with Michigan State wide receiver Jalen Nailor, who had five receptions for 221 yards and three touchdowns in the Spartans' 31-13 win over Rutgers.

Big Ten Freshman of the Week