The color scheme will be a first among the Buckeyes' alternate uniforms. 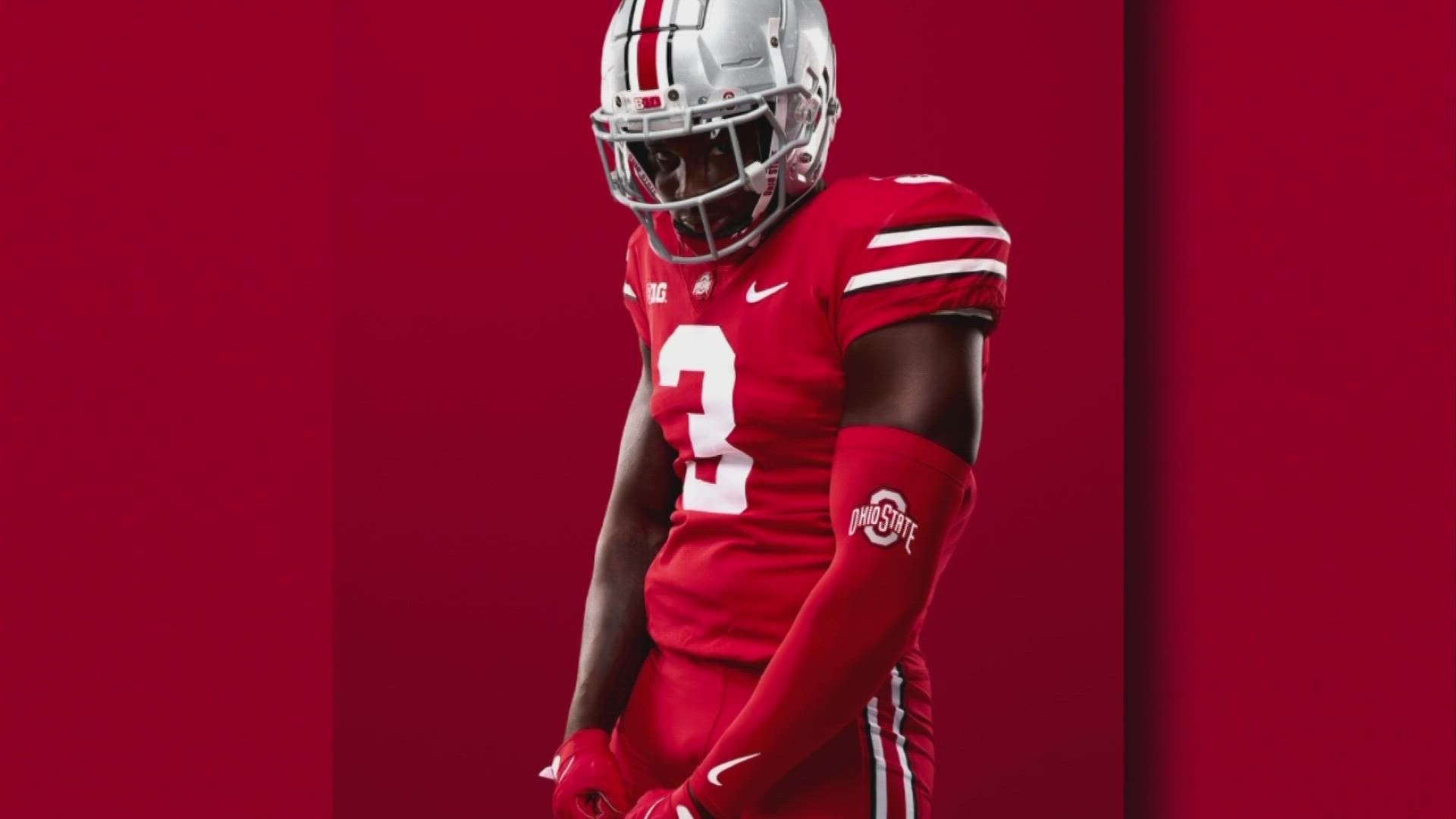 The set includes a scarlet jersey, pants, socks, base layers, gloves and spikes with the traditional pattern on the shoulders and down the side of the legs.

The traditional silver helmet will be worn.

The color scheme will be a first among the Buckeyes' alternate uniforms.

In addition to the uniform, the university is asking fans to "Scarlet the Shoe" by layering up and wearing scarlet jerseys, overcoats, sweatshirts, hoodies, sweaters and/or blankets.

Game time and television network for the game between the Buckeyes and Nittany Lions will be determined between Oct. 18-25.