The Buckeyes are coming home and fans are allowed back inside Ohio Stadium. 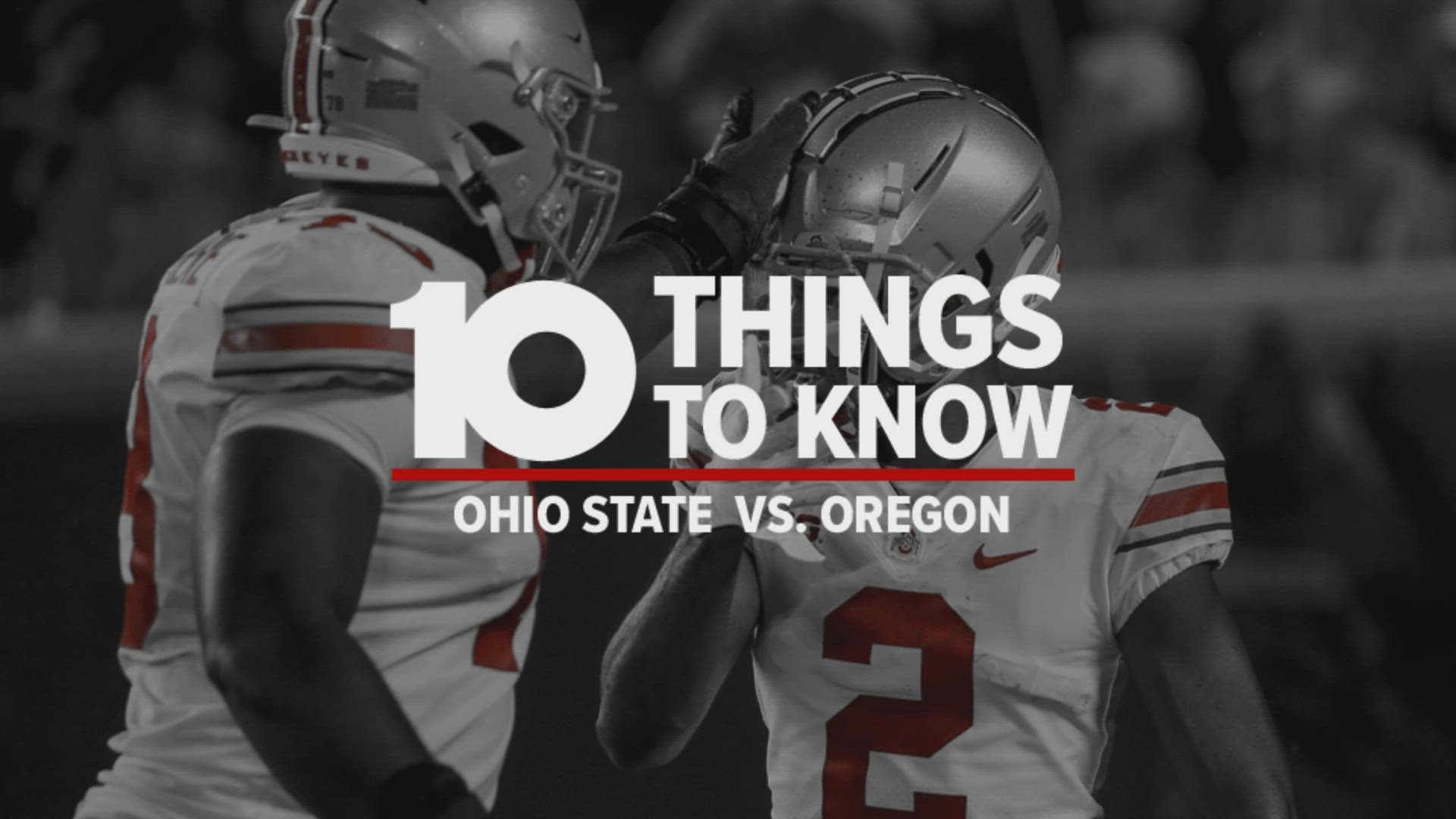 COLUMBUS, Ohio — We all know what the best thing about being 1-0 is but this week there's more to it.

It's been a long time since Buckeye Nation has been able to come together at Ohio Stadium and cheer them on to victory.

The time has finally come and No. 3 Ohio State will be hosting No. 12 Oregon on Saturday in a classic Big Ten/Pac-12 contest.

So, without delay here are 10 Things To Know about the home opener.

2. The Buckeyes did not allow a sack of quarterback C.J. Stroud and had just one negative yardage play on offense.

3. Ohio State averaged 10.3 yards per play in the win and had four plays that covered 50 yards or more – the most of any team last weekend.

4. All six of the Buckeyes' touchdowns last Thursday covered 30 yards or more, including one by the defense.

6. Saturday will be the 10th meeting between Ohio State and Oregon. The Buckeyes lead the series, 9-0.

7. The Buckeyes and Ducks met for the first time in the 1958 Rose Bowl, a 10-7 Ohio State win that secured Woody Hayes his second national championship.

10. There will be several changes to home games this year from traffic to ticketing to mask policies. We got you covered with the details.