Meyer, who retired as Ohio State coach at the end of the 2018 season, took the Jacksonville job in mid-January. 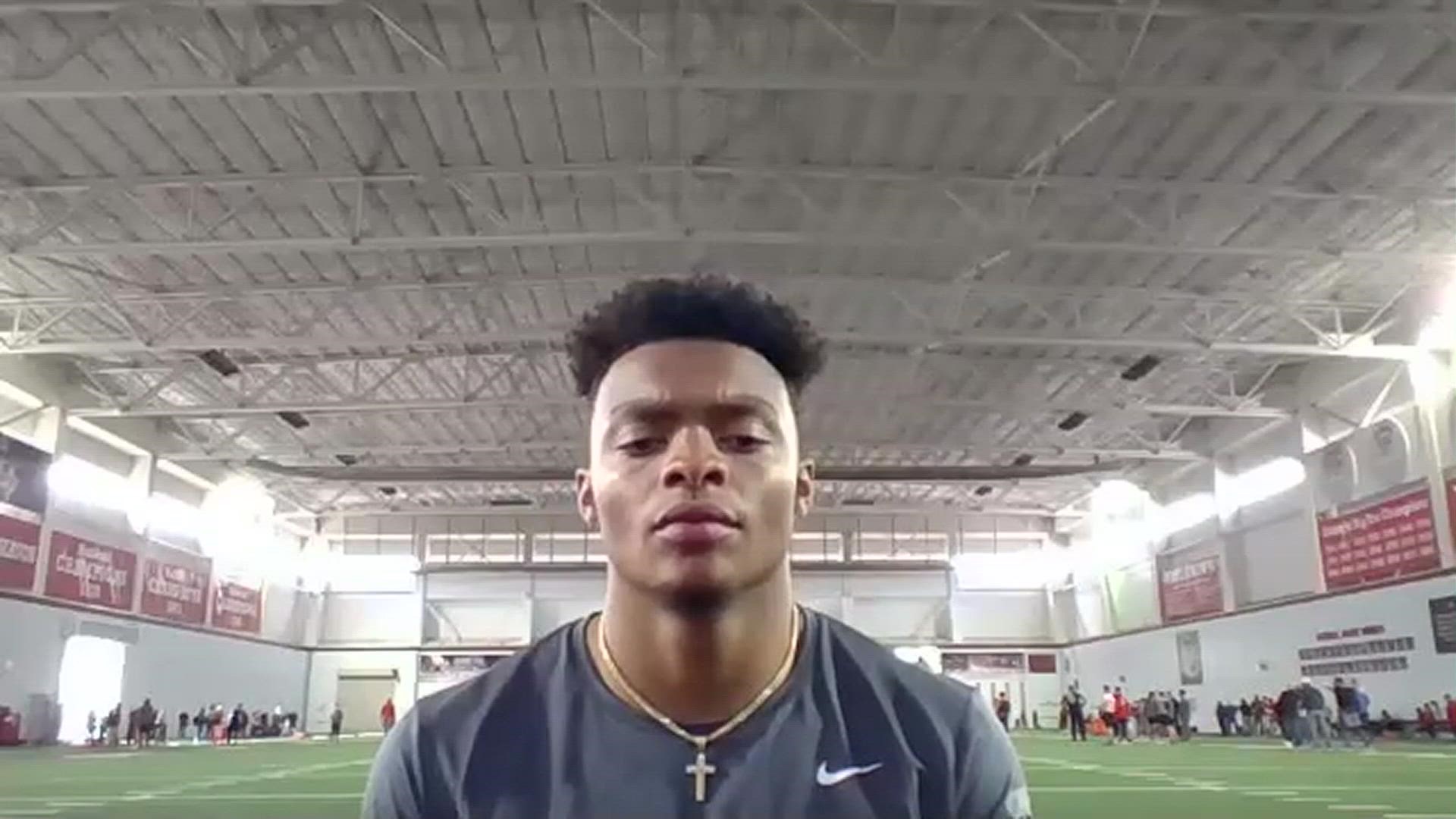 New Jacksonville Jaguars coach Urban Meyer likes to go with what he knows and trusts. That may end up benefiting some of his former recruits who worked out at Ohio State’s pro day on Tuesday in front of Meyer and other NFL coaches and executives.

Meyer, who retired as Ohio State coach at the end of the 2018 season, took the Jacksonville job in mid-January. He has shown up personally at just one other school’s pro day — for Clemson quarterback Trevor Lawrence, who the Jaguars are expected to take with the top overall draft pick next month.

It stands to reason Meyer will give a good once-over to the group of draft-eligible Ohio State seniors he already recruited and who thrived under his tutelage.

“It would be cool to play with coach Meyer, just because I know what he brings to the table and the culture he brings,” said linebacker Justin Hilliard, one of 14 players to work out at Ohio State in lieu of the canceled scouting combine.

Does being a former Meyer guy give him an edge?

“Yeah,” he said. “I think he knows exactly how I go to work every single day. I mean, when coach Meyer was here he ran special teams, and when he was here I believe I was the best special teams player in the country.”

Meyer is considered a master recruiter and motivator at the college level. He spent seven seasons at Ohio State and won a national championship after winning a pair of national titles at Florida. But he’s coaching in the NFL for the first time and has already lamented the difficulty of trying to evaluate free-agent talent without getting to know the players, a process made more difficult by COVID-19 restrictions. Much different than the lengthy and personal recruiting process that takes place in college.

“You’re talking about organizational decisions made by people, (and) there’s chances we have not spent much time with (the players), and to be honest with you, I don’t feel great about that,” Meyer said last month.

Already the Jaguars signed running back Carlos Hyde, who played for Meyer at Ohio State in 2012-13. Could other former Buckeyes follow?

“He’s a great resource to have, being so close with him,” said linebacker Pete Werner, who had a chance to catch up with Meyer on Tuesday. “I think we do (have an advantage), just because he seen all our work, he knows the culture here at Ohio State, he knows how we work. Him seeing us today in person, it clarified it for the rest of his staff. I do think we might have an edge, but you never know.”

The player with the highest profile Tuesday was quarterback Justin Fields, like Lawrence expected to be an early first-round pick. He was not, however, a Meyer recruit. Fields starred for two years under coach Ryan Day, who had lured him as a transfer from Georgia right after Meyer departed.