Robyn Suzzane Bassani denies the allegations made by the investigation, saying she was in a consensual relationship with a football player that lasted a year. 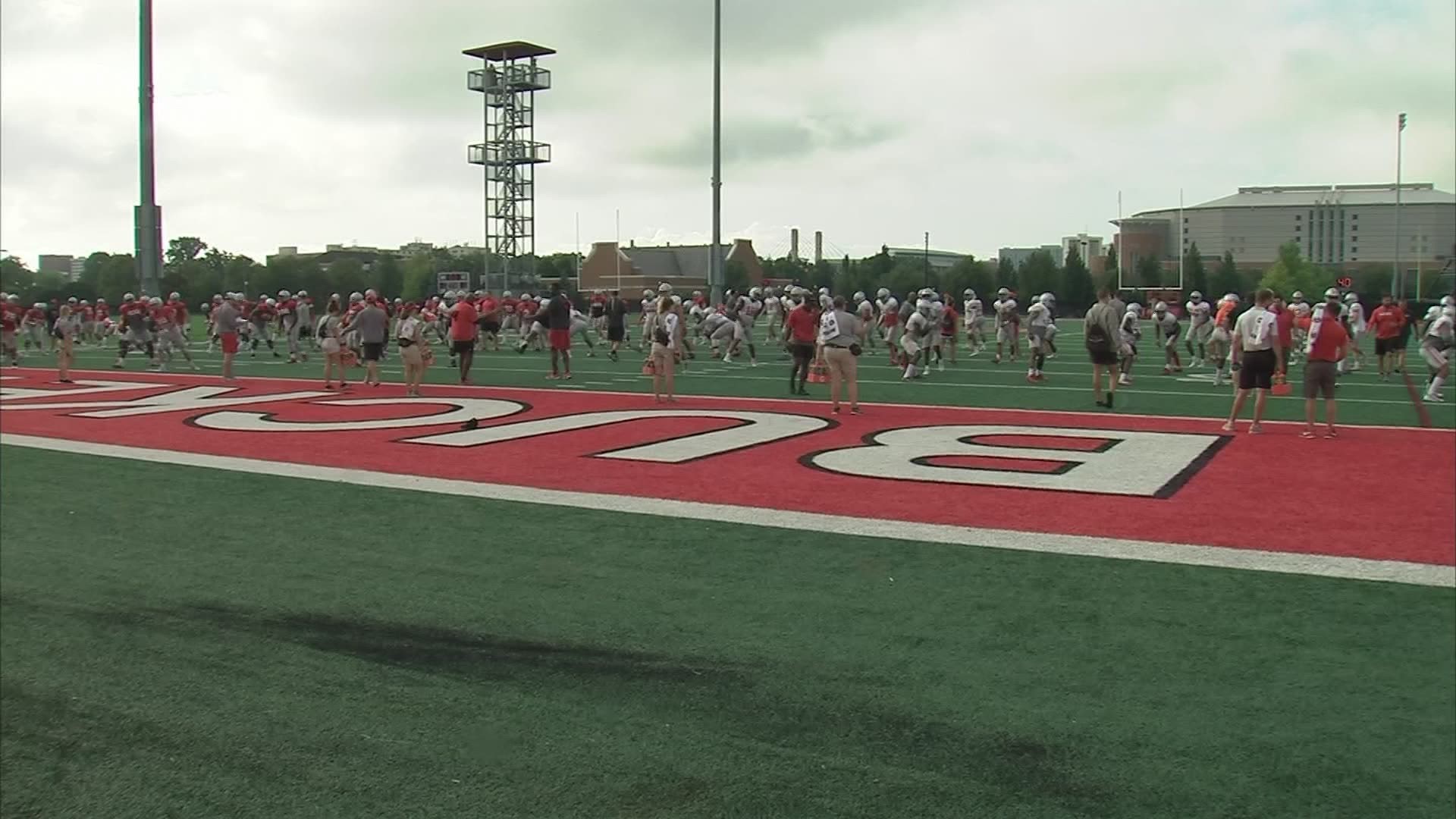 COLUMBUS, Ohio — A massage therapist is denying accusations made in an investigation that she targeted Ohio State football players in an attempt to engage in sexual acts with them.

The woman was not named in the report. 10TV was able to identify her as 41-year-old Robyn Suzanne Bassani through a social media search.

Bassani spoke with 10TV's Andrew Kinsey in a phone interview Thursday evening. She denied the allegations in the report and said she is not the predator that she is being portrayed as.

Bassani admitted sexual relationships were developed with players but said none of them were initiated by her.

The report states that 20 players received massages from her and five admitted to engaging in sexual activities.

"Under no circumstance did I ever approach any football players for a sexual relationship," Bassani said.

Bassani said she was in a consensual relationship with a former football player that lasted a year.

A complaint about the massage therapist was filed with the state medical board in March 2020. Ohio State says it was not brought to the university's attention until a year later.

The university requested Barnes & Thornburg, through the Ohio Attorney General, to conduct an independent investigation. The report and public records were released on Thursday.

The investigation found that her interactions with the football players did not rise to the level of any crimes.

Barnes & Thornburg said the therapist had no connection to Ohio State, its athletic department to anyone connected to the university. In their words, they said she “seemed to be acting for her own sexual gratification and that she acted alone.”

Bassani said that is not the case.

"I've read several reports that I targeted them for sexual gratification, that I approached them, manipulated them," Bassani said.

"They're college kids. First of all, I wouldn't need to manipulate them with a massage. Secondly, I work with professional athletes in the Cleveland area – this is what I do, not sexual misconduct. Not sexual innuendos. It's blown wildly out of proportion, to keep the university's hands clean," Bassani said.

10TV reached out to Ohio State for comment. The university said the report speaks for itself.

According to the state, Bassani's license was revoked on March 30.

Bassani is not facing any charges.