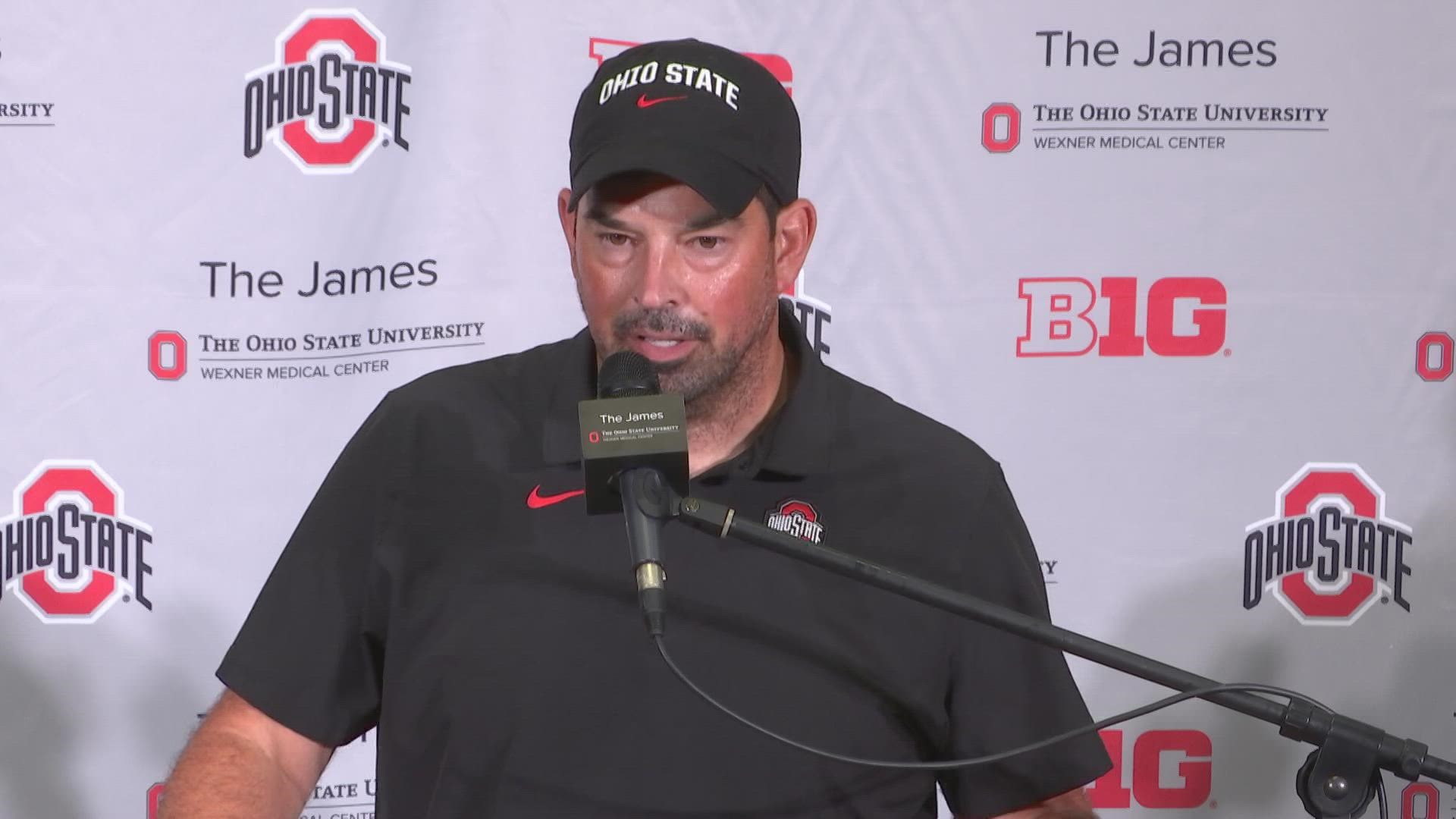 Henderson ran for scores of 5, 48 and 52 yards, which managed to paper over some of the same weaknesses Ohio State showed in the 32-25 upset by Oregon last week that sent the Buckeyes tumbling in the AP Top 25 poll.

As a team, the Buckeyes (2-1) were not sharp. But Tulsa (0-3) couldn’t match them blow for blow, and Henderson, who ran for 69 yards in the first two games combined, broke through with some huge plays at critical times. A late interception that Cameron Martinez returned for a 61-yard touchdown made the score look worse than it was for the persistent Golden Hurricane.

The Ohio State defense, while holding Tulsa to 73 yards on the ground, allowed Tulsa quarterback Davis Brin to throw for a career-high 428 yards and the team’s first two touchdown passes this season. Josh Johnson caught eight passes for a career-high 149 yards.

Henderson’s first big run came in the third quarter with Ohio State hanging on to a 13-6 lead. He bounced right and blew past defensive backs for the 48-yard touchdown. Then at the end of the quarter, after Tulsa had pulled to 20-13, he broke through a hole in the middle and headed for the left sideline and the 52-yard score.

Ohio State’s freshman quarterback, C.J. Stroud missed some receivers, tossed an interception and lost a fumble. He threw for 185 yards and a late touchdown to Garrett Wilson that gave the Buckeyes some breathing room.

Tulsa: The Golden Hurricane took advantage of a still-disheveled Ohio State squad and went at the Buckeyes hard. They put up more that 500 yards of offense and stopped nearly everybody except Henderson.

Ohio State: Defensive issues are still prominent. Stroud has moments where he still looks uncomfortable. Coach Ryan Day may have found a bell cow after splitting carries among Henderson and a couple others in the first two games.

Ohio State G Thayer Munford left the game with an injury to his right leg late in the first quarter. S Josh Proctor, the most experienced player on the defense, was out after suffering a leg injury suffered in last week’s game. DE Zach Harrison also was out with an unspecified ailment.

Struggling with a 25 1/2-point underdog at home likely won’t get the Buckeyes many extra votes, especially with last week’s loss still fresh.