C.J. Stroud named Big Ten Freshman of the Week after win over Minnesota

Stroud threw for 294 yards on 13 completions and four touchdowns in the Buckeyes' 45-31 win over Minnesota Thursday night. 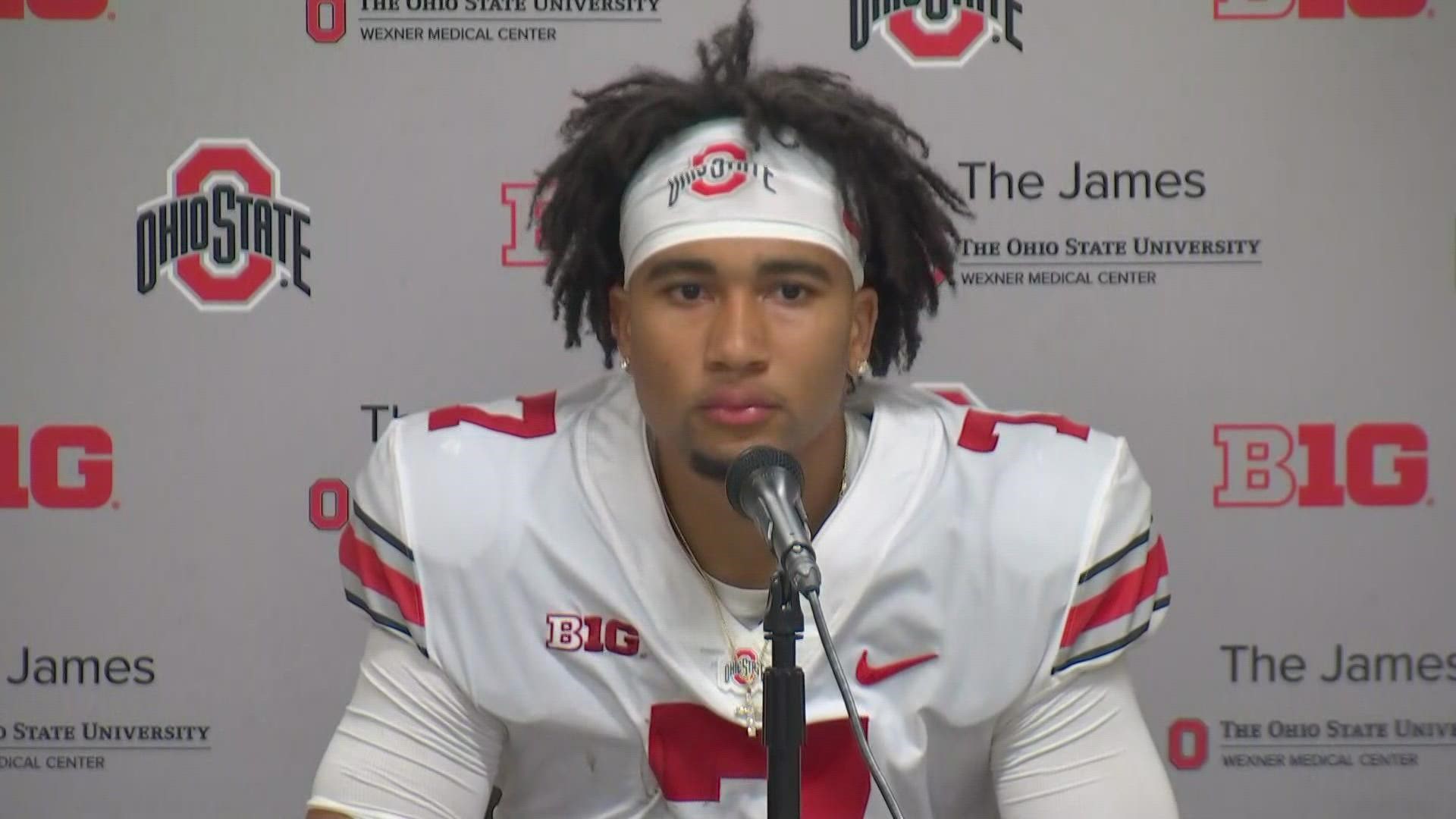 COLUMBUS, Ohio — After leading his team to a victory in his first start, Ohio State quarterback C.J. Stroud was named the Big Ten Conference Freshman of the Week.

Stroud threw for 294 yards on 13 completions and four touchdowns in the Buckeyes' 45-31 win over Minnesota Thursday night.

His 294 yards are the second-most by a Buckeye quarterback making the first start of their career since 2000.

All four of his touchdown passes came in the second half after Ohio State was down 14-10 at the half.

Three of those touchdowns were over 50 yards, connecting on strikes of 56, 61 and 70 yards.

The honor is the first of Stroud's career. The last Buckeye to win the freshman of the week award was Tate Martell in 2018.