The redshirt freshman completed 17 of 23 passes for 330 yards and a career-high five touchdowns against Rutgers. 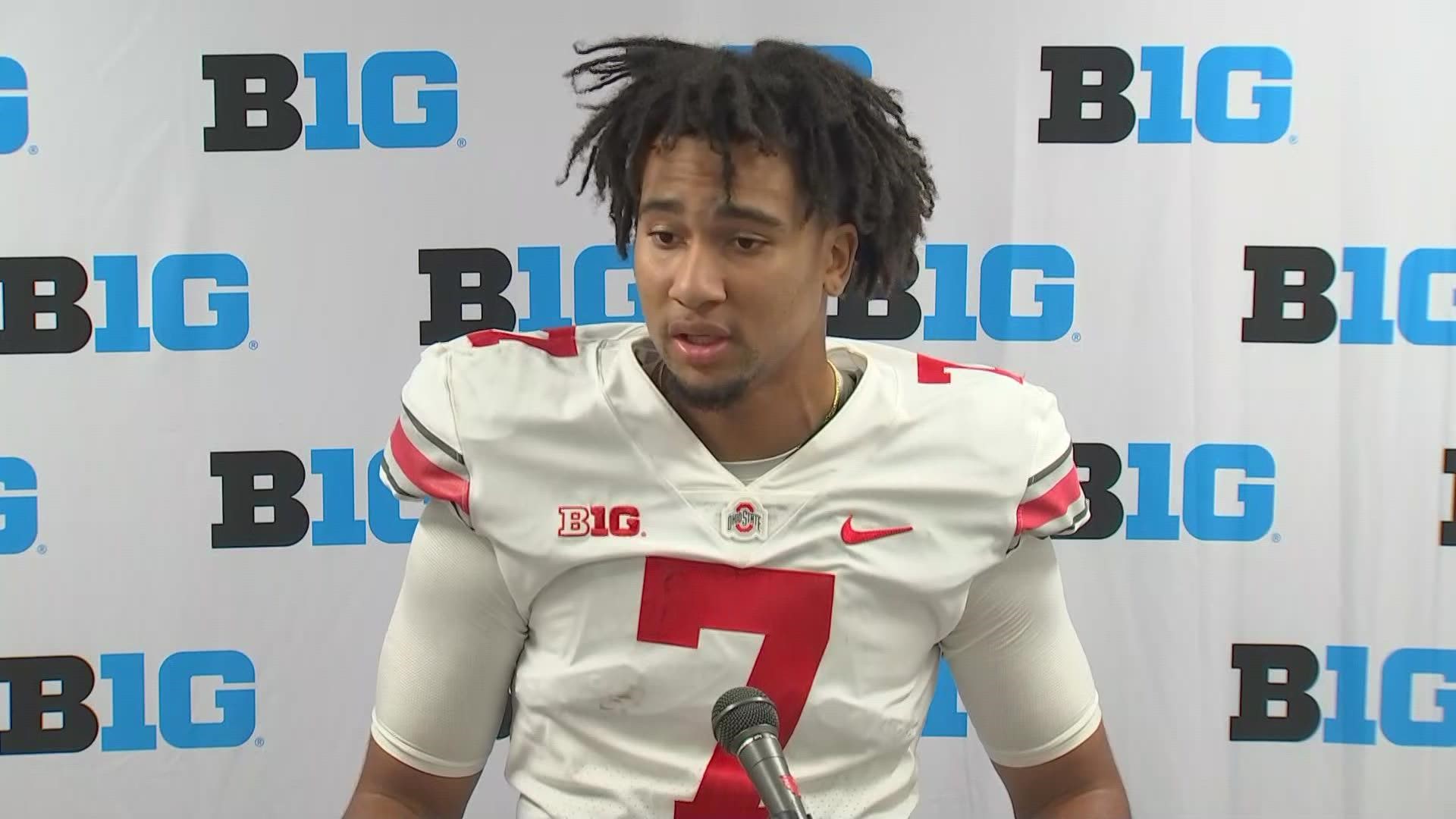 COLUMBUS, Ohio — Ohio State quarterback C.J. Stroud has been named the Big Ten Freshman of the Week for the third time this season.

Stroud, who missed the game against Akron due to a shoulder injury, returned for the Buckeyes game against Rutgers.

The redshirt freshman completed 17 of 23 passes for 330 yards and a career-high five touchdowns.

Stroud was previously the freshman of the week following games against Minnesota and Oregon.

Running back TreVeyon Henderson and quarterback Kyle McCord picked up the honors for their performances against Tulsa and Akron respectively.

The No. 7 Buckeyes will host Maryland this Saturday with kickoff scheduled for noon.

Freshman of the Week