Ohio State hadn’t let a regular-season game slip away since 2018, and hadn’t lost one at home since 2017. 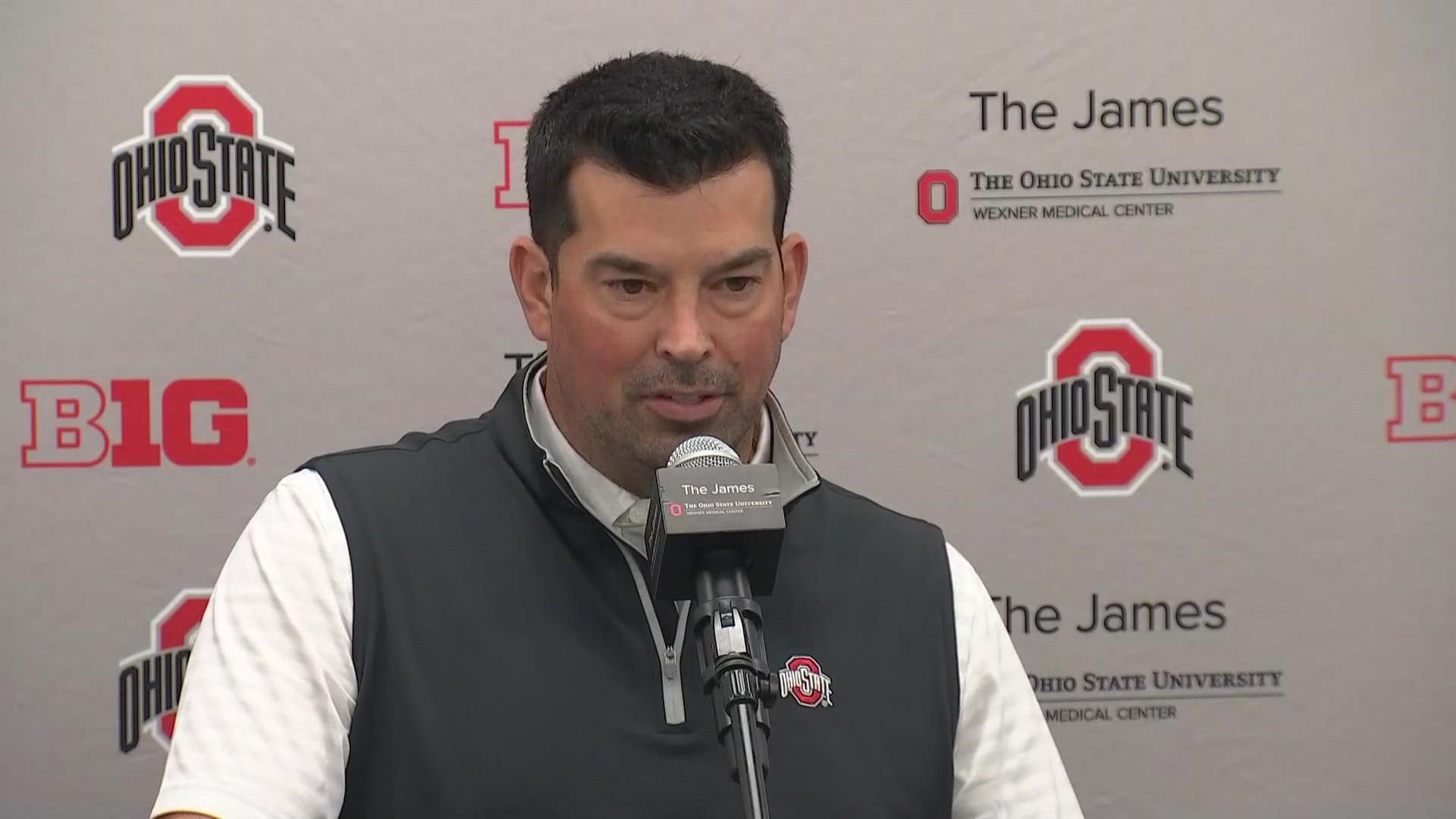 COLUMBUS, Ohio — Perennial powerhouse Ohio State is not accustomed to losing games during the regular season. The Buckeyes especially aren’t used to losing in September to two-touchdown underdogs, which happened last week.

“I know no one is used to losing or anything like that but, you know, we’ve just got to move on, make corrections,” coach Ryan Day said Tuesday. “The sun came up, and we’re going to go from there. It’s nothing that different guys haven’t felt before. They’ve lost games before.”

But not too often around here.

Before major defensive lapses led to Saturday’s strange 35-28 loss to Oregon, Ohio State hadn’t let a regular-season game slip away since 2018, and hadn’t lost one at home since 2017.

Day says much can be learned from the setback about players, as well as about the team’s supporters, some of whom are quick to get surly when the Buckeyes fail.

As Day noted after the game, one loss isn’t fatal to Ohio State’s bid to make the College Football Playoff — anything less would be considered a failure in Columbus — but it makes it a little harder and more complicated.

Take 2018, when the No. 2 Buckeyes lost to unranked Purdue in October. They won the rest and the Big Ten title but were outside looking in when playoff selections were announced.

In 2017, Baker Mayfield brazenly tried to plant an Oklahoma flag in the Ohio Stadium artificial turf after the Sooners prevailed 31-16 in Week 2. A head-scratching loss to Iowa followed two months later. The Buckeyes won the Big Ten title, but had to settle for the Cotton Bowl and a No. 5 ranking.

Any loss these days by the storied program causes turmoil inside the Woody Hayes Athletic Center. Issues with the Buckeyes defense must be cleaned up fast. The offense has to get more balanced. Schemes will be dissected, personnel evaluated and assistant coaches upbraided.

Fortunately for the Buckeyes, the next two weeks bring Tulsa and Akron to Columbus for tune-up games of the kind that typically are scheduled to open the season. Blowout wins — Tulsa is a 27-point underdog Saturday — aren’t going to impress poll voters but more game reps should help work out some of the problems.

Ohio State resumes Big Ten play on the road against Rutgers on Oct. 2. Big ones ahead include No. 10 Penn State at home on Oct. 30 and No. 25 Michigan at Ann Arbor on Nov. 27. Indiana and Michigan State could end up being trouble, too.

Fifth-year defensive tackle Haskell Garrett insisted that all the Buckeyes’ goals are still attainable, noting that Ohio State’s 2014 team lost to Virginia Tech at home in Week 2 but rebounded to run the table and win the national championship.

C.J. Stroud, the 19-year-old quarterback whose first collegiate start was the Sept. 2 win over Minnesota, said he and his teammates are keeping level heads.