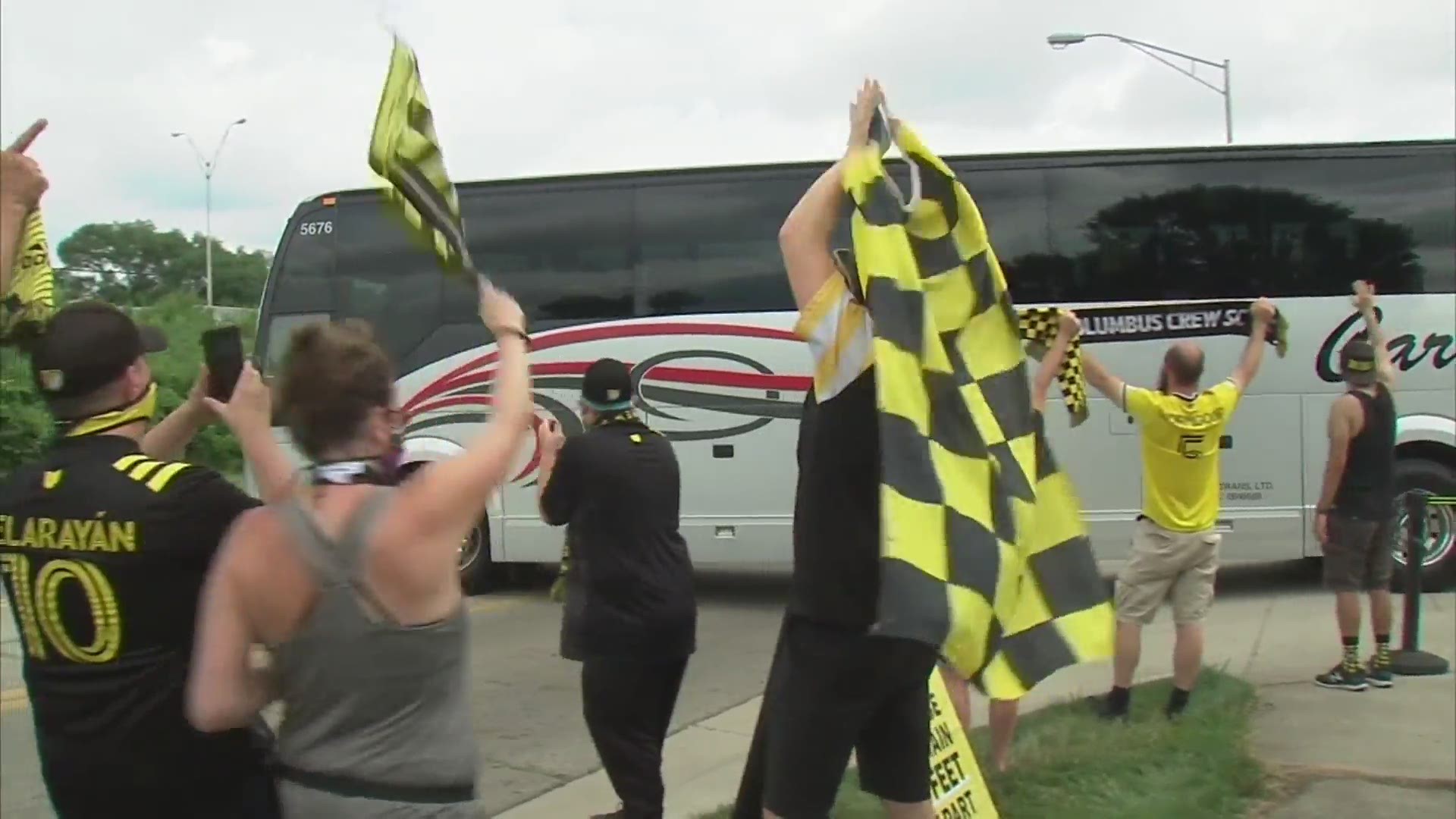 COLUMBUS, Ohio — Columbus Crew SC is heading to Orlando for the return of the MLS and fans greeted the team as they left MAPFRE Stadium to head to the airport.

A group of fans showed up to show their support for the team outside the stadium.

Coach Caleb Porter and captain Jonathan Mensa made sure to acknowledge the fans as the bus left the stadium on its way to the airport.

The "MLS is Back Tournament" kicks off at Walt Disney World in Orlando on July 11 for the Crew.

They are facing off against in-state Rival FC Cincinnati for the revival of the "Hell is Real" game.

Goalkeeper Eloy Room says "It's nice to have the first match against Cincinnati because of the rivalry, you know. And the last game we beat them really hard so I think it's nice to see that."