It was the first time in just more than a year any fans were able to be inside the Nationwide Arena for a game. 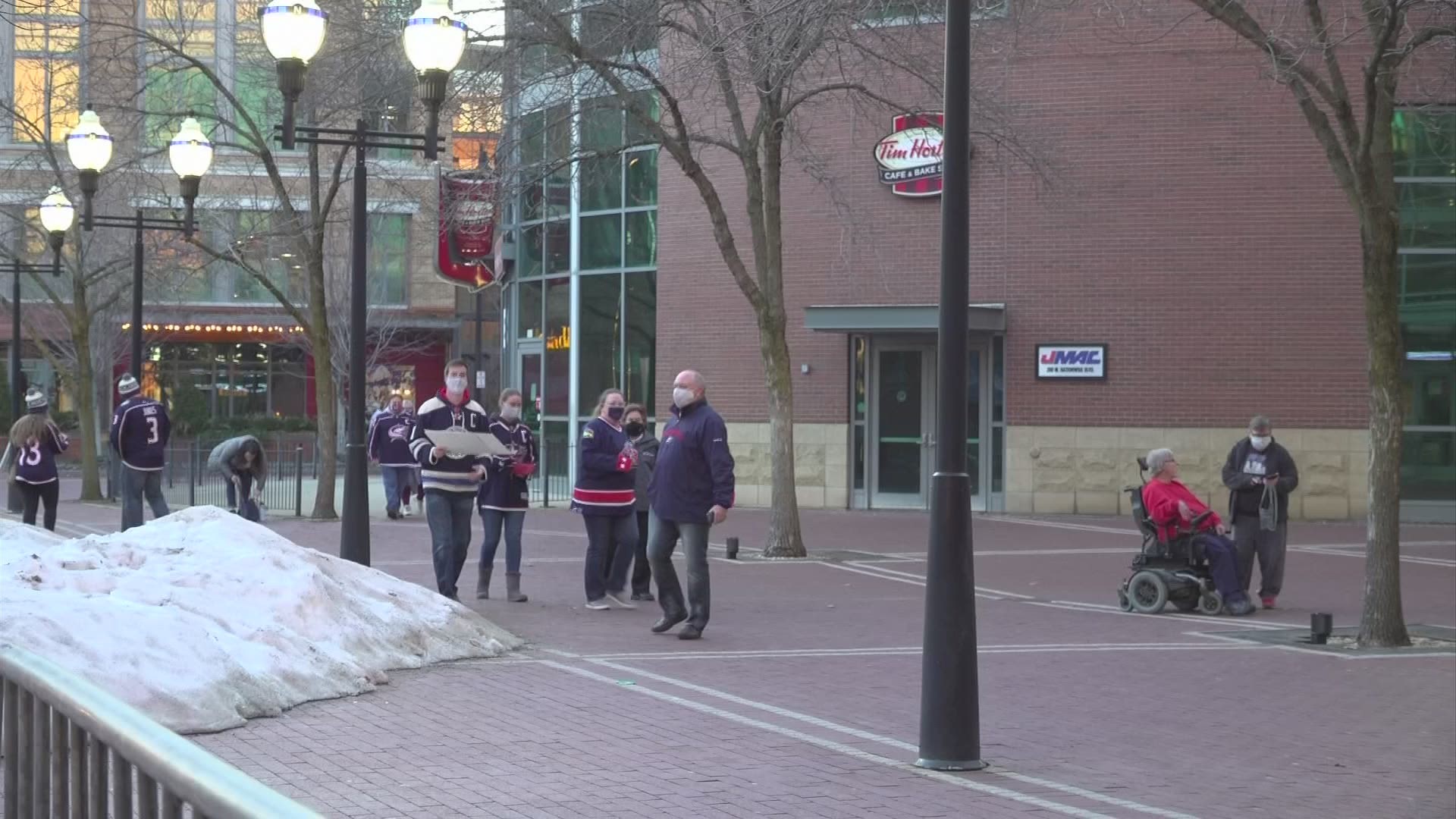 It was the first time in just more than a year fans were able to be inside the Nationwide Arena for a game.

Pam White, a season ticket holder, said she drove all the way from West Virginia to catch Tuesday night's game.

“I’ve been praying we were able to get back. Three hundred sixty-six days is a long time,” White said.

The lines weren’t as long as they usual were. Only 1,953 people, or about 10 percent of the arena’s capacity, were able to attend at once.

Before fans took their seats, they had to complete an online check-in questionnaire.

It may seem like a lot, but for Brian Peters and his father David, it just felt good to see their team on the ice in person.

“I get to tell everyone at work tomorrow, 'hey, I was one of the first guys back in the arena',” Peters said.

After the security check-in, people entered the arena and sat in seating pods to keep 6 feet between them.

“It’s interesting they actually have the seats zip-tied so you can’t open the seats that aren’t assigned to people, but we’re glad to be back,” Peters said.

This experience was different from any other previous game.

But Peters said it’s the fact that he was able to watch the game in person that let's him know we’re on the right track.

“We’ve definitely been doing a lot of cheering through the TV, but being able to come and sport the jersey and come downtown, it’s awesome,” Peters said.