A deadly tank collapse at a glass making plant in Lancaster is under investigation after one man died and two others escaped unharmed. 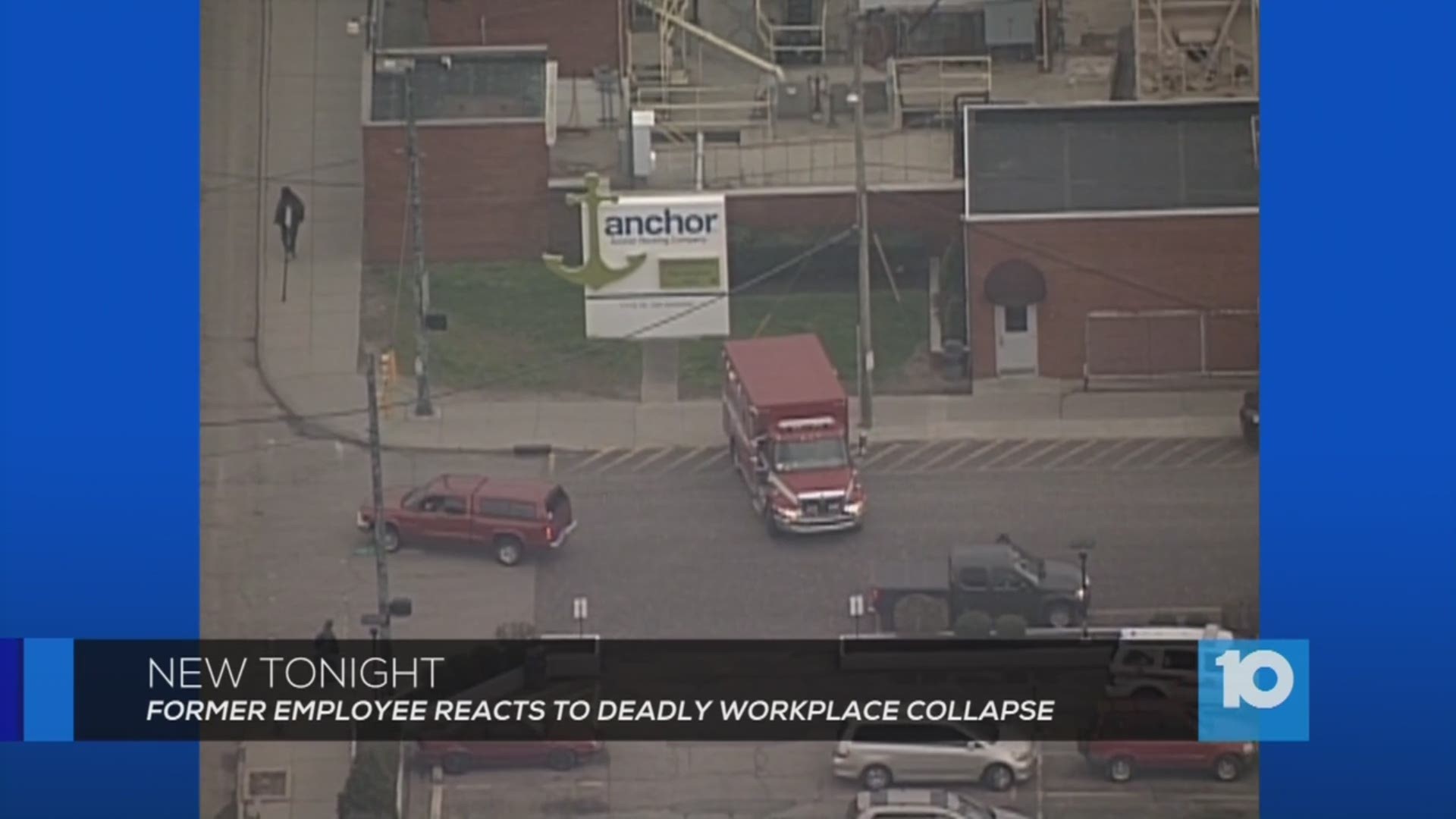 A deadly tank collapse at a glass making plant in Lancaster is under investigation after one man died and two others escaped unharmed.

The Lancaster Fire Department made the run to the glass making manufacturer around 4:30 p.m. Monday afternoon for a call of a tank collapse with people inside.

Lieutenant K.J. Watts said contractors were repairing the plant’s Tank No. 1 that had been inactive “for some time.”  While the workers were inside, the tank’s roof collapsed.

Two men were able to escape, while 52-year-old Kevin Ray Brown was killed in the collapse.

A spokeswoman for the company would only say the contracted workers had been inside the tank for scheduled repairs.

Investigators could not confirm to 10TV Monday night that OSHA investigators were at the facility.

At Anchor Hocking, business continued as usual Monday night. Employees came in and went home from work, surprised the building was still open after the deadly collapse.

"This is the livelihood of Lancaster, Anchor Hocking,” Ed Moore said.

As Moore looked over at his old employer, he couldn’t help but think it could have been him.  “Well, I imagine myself back then when I was a kid, working there and that.”

Moore says he worked for Anchor Hocking 30 years ago making repairs to the tanks that melt the glass.

"They repair the bricks and everything the glazing and everything in there. It's a very hot and tedious job and if you don't know what you're doing.  Safety is involved there."

He describes the inside of a tank, like a furnace of bricks.  "So much heat and everything on that's going to have them crack, crumble, and wear and tear.”

Moore says it could be a dangerous job, especially if workers aren’t given proper training. While he doesn’t know if that’s the case, he hopes the men had the training needed.

Everyware Global has history with OSHA

10TV searched into Occupational Safety and Health Administration (OSHA) archives and found state inspectors hit Everyware Global, formerly known as Anchor Hocking, with tens of thousands in penalties over the last 16 years.  The most recent, from December 8 of last year, cites “hand protection” as the reason Everyware Global was fined $6,600 in a case that’s still open.

We found two OSHA violations at the company’s Pennsylvania facility in 2015.  One in June and another in August, related to guarding of machinery for employee safety, earned a $7,000 fine and one for $3,000

In November 2013, a $3,200 fine for more issues related to equipment protection in Lancaster.  In January 2013, OSHA cited the company with nine violations, eight considered serious, initially carrying $74,600 in fines.