10TV's Angela An goes inside the walls of the Ohio Reformatory for Women to see how programs are working to get prisoners back on track to re-enter society. 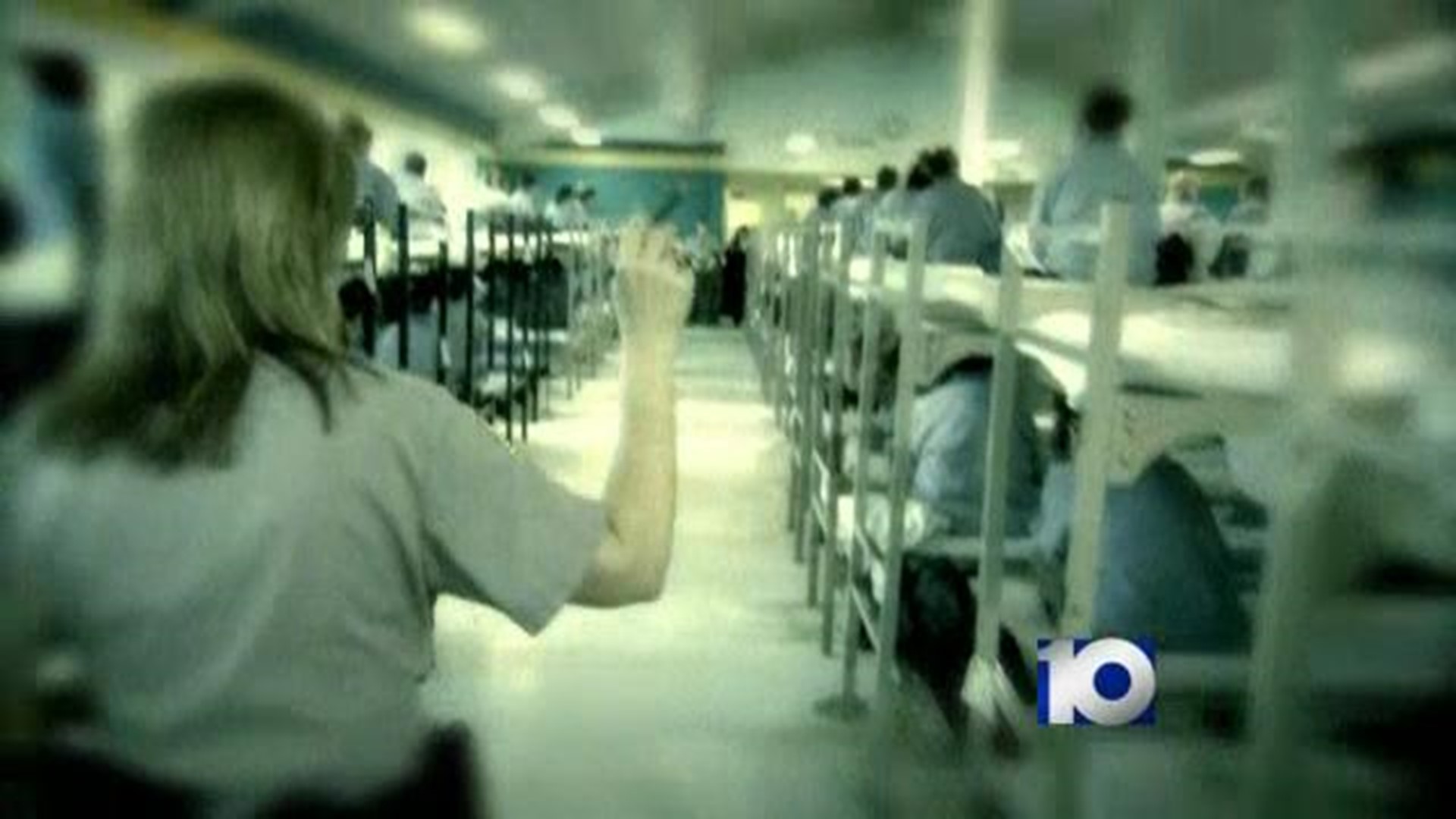 There are about 2,300 prisoners who are serving time at the Ohio Reformatory for Women.

The women are a statistic for some, but to others they are mothers, sisters and daughters, 10TV's Angela An reported.

Sharon Young knows the prison well.  She was sentenced to Death Row in 1983, when she was 26.

Young, who was drunk at a Cincinnati bar, was offered a ride home by the bar's owner.

"I ended up shooting him and he died," Young said.

Prosecutors said that the motive was robbery.

Young's attorney appealed her conviction by citing trial errors and won the case, but a second jury trail sentenced Young to life behind bars.  She considers it her second chance at life.

The prison's warden, Ginine Trim, said that the Women's Reformatory is the place for many women to get their second chance if they want it.

"I tell women all the time, we make no excuses," Trim said.  "You did what you did.  You're here for a reason.  Now is the time you need to prepare to turn your life around and make the transition from our prison back to the community and your families."

There are 61 rules at the prison, An reported.  Some of the rules include a mandated three meals a day, except weekends, where the inmates receive only water to drink and have 20 minutes to eat.  Groups are brought in and out, like clockwork.

The prison's top mission is rehabilitation.

"We want to provide meaningful and appropriate source of programs that keep people from returning to our facility," Trim said.

The Tapestry rehabilitation program at the prison has a waiting list because of its success.  Once women leave the prison, an alumni support group helps the women stay drug-free.

"One of the keys to being successful is you don't feel like you're out there standing by yourself or trying to do things alone," Trim said.

Many women pursue an education.  Nearly 25 percent of them take classes and walk away with a GED.

Some prisoners work and learn skills that will give them a second chance in the job market.  The flag shop produces thousands of Ohio state flags each year, including the Block "O" flags that fly in Ohio Stadium and at thousands of Ohio homes.

Some women learn to cut hair at the prison and have earned an Ohio Cosmetology Board license.

"They have to come to the table ready to make a change, but we also have to provide resources so that they can make that change," Trim said.

According to Trim, a new partnership with local businesses will provide mentors and link up newly-skilled inmates with new jobs once they are released into society.

"Our enterprise development portion of central office is setting up partnerships as we speak with potential employers who have agreed that they are willing to hire ex-offenders," Trim said.

The Ohio Reformatory for Women also has a nursery where women have a second chance at motherhood.  Inmate Kimberly Grill spoke about her first day of incarceration while she was six months pregnant.

With an 18-month sentence for theft and forgery and a baby on the way, Grill said that she realized that being inside a prison was her one chance to turn her life around and refocus her priorities.  She has raised her toddler son, Joey, from behind prison walls since giving birth.

"Now I'm more worried about real world stuff, like I need to pay my bills and pay my car insurance," Grill said.

She said that she never lost sight that she was a prisoner, without baths, dinners out or the freedom to have things like having a 32-ounce Mountain Dew from a fountain in a Styrofoam cup with ice.

"Little things like that is stuff you miss when you're in here," Grill said.

Officers at the prison said that there are no two days alike at the reformatory and they deal with daily issues ranging from fights to contraband.

"You're not going to talk to staff disrespectful and spit on them or try to assault us," Richardson said.

On most days, Richardson said she and the other guards focus on helping the women get a leg up on society.

Programs like the dog training, where inmates train dogs for a variety of agencies, is another tool for rehabilitation.

Trim said that all the efforts at the prisoners combined give even the most hardened of criminals a sense of purpose.

The dogs inspired Young to take that first step toward changing her life.  She said she has taken educational classes, along with anger management, domestic violence and the dog training program.  She is now a licensed minister.

Grill served her time and was released from the prison, An reported.  Her next steps are day-to-day, including what she will tell her son, Joey, about how he spent the first 14 months of his life.

"I am going to tell him, but I want it to be more of an example to set for him so he doesn't make the same mistakes that I did," Grill said.

This year, the Ohio Women's Reformatory is able to place newly released convicted felons into jobs that partner with the state.  House Bill 86 allows the prison system to reintegrate first time, non-violent offenders.  The Ohio Reformatory for Women hopes to give up to 150 offenders a second chance once they are released.  Fourteen former inmates have already been hired.