Hampton Sheriff B.J. Roberts, the first African-American to be sworn in as President of the National Sheriff’s Association in 2010 passed away on Dec. 26, 2020. 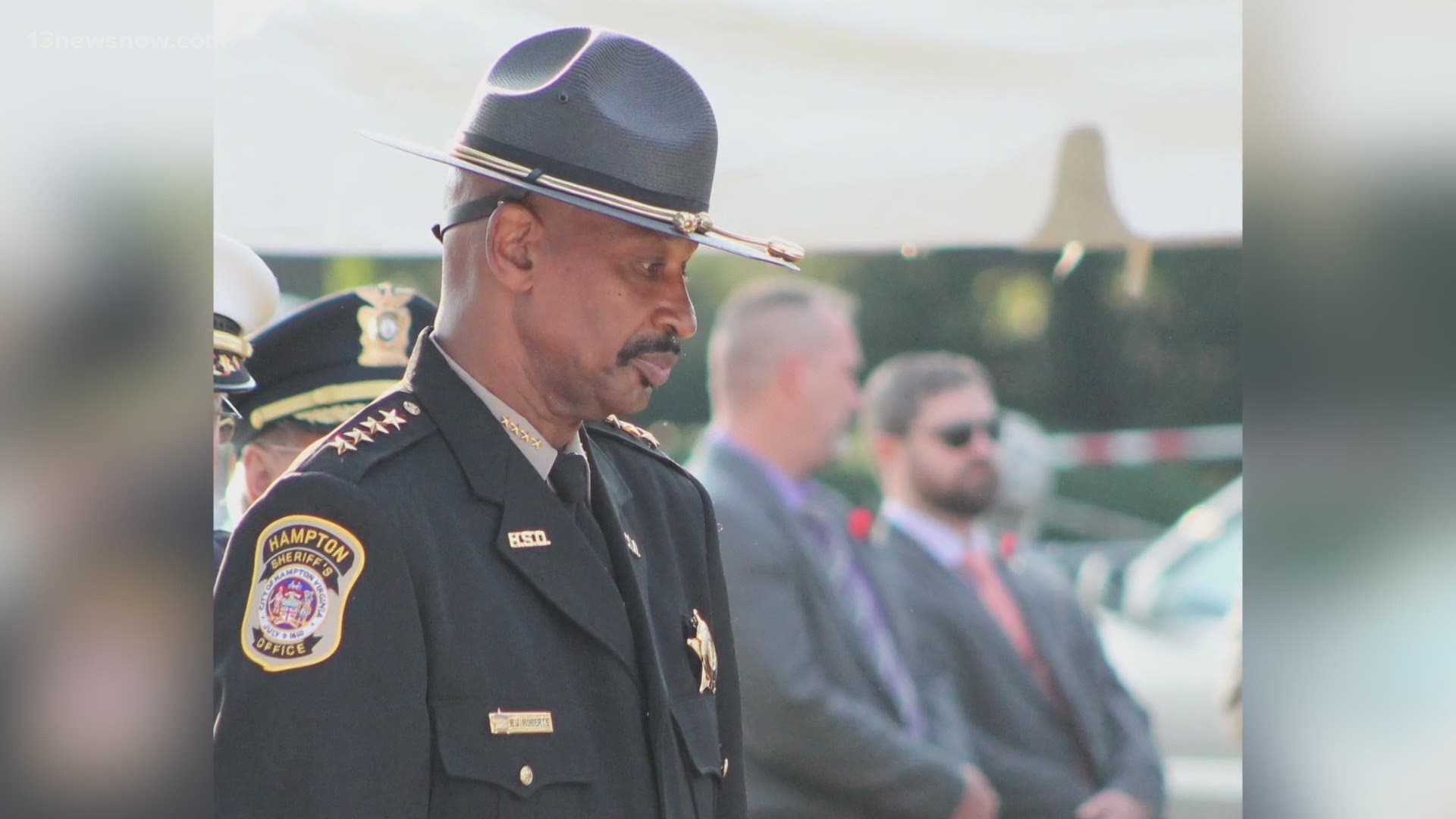 HAMPTON, Va. — Virginia's longest-serving sheriff and first African-American President of the National Sheriff’s Association in 2010 has passed away.

The Hampton Sheriff's Office said that Sheriff B.J. Roberts died the morning of Saturday, Dec. 26 peacefully at his home, after celebrating on Christmas Day with his family.

City of Hampton Councilmember Steven Brown grew up and worked with Roberts. He says Roberts served the community with dignity.

“He respected those that were in his jail. And that he took our penal system and brought us into the 21st century," said Brown.

Sheriff Ken Stolle of Virginia Beach said, “In his 28 years of service, Hampton Sheriff B.J. Roberts set the standard that elected officials should follow. He always put the safety of his community first and he made an indelible impact on Hampton Roads and, as former president of the National Sheriffs’ Association, on law enforcement nationwide. He will be greatly missed but never forgotten. Thank you, Sheriff Roberts.”

Congressman Bobby Scott issued this statement on the passing of Sheriff B.J. Roberts:

I was saddened to learn of the passing of Hampton Sheriff B.J. Roberts. Sheriff Roberts served our community for decades in law enforcement, first as a patrolman with the Newport News Police Department, then rising through the ranks of the Hampton University Campus Police to become the University’s Director of Police and Public Safety, and for the last 28 years as Hampton’s sheriff. His 1992 election as sheriff was trailblazing as he became the first African American constitutional officer elected in Hampton’s history. He continued to break barriers when he was elected in 2010 to serve as the first African American president of the National Sheriff’s Association. Sheriff Roberts was committed to making our criminal justice system fairer and improving police-community relations. His passing is a tremendous loss for Hampton and the entire Commonwealth. My thoughts and prayers are with his family, friends, the deputies and staff of the Hampton Sheriff’s Office, and all those positively impacted by his remarkable life.

Sheriff Roberts said earlier in December that he would be retiring from his Hampton position of 28 years on January 8, 2021. This was only a portion of his 50 years of dedication to law enforcement service on the Peninsula.

Roberts served as the 69th President of the National Sheriff's Association in 2010. He was the first and only African-American in the 70-year-old organization, which had over 18,9990 members.

The Hampton Sheriff’s Office demonstrated a Commitment to Excellence under the leadership of Roberts.

Gaylene Kanoyton, the President of the Hampton Branch of The National Association for the Advancement of Colored People shared her condolences and expressed how Roberts was also a life member in the Hampton NAACP.

Roberts was nominated as Sheriff of Hampton for his first time in 1992 and was re-elected to serve six terms.