10TV’s Glenn McEntyre travels to Washington with a group of central Ohio veterans as they are finally saluted for their service. 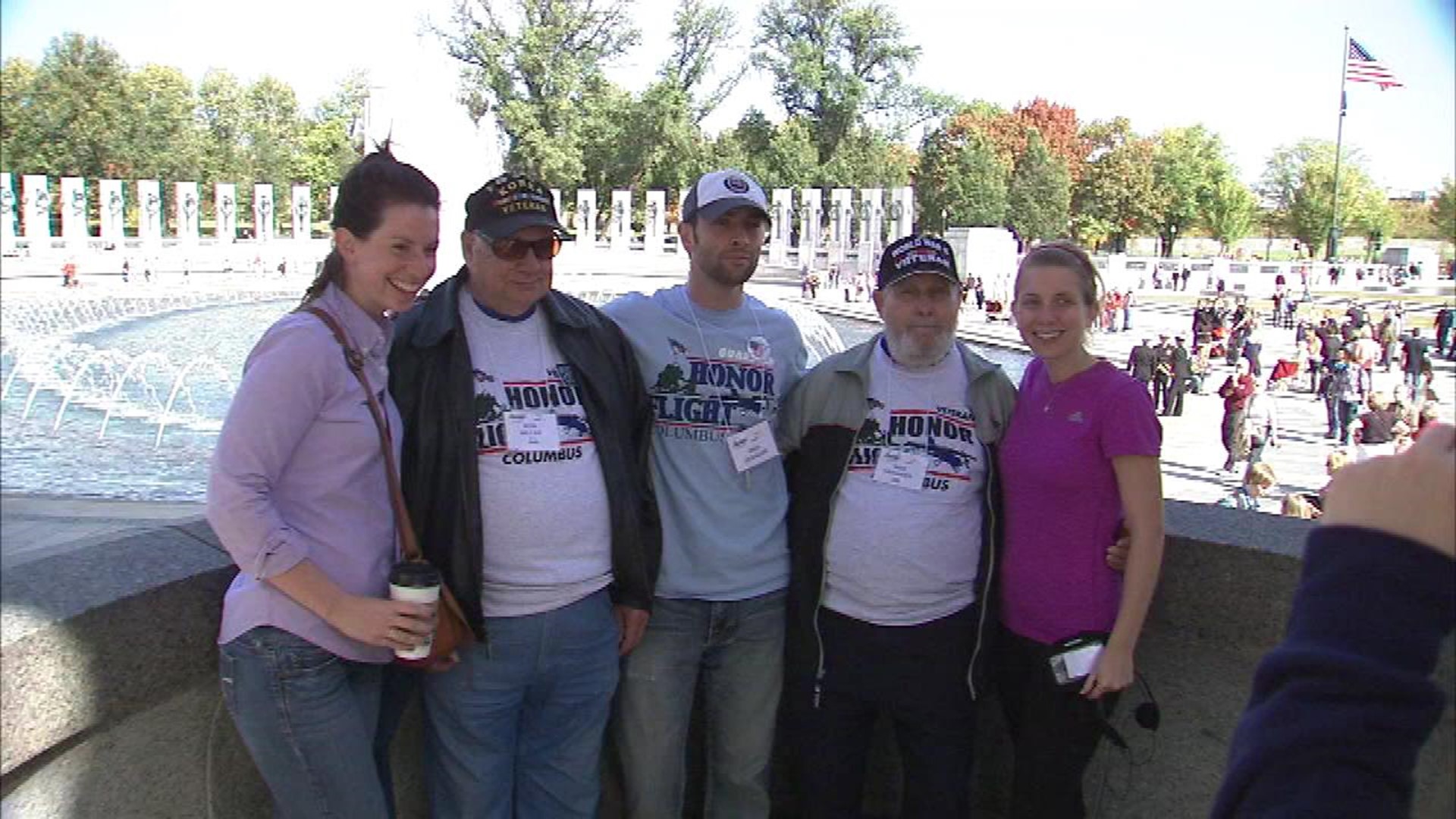 The Korean War wasn’t as large as World War II nor was it as controversial as Vietnam.

But for those who served in the war, which has become known as “The Forgotten war,” it was anything but forgettable.

A group of more than 80 veterans, from both World War II and the Korean War recently gathered at Port Columbus Oct. 20 before dawn. The group swapped stories the way men only of a certain age can.

On legs less steady than they once were, the men boarded a plane To Baltimore and then headed for Washington D.C. with no idea of what was waiting for them.

They were showered with applause and gratitude for their bravery for fighting on the side of freedom as they boarded their Honor Flight.

Honor flight began in 2005 as a way to bring World War II veterans to Washington to experience their memorial. As the veteran population has aged, the focus has shifted to include veterans from the Korean War.

“They never saw any kind of parade welcome home, and so this is their moment, this is their time, and it’s pretty special to see them get this,” said Bill Richards, co-director of Honor Flight Columbus.

Bob Miller was drafted into service after his younger brother was killed in action.

“He was one of them that got down to the Pusan Perimeter, and he was killed the day before his birthday,” Miller said. “He’d have been 18 the next day.”

Within months, he found himself fighting in the same war that claimed his brother.

“You’re nervous, you don’t know what you’re getting into when you’re coming over there. Go through that training, tell you how they’re going to make killers out of you,” Miller said.

Gene Lauber’s wedding plans were put on hold when he was deployed.

Lauber’s wife of 60 years was supposed to make the Honor Flight trip with him, but days before they were to leave, she passed away.

Decoding classified messages was Marion Baird’s job. She was one of just 60 women given a direct commission to the Navy in the late 1940s. She said that she remembers the night she was awakened to transmit a historic bulletin.

“It said, ‘Alert all ships at sea, all reserve squadrons, all men in the military to report immediately, that Truman had ordered a conflict in Korea,” Baird said.

Harold Ball’s war experience is seared in his psyche. At just 17 years old, he knew nothing of life until he saw it taken.

“Each morning, a truck would come along in the city and pick up dead bodies in the streets, and each morning, when we went up the river,  we’d count the bodies floating in the river,” Ball said.

Some memories, the veterans treasure, though.

On the day of the Honor Flight and visit to the Korean Memorial, both the heroism and the ghosts of history surfaced after seeing the names of those who did not return etched in granite.

“It’s been one of the most emotional days I can remember, and I will never forget it,” Marion Baird said.

Their long day was not over until they returned to Port Columbus to a hero’s welcome, six decades overdue.

Hundreds, including members of the Ohio State University Marching Band, were there to greet and thank them.

“We’ve got to remember what these ladies and these gentlemen did for us,” Bill Richards said. “We can’t ever forget that. We’re literally free because of them.”