We verified three things about what can and cannot happen around Judge Barrett's potential confirmation to the Supreme Court. 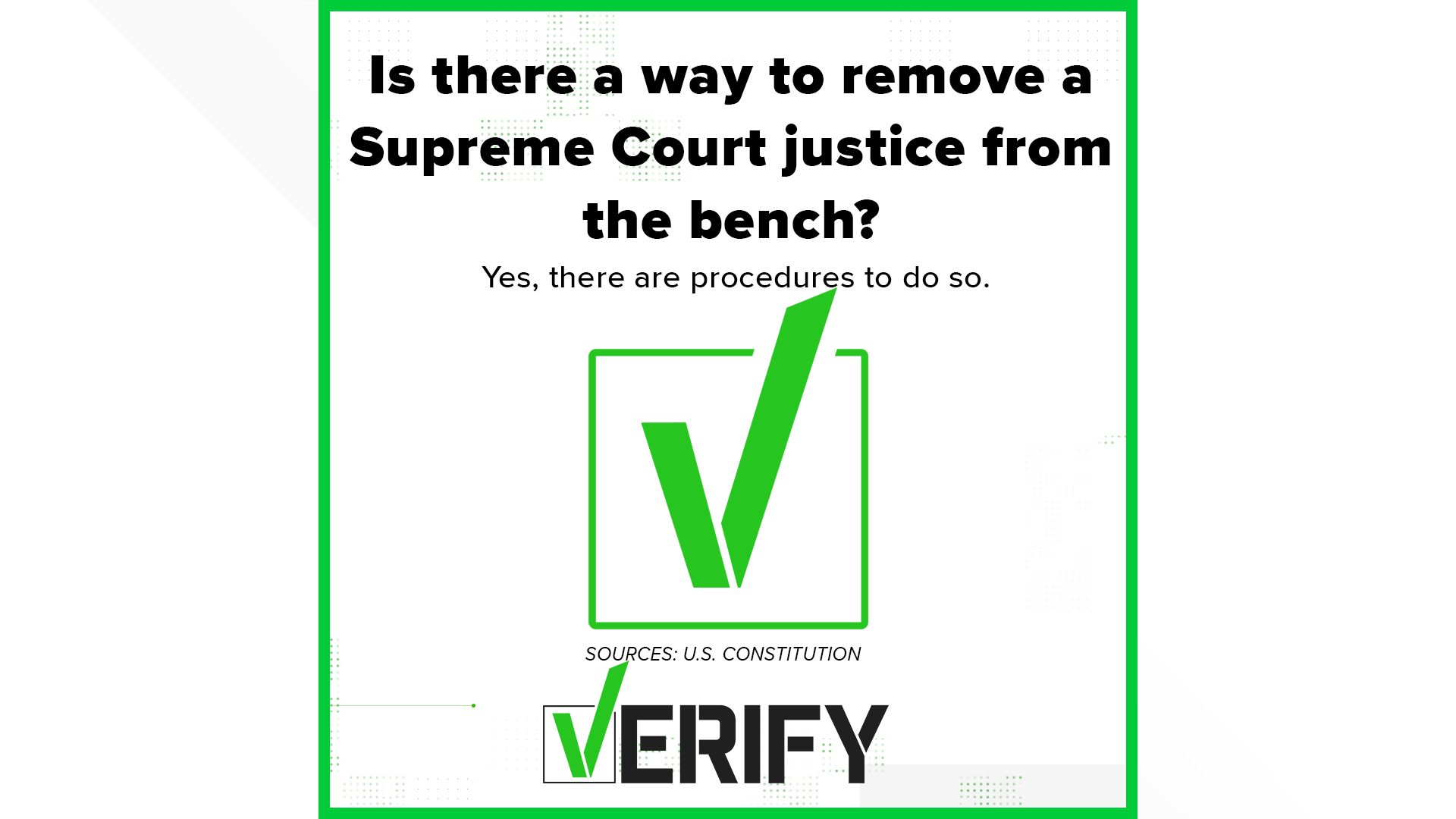 WASHINGTON — In the last few weeks, the Verify team has received quite a few viewer questions about the future of Judge Amy Coney Barrett on the Supreme Court.

We wanted to verify three quick questions about the confirmation process and the Supreme Court.

Do Democrats have any options to block Judge Barrett from the Supreme Court?

No, there are no procedural options left.

According to our research and experts, there are no options left for Democrats within the procedures and rules of the Senate.

“There's nothing they can do directly to stop a determined majority in the Senate of Republicans wanting to confirm a justice,” Fortier said.

Is there a way to remove a Supreme Court Justice from the bench?

Yes, there is a procedure to remove justice.

According to our expert and research, yes, there is a way to remove justice from the U.S. Supreme Court. It would be an impeachment. In the same way Congress could remove a President for misconduct, a U.S. Supreme Court Justice would have to be accused of misconduct to face the same procedure.

“House impeaches and the Senate votes whether to convict,” Dr. Graber said.  “The Senate shall have sole power to try all impeachments.”

RELATED: Verify: Yes, a Supreme Court justice can be removed from the bench

Does the Constitution allow for the number of U.S. Supreme Court Justices to be changed? Can you really have more than nine justices?

Once again our research and experts said it is possible and has been done.

"Congress can change the number of justices on the Court whenever it feels like it, and historically it has,” Levitin said.