VERIFY: How does the Supreme Court overturn a case like Roe v. Wade?

You've heard the phrase, "Overturn Roe v. Wade." But what does that actually mean? And how would it happen? The Verify team breaks it down. 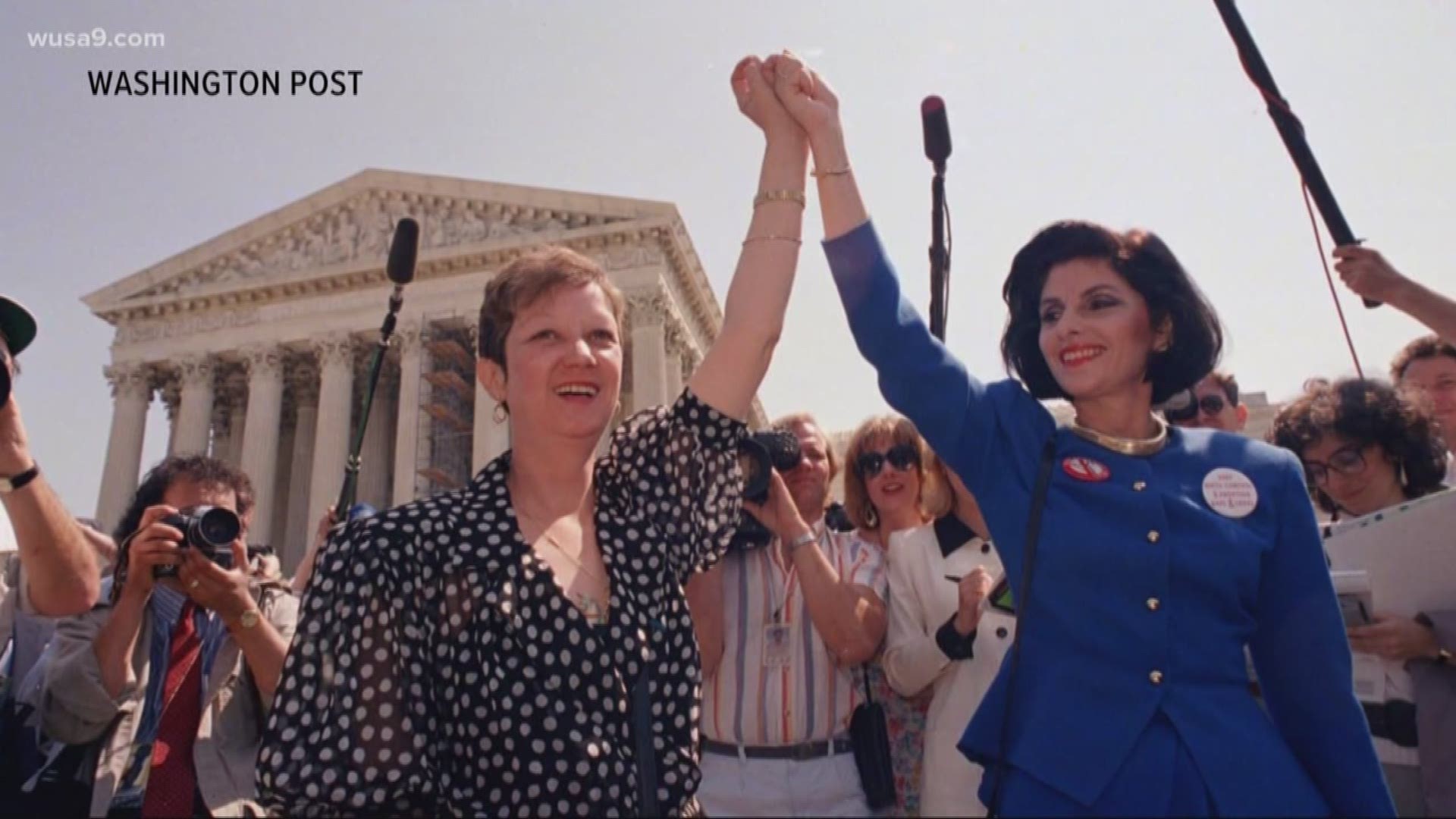 WASHINGTON — Since the confirmation of Associate Justice Amy Coney Barrett to the Supreme Court of the United States, social media has lit up with claims about overturning Roe v. Wade, the nation's landmark 1973 case securing the constitutional right to an abortion.

But how do we get to that point? What needs to happen for the Supreme Court to get involved in a case like that? And what does overturning Roe v. Wade actually mean? The Verify team has answers from the experts.

It all starts with a law.

A state may pass a law or enact a rule which either outright bans abortion or limits access to legal abortions in that state. In the past, this has included rules like requiring a spouse's consent, mandatory wait times, or banning abortions past a certain number of weeks.

Then, a challenge in the courts.

If someone feels this rule hinders their constitutional right to access or administer a legal abortion, a lawsuit is filed against the state.

"Whatever that restriction or that limitation maybe, that may be challenged either by a woman who is seeking to obtain an abortion and is limited in her ability to do so," Law Professor Lia Epperson says, "or by an abortion provider who is limited or somehow restricted in their ability to provide services to women.”

When the case is a question of federal constitutionality, it goes in front of one of the 94 District Courts in the U.S. In this court, the case proceeds as it would in a normal trial court. The defendant and plaintiff present their sides, witnesses testify, and either a single judge or a jury decides who is right based on prior laws and precedents.

Whichever party loses in the District Court can fight the decision in one of the 13 U.S. Courts of Appeals. The appellate courts do not retry cases or hear new evidence, they simply review the decision from the lower court and decide if the law was applied correctly.

Whichever party loses at that level can appeal their case again, this time to the Supreme Court of the United States.

Most cases don't get all the way to the Supreme Court, so the Courts of Appeals make thousands of final decisions every year.

Facing the highest court in the land.

According to USCourts.gov, the Supreme Court is asked to review more than 7,000 cases a year. They only agree to hear about 100 to 150 of those cases.

In order to petition to the Supreme Court, you need to submit a number of briefs and writings to the court. The first of which is a Writ of Certiorari, a request to order a lower court to send up the case for review. After reviewing all the submissions, the justices vote.

"It takes only four of the nine justices to vote to hear a case," Attorney Robert Peck told us. He's fought several cases in front of the Supreme Court. "So you filed your writ of certiorari, your opposition filed a brief in opposition, you get a reply brief, and then they meet in conference to decide if four justices agree to hear the case.”

Our experts told us the court tends to make the decision to hear a case based on two questions:

If the court agrees to hear the case, both parties fight it out one last time in their oral arguments. Here they each make their case for why the lower court was right or wrong, and the justices have a chance to ask questions. These days, oral arguments are being held over the phone.

Then the justices make a decision. The majority write an opinion, and the minority write a dissent.

So, what does it mean to overturn Roe v. Wade?

If an abortion case makes it all the way to the Supreme Court, our experts say there are a few different ways the 1973 case could effectively be "overturned." The first is the most obvious — say they were wrong.

"[The court could] effectively say, yes, it's true that for over four decades, we have recognized that the Constitution prohibits the government from forcing people to carry unwanted pregnancies to term. But we were wrong," ACLU Attorney Julia Kaye explains, "and in fact, states are free to ban abortion outright."

The second way is a bit more roundabout. The court could avoid the explicit language above, but instead "allow states to regulate abortion out of existence," in Kaye's words. She says that could include restrictions on providers that cause offices to close, or imposing barriers to access that are impossible to beat.

One example Kaye pointed out is the requirement of a "written transfer agreement," which requires abortion providers to have an official, established relationship with a nearby hospital. She says this is impossible for many clinics either because the nearby local hospitals are Catholic-affiliated or because the hospitals want to avoid any negative stigma and political backlash.

Peck told us there's a third way. The court could re-evaluate their definition of "viability."

Roe v. Wade protects a woman's right to an abortion prior to "viability," or a fetus's ability to live outside its mother's womb. If their definition is altered, this can open the door for restrictions on abortion based on how far along a pregnancy is.

Overturning a major Supreme Court case is not an easy feat, though it is possible. And with the addition of another Republican-appointed justice, more states may try their luck at chipping away at abortion rights.