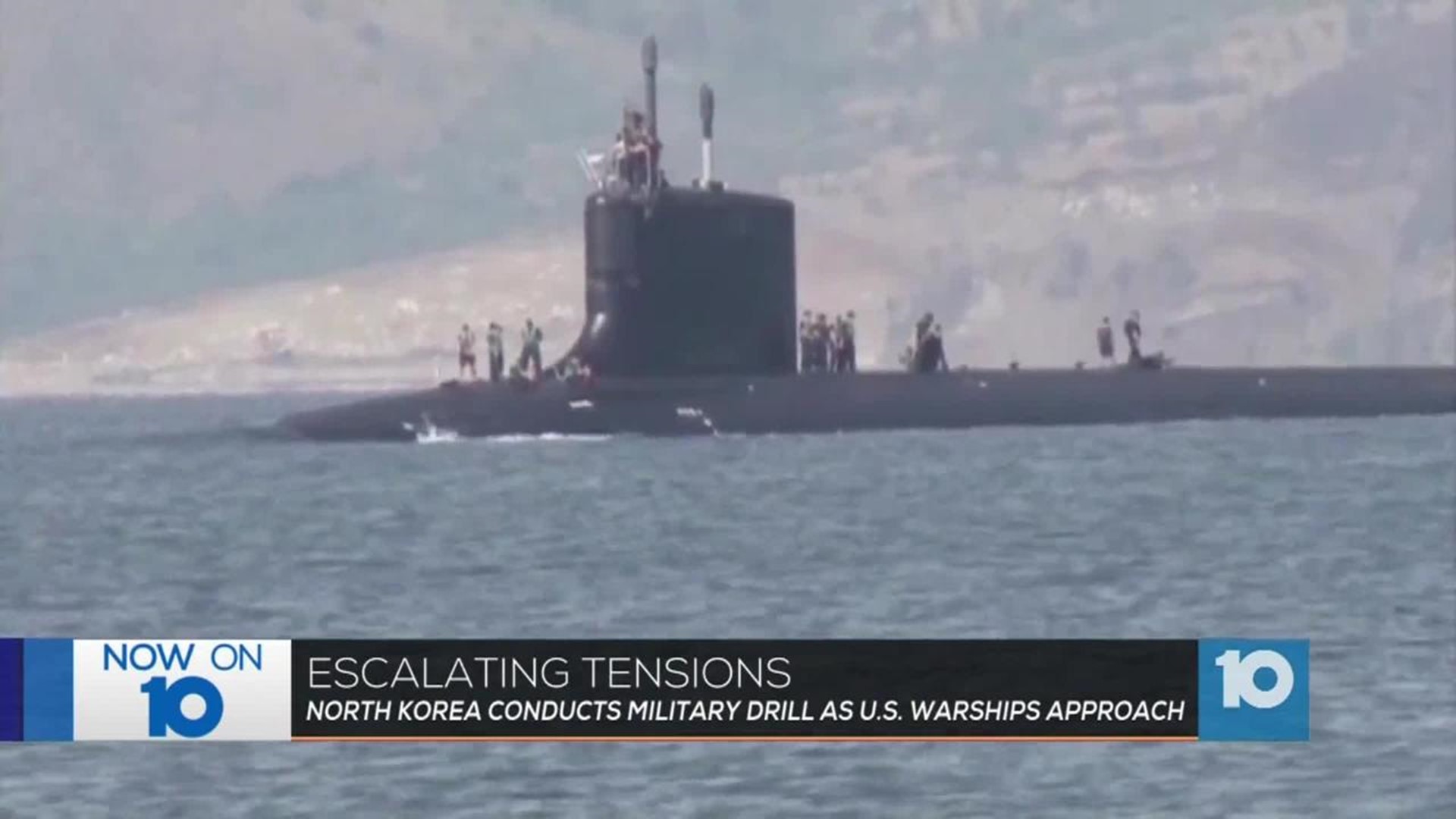 The test was expected to take place at Vanderberg Air Force Base in California.

The testing comes as the U.S. prepares for North Korea to hold its sixth nuclear test.

Meanwhile, all 100 members of the U-S senate will visit the White House Wednesday for a briefing on the escalating tensions in North Korea.

The focus of the meeting is to discuss what the administration will do next about North Korea.

North Korea put on a new show of military force Tuesday by carrying out a massive artillery fire drill to mark the 85th anniversary of the North Korean army.

The U.S. showed its visibility when the USS Michigan guided-missile submarine made a port call in South Korea. The USS Carl Vinson carrier is also approaching the area.

State Department spokesman Mark Toner said, “What's very clear is that they're pursuing a nuclear ballistic capability and continuing to carry out tests to give them that capability of reaching, not just other countries in the region, but possibly the United States. And, that is to put it mildly, a game changer."

After meeting with fellow United Nations security council members, President Donald Trump discussed further economic sanctions rather than more dramatic actions like military strikes. "The Council must be prepared to impose additional and stronger sanctions on North Korean nuclear and ballistic missile programs. This is a real threat to the world, whether we want to talk about it or not," President Trump said.

South Korea is also preparing for more nuclear tests. It installed a portion of a U.S.-built anti-missile system.

It's called the "Terminal High Altitude Area Defense" or THAAD.

South Korea’s goal is to have the system ready by the end of the year.

However, China considers THAAD a threat to its own security. Some South Koreans are also protesting the move.

The Pentagon calls THAAD a critical measure to defend South Korea and its allies.

The Washington Post reports the U.S. considered that test a failure, but the UN passed a measure blocking North Korea from getting equipment to expand its nuclear program or military.

The UN imposed tighter sanctions following a second nuclear test in May 2009.

The fourth nuclear test was conducted in January 2016. Months later, Congress passed a law allowing the administration to sanction individuals who import or export goods and money to North Korea.

The fifth and most recent nuclear test was last September. It was as strong as the bombs dropped on Hiroshima and Nagasaki. The UN once again tightened sanctions.