The man accused of stabbing, suffocating and dismembering his on-again, off-again girlfriend admits to the crime in a jailhouse interview. Learn more. 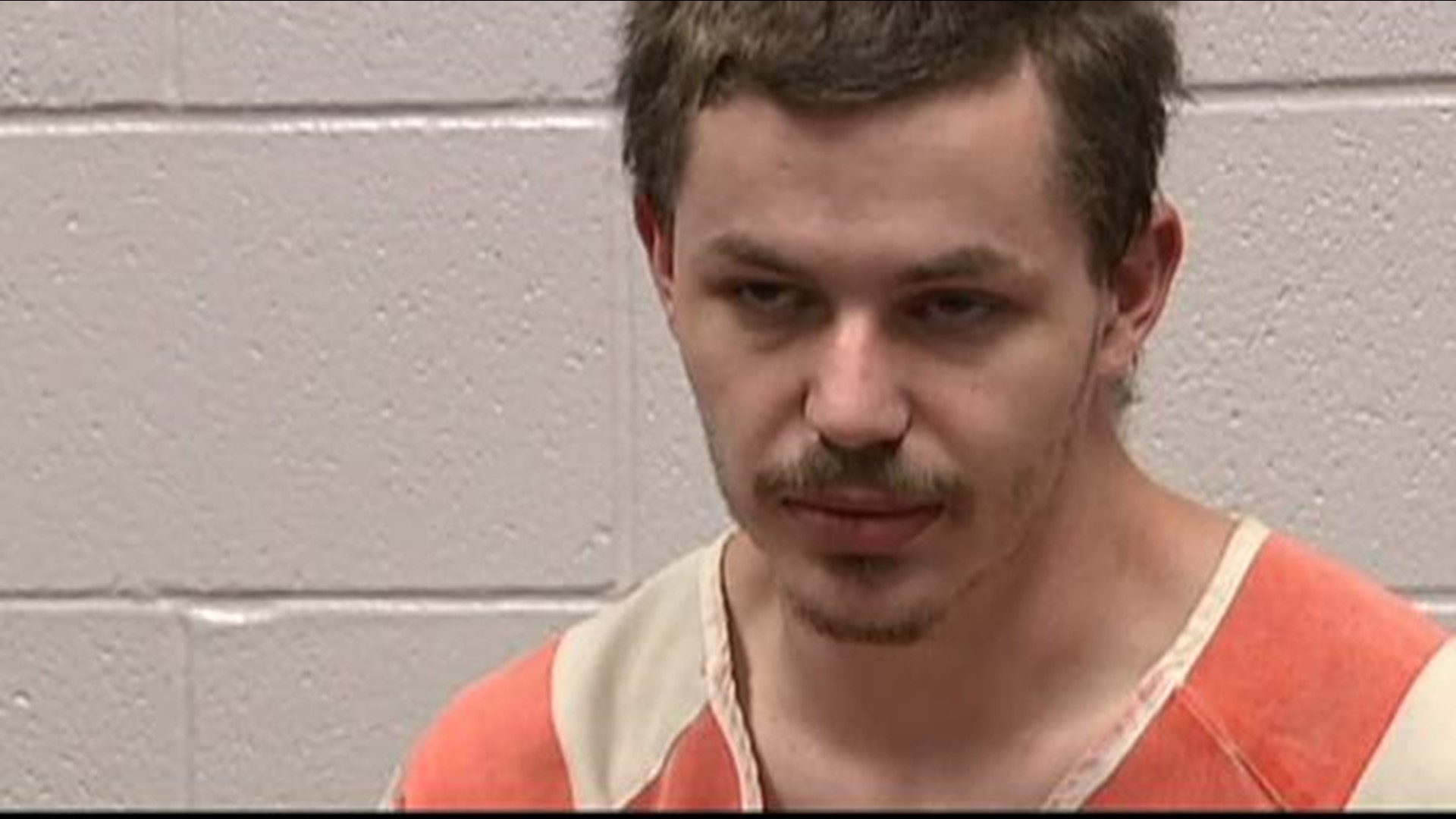 The man accused of stabbing, suffocating and dismembering his on-again, off-again girlfriend admitted Wednesday to the crime during a jailhouse interview.

Matthew Puccio is at the Tri-County Jail, charged in the slaying his ex-girlfriend, Jessica Sacco, ONN's Denise Alex reported.

Puccio, 25, said that he killed Sacco, 21, three days after he found a text message that said Sacco planned to have Puccio killed.

"She started crying and told me, 'I wish I didn't have to die, but I understand what I did,'" Puccio said.

Puccio claimed that his relationship with Sacco went downhill in February when she turned to witchcraft.

Sacco's friend, Amanda Erb, said that Puccio was the problem in their relationship.

"I've been telling her, 'You need to get him out of here,'" Erb said. "Maybe that's what set the whole thing off. Maybe she had enough and was going to tell him to leave. I don't know."

Erb said that the two met on Facebook about six months ago, and Puccio moved from Texas to Urbana. Sacco recently moved to Ohio from California.

Puccio said that he decided on March 22 to end his relationship with Sacco.

"She was pleading with me to slash her throat and slash her wrist, do something," Puccio said. "And I told her, 'No, I can't do that to you,' and she told me to stab her then. So, I just held my hand above her stomach. She grabbed my wrist and pulled it into her stomach."

Puccio said that six to seven hours after the stabbing, he put a plastic bag over her head, and within 20 seconds, she was dead.

Puccio said that her last words were, "I still love you, and I forgive you."

Christopher Wright, 37, and Sharon Cook, 25, both from Urbana, are charged with abuse of a corpse and tampering with evidence for helping dismember Sacco's body, prosecutors said.

Andrew Forney, 26, and Kandis Forney, 25, from Fenton, Mich., are accused of dumping body parts in the Cincinnati and Covington, Ky., areas.