The School Board says signs will go up to identify existing gender neutral bathrooms as “male” or “female” after a directive from the City. 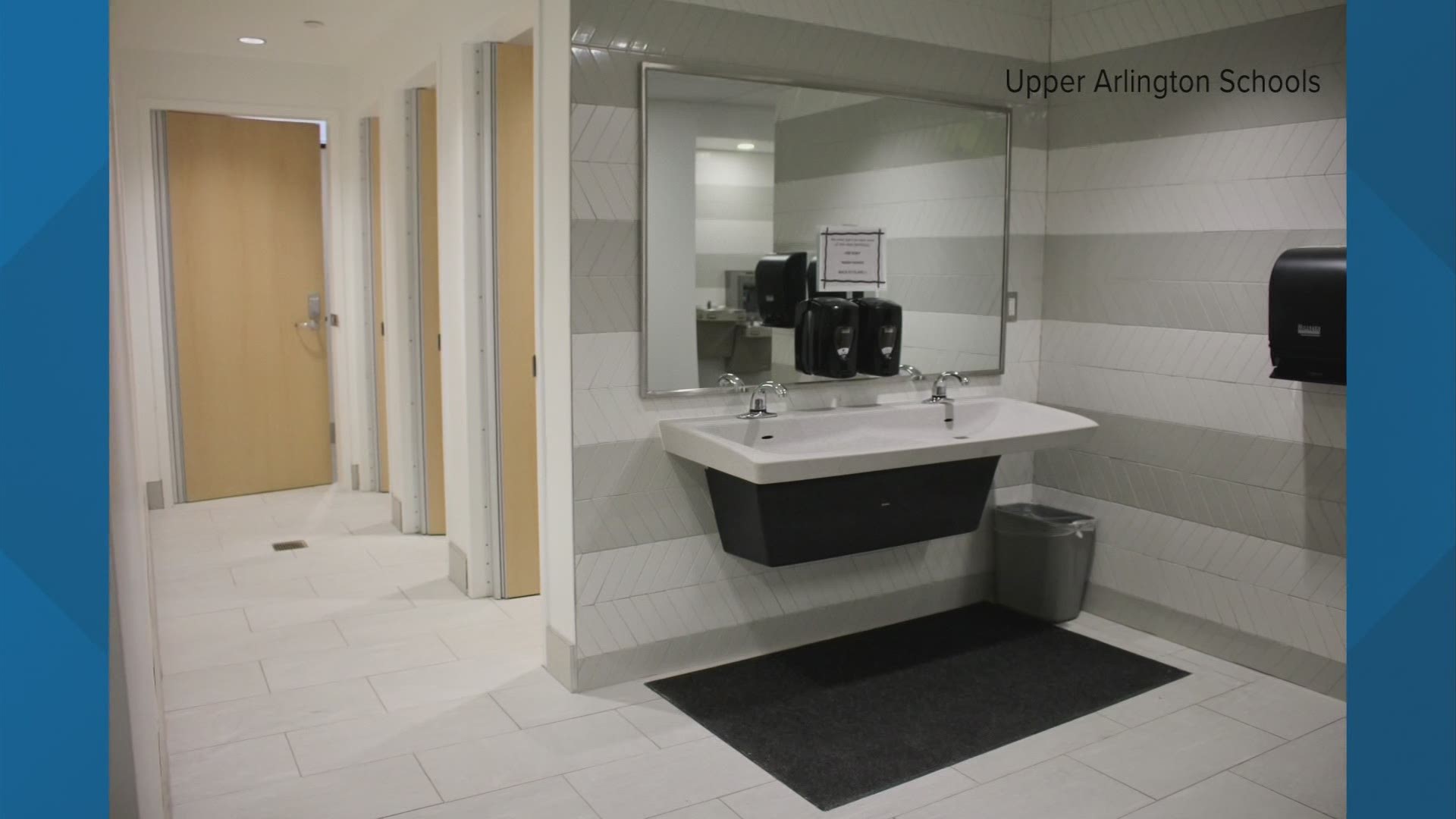 UPPER ARLINGTON, Ohio — In Upper Arlington, a heated meeting for parents about bathrooms. The school board announced Tuesday it will be getting rid of its new gender-neutral bathrooms, because the city says they’re not allowed.

The gender-neutral restrooms have floor to ceiling doors, locks, and are for both men and women.

“I'm concerned for the safety of my daughter and my son as well,” said one parent at Tuesday’s school board meeting.

These bathrooms have been put in six Upper Arlington schools that are being built or were recently renovated.

It is important to note gender-specific restrooms, as in restrooms labeled "men" and "women,” have also been put in these buildings.

At Tuesday night's school board meeting, the board announced a resolution saying they would put up signs to distinguish the restrooms as male or female, after a directive from the City of Upper Arlington. The city saying the district went against Ohio code.

Ohio's code says "separate compartments shall be furnished for different sexes, each being properly designated."

But some parents say gender-neutral restrooms can only help children.

“It will offer them protection, privacy in a space where they have none, it will give them one less reason to feel different or excluded, it will provide them a private space for children with medical conditions, it will affirm to all of the transgender, nonconforming students that they matter,” said one parent at Tuesday’s meeting.

“What we're really talking about here is visibility and representation in validating a young person's experience of their own gender,” said Erin Upchurch, Executive Director, Kaleidoscope Youth Center.

The district says the signs to distinguish the bathrooms as "male" or "female" will most likely not go up until school lets out.

Three schools re-opened this year with the gender-neutral bathrooms; The district says students have been using them without incident.