Parents and their kids waiting in the car pool line last week at an elementary school in Florida say they saw a prehistoric dinosaur cruising down the sidewalk. 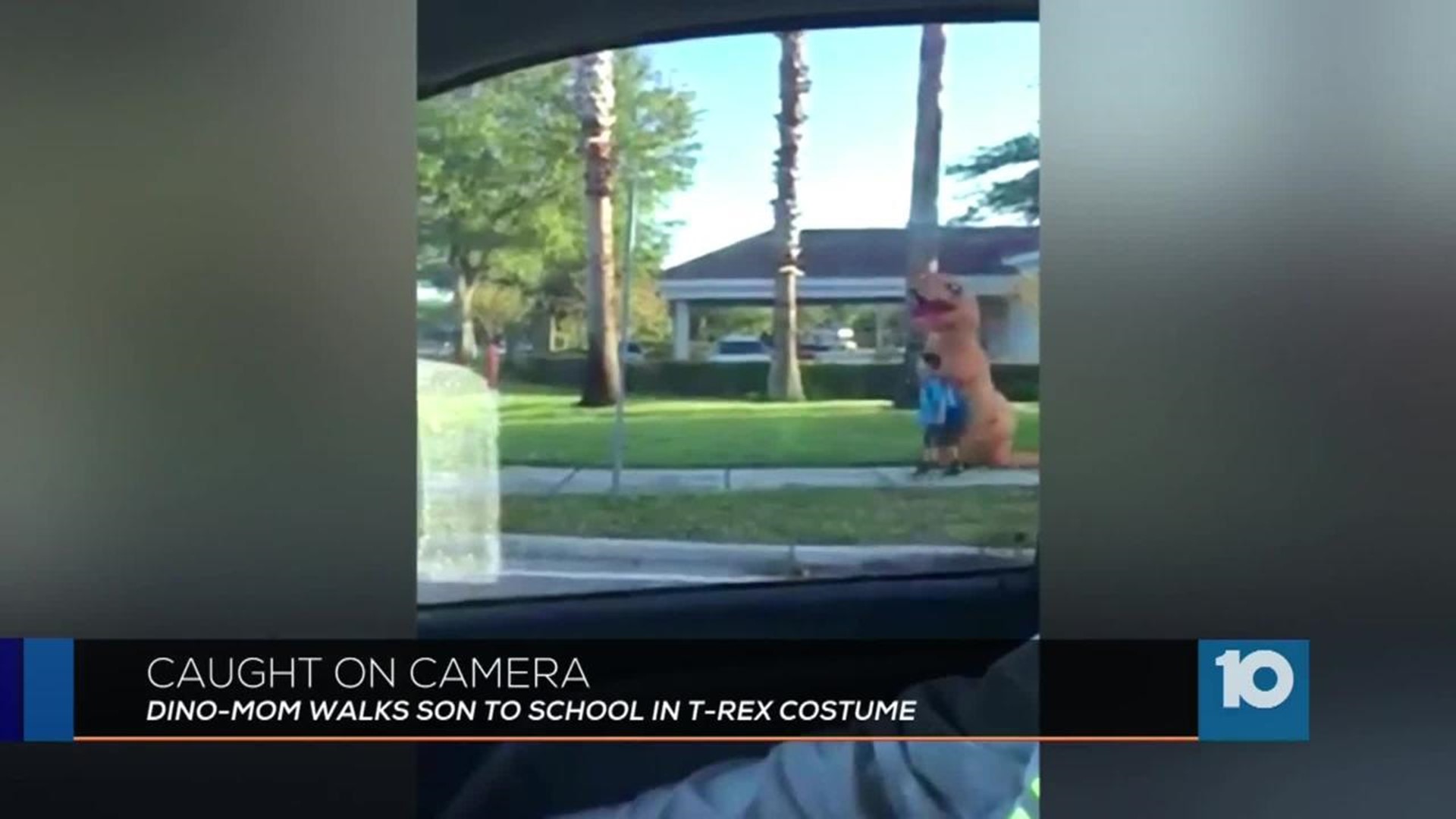 Parents and their kids waiting in the car pool line last week at an elementary school in Florida say they saw a prehistoric dinosaur cruising down the sidewalk.

Leslie Eggenberger decided to sport a different outfit than the average parent as she walked her 7-year-old son, Max, to school.

Max, a second-grade student at Red Bug Elementary, asked his mother to rock her T. Rex costume while walking him to school on Tuesday for no real reason, other than that he finds it hilarious.

Eggenberger happily obliged. The mother of two boys said she has worn the outfit randomly in public in hopes of making people laugh.

"My 7 and 8-year-old boys love watching me wear the T. rex outfit," Eggeneberger said. "I want to teach them to not care what people think about them, to just be brave and do whatever you want to do."

Eggenberger said she's gotten a lot of positive reaction from her T. rex stunt. She said a woman on her bike laughed and told her, "I needed that this morning." The mom also said a lot of children on their way to school roared at her from their cars, and she gleefully roared back.

Eggenberger said she had no idea that a video of her was going viral until a friend tagged her in the video on Facebook. She said she was happy to give them a laugh.

Be on the lookout for a T. rex around Central Florida. Eggenberger said she'll definitely be wearing the costume again in hopes of bringing a smile to people's faces.