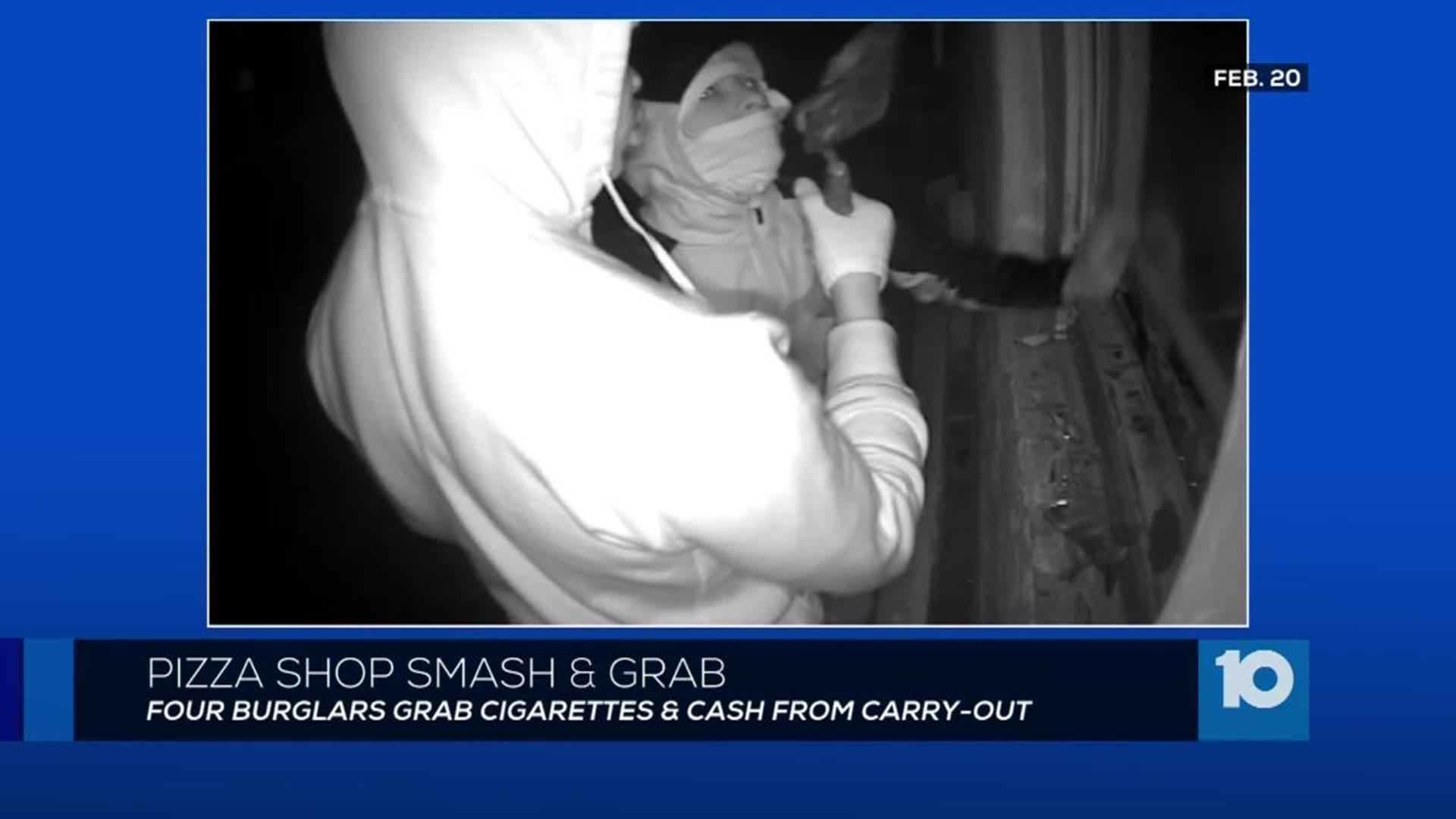 Columbus Police are working to track down four men they believe broke into an east Columbus carry-out.

They couldn't get in, but police say three suspects returned around 4:00 a.m. with a shovel and were able to break in.

They stole thousands of dollars worth of cigarettes and cash.

Police believe one of the suspects is known as "Diamond."

If you recognize anyone in the pictures, call Columbus Police.