The camera caught a thief stealing two packages and an envelope. 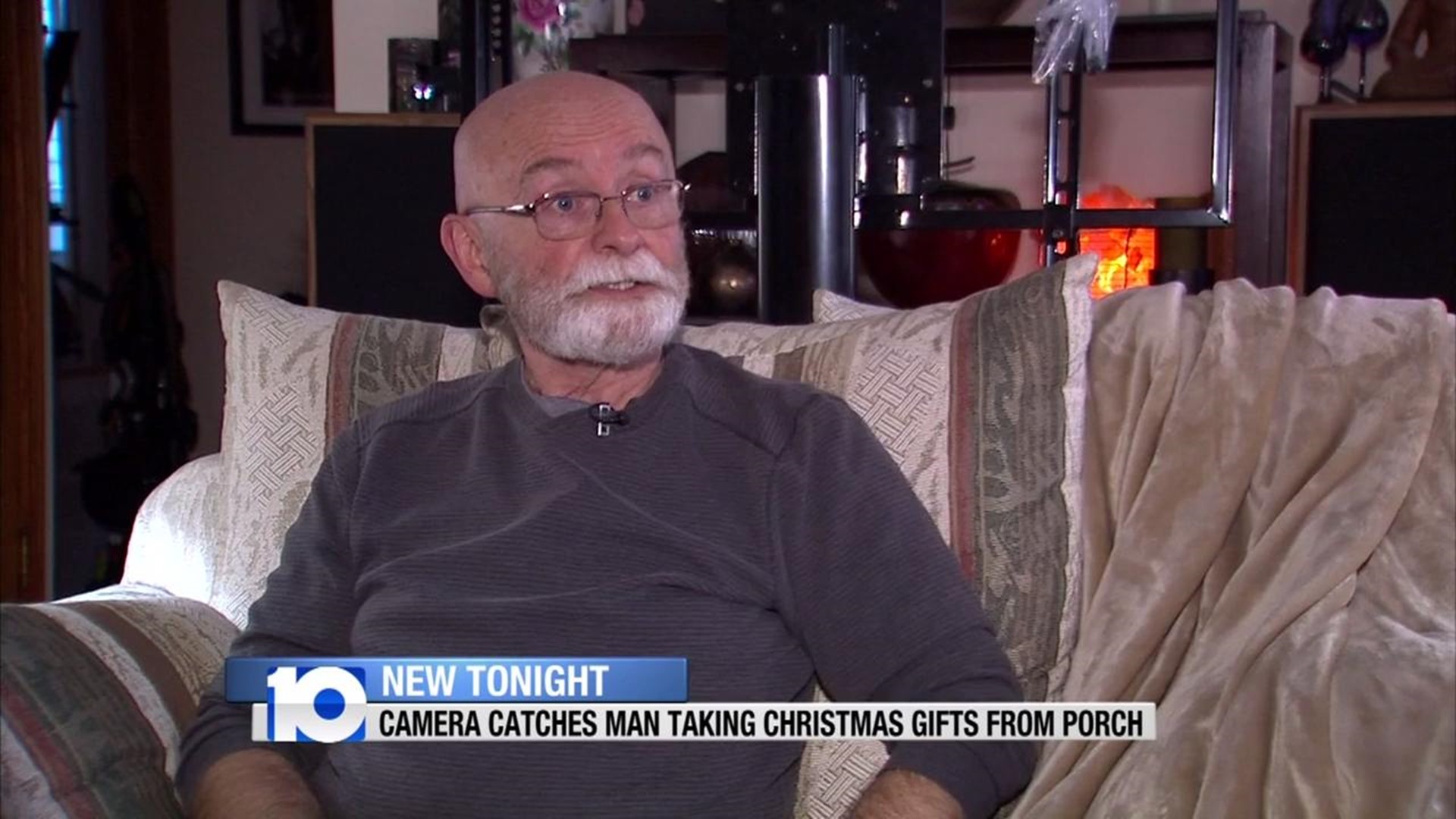 It’s the busiest time of year for deliveries as people are buying or receiving gifts for the holidays.

Sadly, there are also more reports of thieves swooping in and stealing them while they sit outside.

That exact thing happened to one North Columbus homeowner. But in this case, there was someone watching him.

A security camera outside Larry Bales’ home captured the UPS delivery drive at his front door at 10:52 a.m. Tuesday morning.

He's dropping off Bales’ Christmas gifts he ordered for his daughter.

“This was the major present and I was concerned about it getting here on time,” he said.

Roughly 10 minutes later the packages are gone, after the suspect walks up to the porch and walks away with them.

“First time I've ever had anything stolen and I've been here for 17 years,” Bales said.

Luckily Bales has the camera on his front door to capture the suspect.

Bales says he was out shopping when his security system sent him an alert on his cell phone that someone was on his porch.

He says it's not the first time someone in his Kenmore Park neighborhood has had packages stolen, and it's a not a new crime trend in Columbus.

In November, a homeowner in Victorian Village used his security camera to catch this woman stealing a package from his front door.

He was able to run after her, and get the package back.

As for Bales he says all is not lost. He says the company he bought his gifts from is sending a replacement--at no charge.

“I'll have the items Thursday. I won't be leaving the house,” he said.

As for the person who took his gifts, he hopes someone recognizes him and calls police.

“I'd like to see him raked over the coals,” Bales said.

There are some things you can do to avoid being a victim of these package thefts.

First, if you know when the package will be delivered using the tracking number stay home to get it.

Have the package delivered to a secure address like your work or have a neighbor watch your home and have them hold the package for you.

If you are receiving packages via FedEx or UPS, you can customize delivery times and addresses, have your packages held at their locations, and provide specific instructions via their websites.

If you suspect a package has been stolen, file a police report. Then contact the shipper to report the theft so that they can file an insurance claim and send a replacement package.