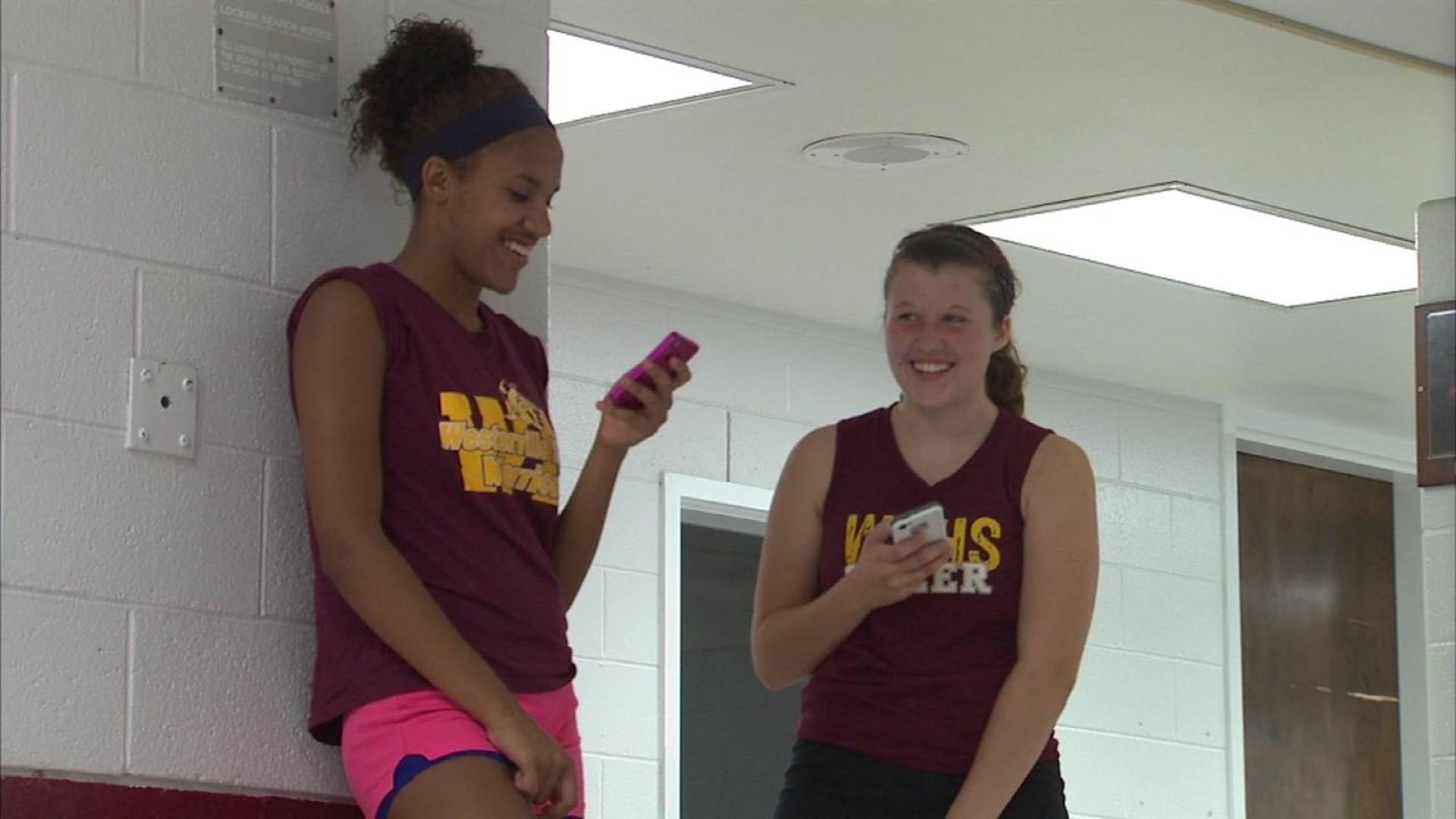 Emily Saleme is rarely without her cell phone. The Westerville North High School senior said she is "attached" to the device and called it her "first priority" in the morning.

"I use my phone as like an alarm. I wake up to it," said Saleme. "It's in my bed with me sometimes. I fall asleep texting people."

Now, students like Saleme have one more place to send and receive those text messages. Some districts have relaxed the rules for cell phones in schools.

"Some teachers are o.k. if you leave it on your desk. Some teachers won't let you have it out," said Westerville North High School Junior Grace Zaher. "We can still use it at lunch, whenever we want."

Zaher said she receives text messages from teachers ahead of important tests. She described the reminders as helpful, particularly in her chemistry class.

"I really like getting my chemistry teacher's texts. I'll be studying the entire chapter, and she'll say there may or may not be an extended response question on part of section two," Zaher said.

Others like WNHS Junior Markaila Gordon, use her cell phone to check grades, get homework assignments and study.

"Since we are on our phones all the time, we know how they work," said WNHS Junior Markaila Gordon. "For some people, it is easier for them to use than to write. I think it is faster and more efficient."

Some teachers have are seeing the benefits too.

"We had some students who maybe said have said three or four words the entire semester," said Damon Mollenkopf, Westerville North High School Advanced Placement History Teacher. "All of a sudden, they are giving me these fantastic contributions via twitter or via texting or via email."

Mollenkopf has allowed students to use cell phones in his classroom at least four years. He says the devices are not required but allowed.

"It's about trying to differentiate and trying to create as many different ways to get kids on board with what we're doing," said Mollenkopf. "It really has forced a lot of people in education to rethink how we do things."


Saleme is a former student.

"Sometimes outside of class, we'll tweet at him. We can have Twitter discussions. We can tweet questions or anything we see throughout the day," said Saleme. "He lets us have our phones on the desk. If we had a text message from our parents or anything, we could just like grab it."

Mollenkopf admits the temptation for students to send text messages to friends is real.

"They are probably going to text their friends, but they're probably also going to be texting about something that's going on here," he said. "Where I found that it started working, my anecdotal evidence, I can get online and I can see kids using twitter or writing blogs at 9:30 on a Saturday night. Tell me when was the last time you saw a kid working on anything school related at 9:30 on a Saturday night?"

The networking services have connected Mollenkopf to tools he called unavailable in his classroom. Skype has allowed the Westerville, Ohio teacher to connect his students with educators abroad.

"I made a relationship with someone in Great Britain who is a history teacher," said Mollenkopf. "We're going to see this person today. They are going to explain to us how they teach the American Revolution differently than we teach it here in the United States. Those are people I could never bring into my classroom. That is expertise I could never bring into my classroom, with Skype I can do that."

It’s just one example of how social networking is changing how students are educated every day.