Teacher Wants Job Back After Being Fired For Her Sexual Orientation

A teacher who was fired for her sexual orientation tells 10TV that she can't believe it happened. 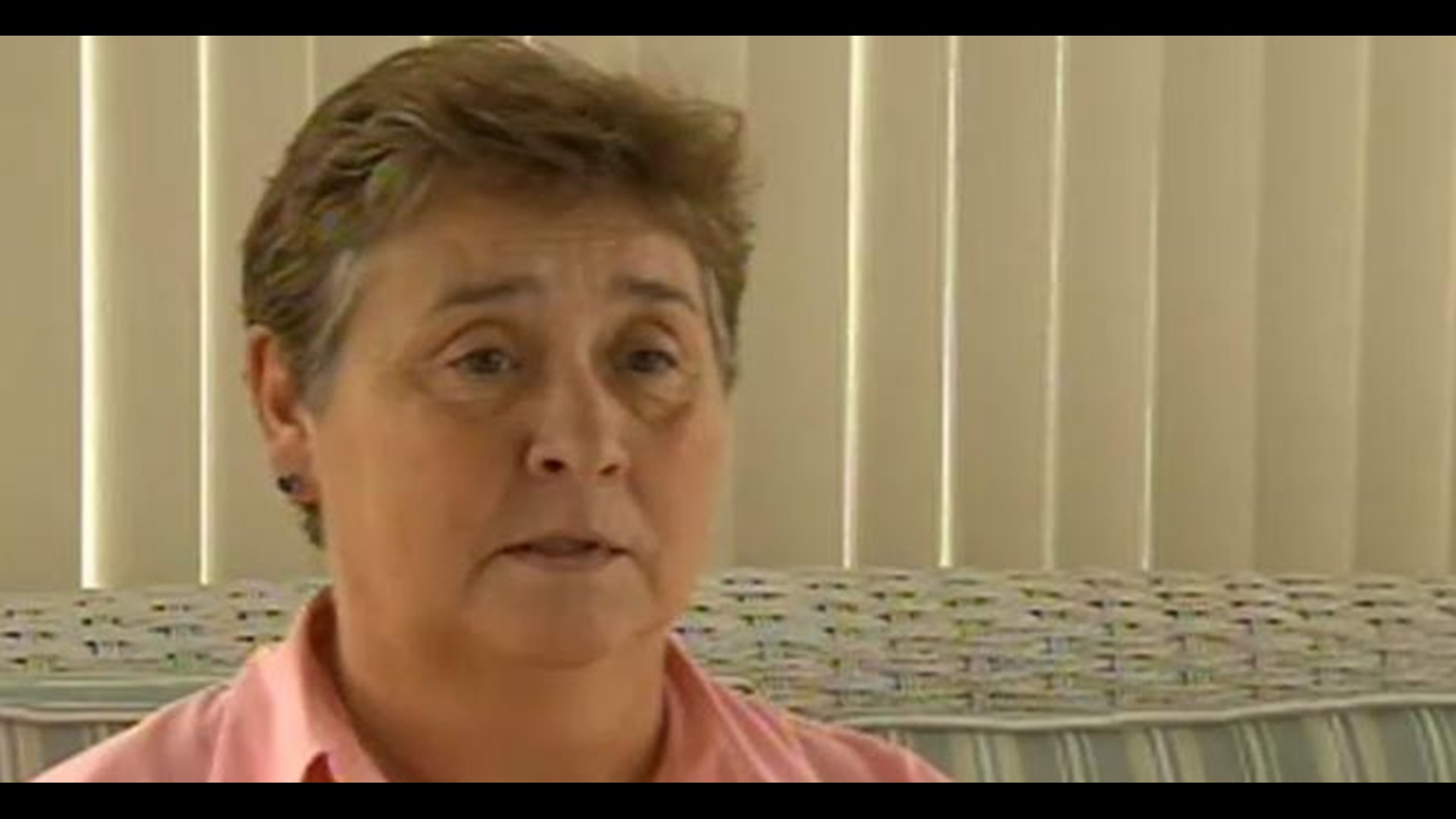 Carla Hale is speaking out for the first time since getting her walking papers from her job at Bishop Watterson High school in north Columbus after a 19-year career there.

"I can't grasp that it's really happening,” she said.

Hale said the last two months have been a horrible nightmare, ever since her mother passed away.

The obituary in the newspaper listed Carla as a surviving daughter, with her female partner’s name, right next to hers in parentheses.

Then, Hale said an anonymous letter was sent to the Diocese complaining about her lifestyle.

“They just wanted an explanation, a response,” Hale said.  “I just looked at them and I said I don’t really have a response – it’s my Mom’s obituary.”

About two weeks later on Holy Thursday,  March 28,  she was fired.

Her termination letter stated that her relationship violates the moral laws of the Catholic Church.

"I was shocked,” Hale said. “That had nothing to do with my ability to teach and coach. I don't think I'm immoral, I don't think I've done anything that's unethical," she said.

She says her firing sends a hypocritical message to students and the community.

"I try to teach tolerance, respect, self-discipline - all character traits that you want your students – sons and daughters to be,” she said. "I think I'm a very good role model. I think my
students are testament of that."

She wonders where the Catholic Church draws the line with other sins, such as divorce, a couple living together out of wedlock and people using birth control.

She says she has always guarded her private life and does not preach her lifestyle to others.

As a physical education teacher, she says she does not teach any religious doctrine to students.

She says she has always been a practicing Methodist, and does not have a ‘spousal’ relationship with her partner because gay marriage is not legal in Ohio.

Thousands of people, many of them current and former students, are condemning the decision, signing an online petition to pressure the Diocese to give her job back.

10TV learned that one of the nation’s largest LGBT civil rights organizations, The Human Rights Campaign, has now thrown its support to Hale.

Another local group says it plans to flood the school and the Diocese of Columbus with phone calls and emails in the coming days.

Hale says she's overwhelmed by the swell of support.

She's filed a grievance - and hopes to have an answer soon.

"Honestly, if I could be teaching in the next few days, maybe a week, that's where I am, that's what I want," she said, adding “I think it’s still a great place to be, work and teach, and I would love nothing more than to be reinstated.”

If the grievance fails, Carla and her attorney say they may file a complaint with the Columbus Community Relations Commission - or seek reinstatement through the city's anti-discrimination law in common pleas court.

The city attorney's office told 10TV the Diocese would not be exempt from the city’s anti-discrimination law, but the constitutionality of that issue could be challenged at a higher level.

The Diocese of Columbus told 10TV it is not commenting about Hale’s case because it is a personnel matter.